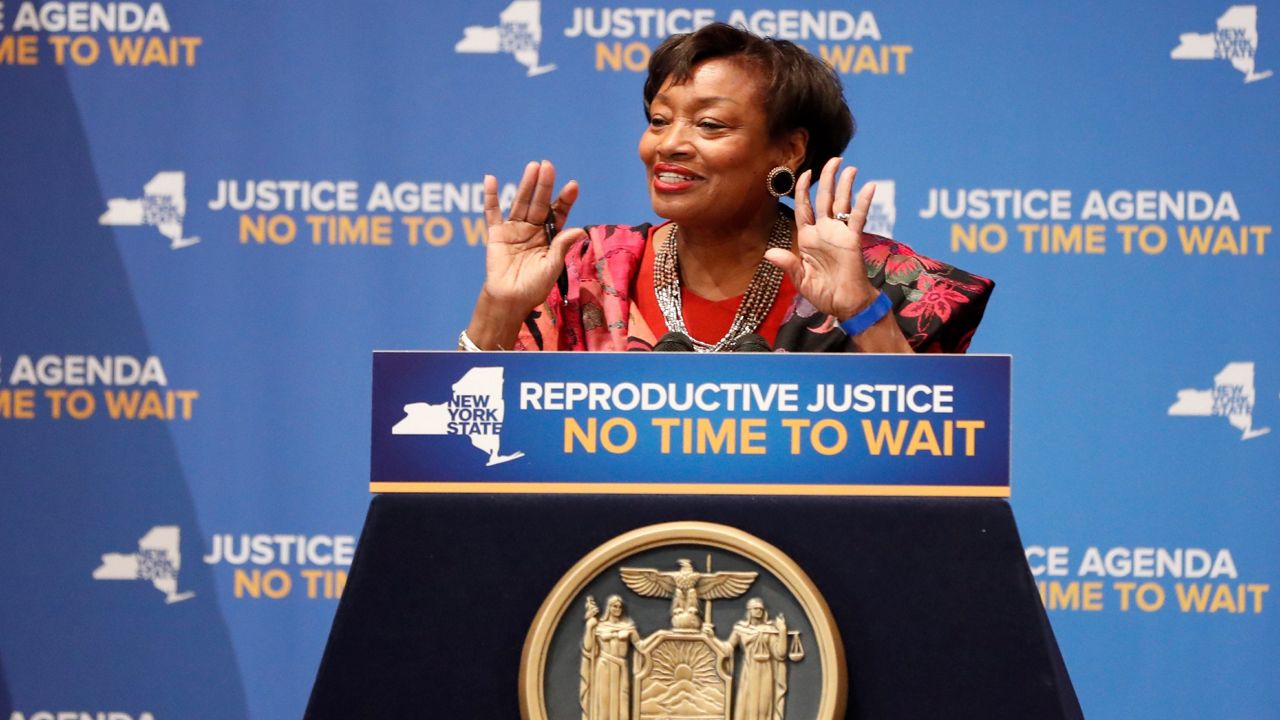 The leaked Supreme Court draft of Associate Justice Samuel Alito’s majority opinion which overturns Roe v. Wade instilled a sense of purpose into a state Democratic Party that had been languishing amid inflation and high crime rates.

When Capital Tonight asked New York state Senate Majority Leader Andrea Stewart-Cousins whether, beyond codifying a right to an abortion, she would support a constitutional right to privacy, she appeared deflated by the necessity of the question.

“I really am very saddened, frankly, to be having this conversation because there are certain assumptions that I have as somebody who has a legacy of having been discriminated against. To be having this conversation in 2022, it’s just incredible to me,” she said. “But we are on this path and I will repeat it again and again, because for some reason there is some kind of radical agenda by so many of my Republican colleagues that seem to feel, that it’s okay to storm the Capitol but it’s not okay to have control over your own [body]. I’m very confused.”

In response to the question asked, Stewart-Cousins said yes, the need to codify a right to privacy will likely be necessary.

“Right to privacy, right to your body autonomy, all of those things are things that, I believe, sadly, we will have to codify in order for New Yorkers to be okay,” Stewart-Cousins said.

In a wide-ranging interview with Capital Tonight, the majority leader also discussed why the right to an abortion has undergirded the lives of all women whether or not they have chosen to seek an abortion.

“To talk about the health of these women, the health of their families, their prospects for the future, their abilities or inability to take places in the workforce, so much of the quality of knowing that you have control over your life’s choices makes such a difference in terms of how you proceed in life,” she continued.

On Monday, state Republican Party Chairman Nick Langworthy issued a statement saying that the abortion issue is an attempt by Democrats to distract voters from their “disastrous record on the economy and crime." When asked to respond to that assertion, Stewart-Cousins said the opposite is true, and pointed to the 2019 vote on the Reproductive Health Act for which no Republicans voted in favor of.

“There is a totally radical agenda that [Republicans] want to distract from,” she said.

Democrats in the state Senate are overwhelmingly in favor of abortion rights and have already introduced a number of bills that will further protect women who seek abortions in New York. One bill would allow pharmacists to prescribe and dispense contraceptives. Another would protect doctors who perform abortions from cooperating with out-of-state investigations.

“I can assure you that we are looking at funding. We are looking at protection. As I said yesterday, I have no intention of having people hunted in Texas being hunted here in New York,” Stewart-Cousins said.

Additionally, state Sen. Liz Krueger has introduced a constitutional amendment that would protect a person’s right to reproductive care.

When asked if she preferred an amendment that deals specifically with Roe, or a broader amendment on gender equality, Stewart-Cousins said she was more interested in the latter.

“I think that the idea now is to create a broad-based constitutional amendment that pretty much says that ‘we respect you for who you are’,” she said. “Obviously, we also want to (include) the pregnancy outcomes piece of that, which talks about the Roe piece.”