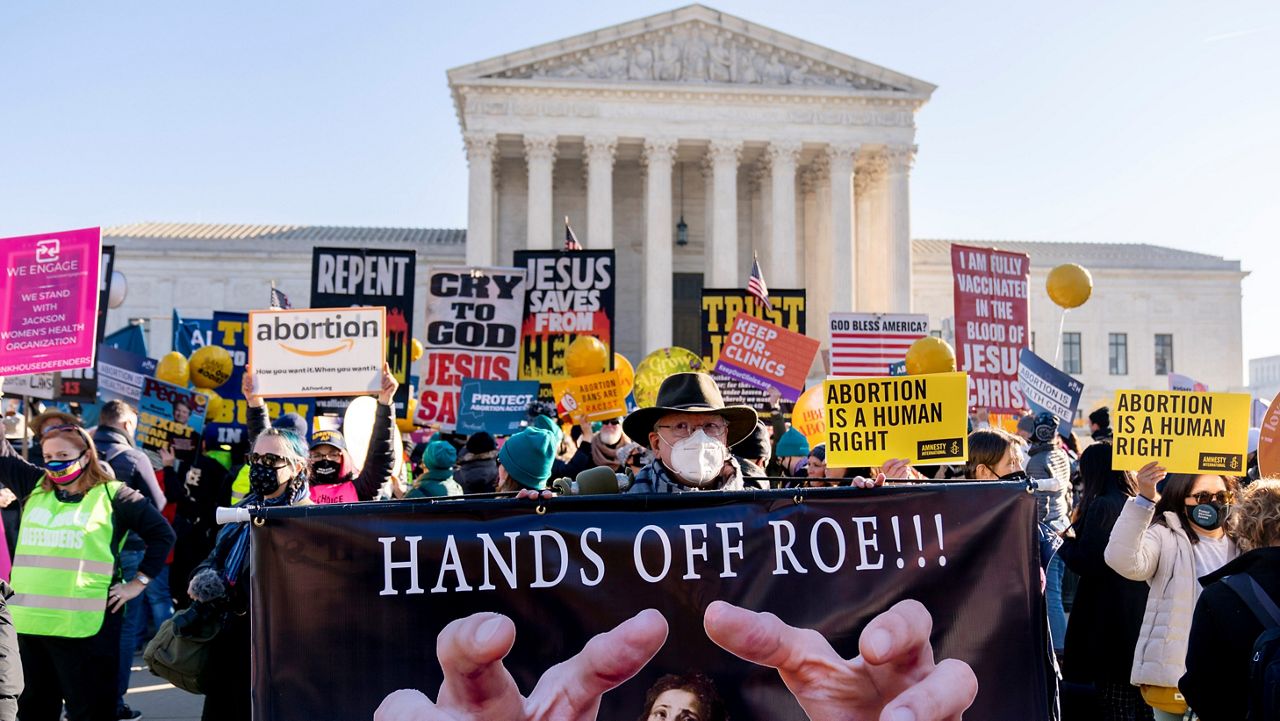 Planned Parenthood of Central and Western New York President & CEO Michelle Casey said the organization is preparing for some states to take that action immediately.

"It's a really bad situation, especially for people who have lesser means, who are Black and brown, who are young, who have low incomes," Casey said.

New Yorkers for Constitutional Freedoms Executive Director Jason McGuire, who has advocated against abortion for years, said he's concerned about the leak as an attempt to subvert the judicial process, but is optimistic at least five judges appear to favor overturning established abortion rights.

"I'm afraid to hope for too much not knowing what may happen if the other shoe may drop, but as of today, it looks like to be a very good day for those of us in the pro-life community," McGuire said.

McGuire believes the ruling restores states rights and doesn't think much will change in the largely Democratic New York where the Women's Reproductive Health Act codified parts of Roe in 2019. However, he does believe the state will encourage what he called "abortion tourism" in which women seeking the procedure will travel to New York.

"For me, it's not just a fiscal concern. It really is a social concern, a moral concern and frankly it's a disrespect of laws of other states to think that we would want to circumvent the laws that other legislatures take. That should be troubling for New York legislators," he said.

Casey said her organization is expecting 4,000 to 5,000 patients annually just from the state of Ohio if the decision becomes official.  She said Planned Parenthood will be pushing for increased funding from donors and the state as soon as by the end of the current legislative session.

"We were already struggling as an affiliate to meet the needs of our patients and sort of keep financially right-side-up as a safety net provider," Casey said.

On Tuesday, state Senate Majority Leader Andrea Stewart-Cousins confirmed everything is on the table including increased funding and a possible constitutional amendment. She said states need to be the last line of defense.