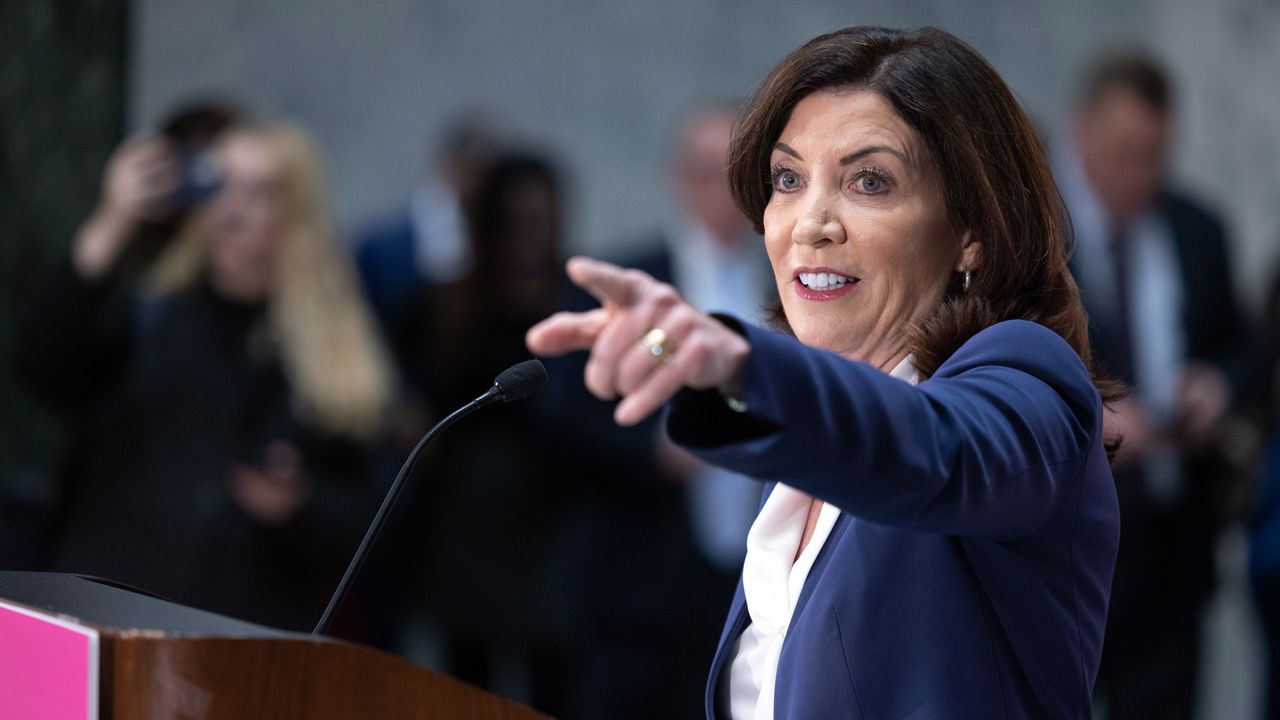 Gov. Kathy Hochul has yet to present her budget to the state legislature, leaving the Capitol in a bit of a paralysis.

The lack of progress comes as Hochul and members of the state Senate are still engaged in a bitter standoff over Hochul’s nominee for chief judge.


Hochul maintains LaSalle is entitled to a vote by the full state Senate. And she may sue to force that vote, but she still hasn’t made a decision about how to proceed.

“You will all know everything you need to know in due process, in due time,” Hochul told reporters in Albany Tuesday. “But as the governor, it is my prerogative to do what is best for the people of the State of New York after thoughtful analysis and consultation. And I assure you that is my guiding star.”

In the meantime, the critical business of hearings and passing a budget is in a bit of a holding pattern. Hochul hasn’t presented her executive budget to the legislature, and some believe the rancor over LaSalle hasn’t helped.

.@GovKathyHochul still no decision on what action to take on LaSalle’s nomination.

It’s interesting how much this has brought business at the Capitol to a standstill. The bad blood, the lack of plan on how to proceed. People don’t even know when Hochul will present her budget. https://t.co/vexU9PUDtZ

“In Albany so many important decisions are made by so few people that there is only so much bandwidth the system can handle,” said Blair Horner of the Public Interest Research Group. “And I think that the LaSalle hearings obviously used up bandwidth, both with the executive and also in the state Senate.”

Perhaps further illustrating the tension over LaSalle between the Senate and Hochul, state Senate Majority Leader Andréa Stewart-Cousins said she is waiting for Hochul to lay out her budget, and she hasn’t spoken to the governor since her Judiciary committee rejected LaSalle.

Hochul will present her budget to the legislature next Wednesday, Feb. 1.

“The real start will be when the governor’s budget comes out next week and then we will know what LaSalle acrimony really means,” says John Kaehny of the good government group Reinvent Albany. “And we will see what happens.”

It’s not to say nothing is getting done in Albany. The senate has passed a number of one house bills, and both the state Senate and Assembly gave second passage Tuesday to a constitutional amendment guaranteeing a right to abortion in New York State.

It will go to voters in a referendum next year.