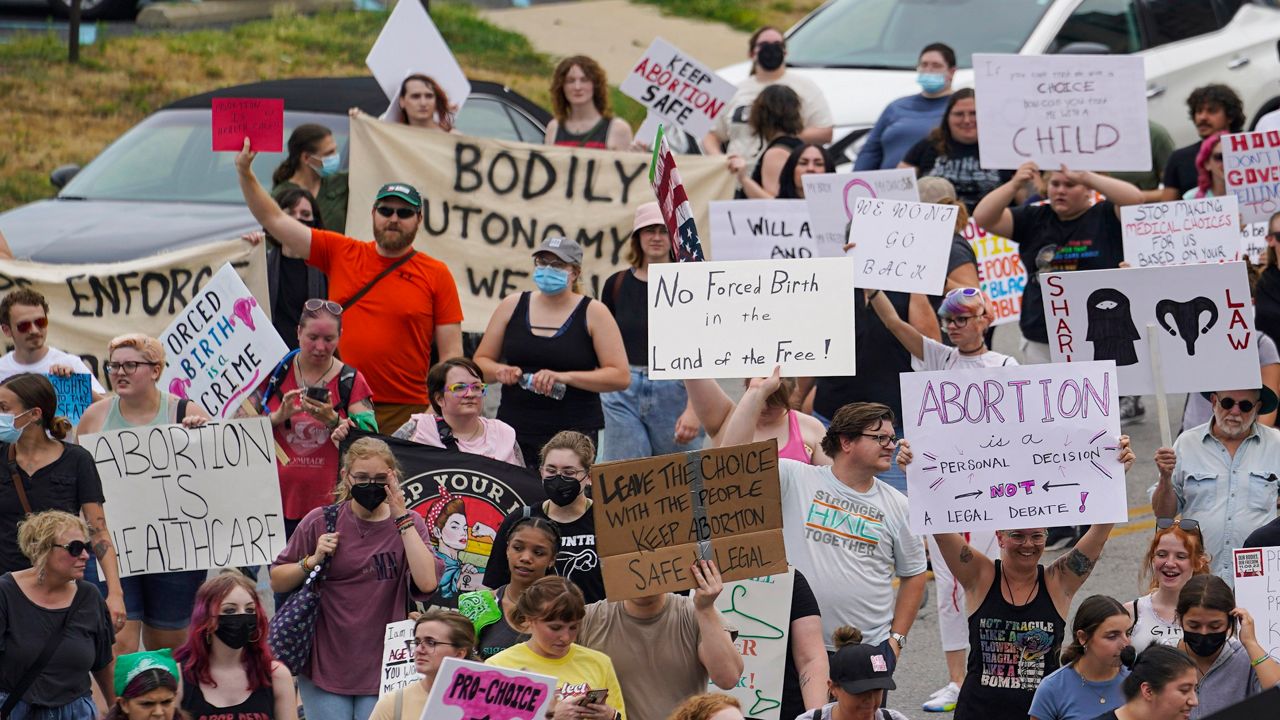 State lawmakers on Tuesday gave final passage to a state constitutional amendment that supporters hope will solidify an expansive set of rights for all New Yorkers.

The measure was approved alongside a package of bills meant to bolster abortion rights, as well, as the Democratic-led state Legislature seeks to lay a marker on the politically charged issue.

But the amendment could have a wide-ranging effect. Supporters pressed for the amendment in the wake of the ruling last year that overturned the landmark abortion case Roe v. Wade at the U.S. Supreme Court. Opponents, however, contend the parameters of the amendment are too broad and could hurt religious institutions.

An equal rights amendment has been proposed for years in Albany, and the final version is meant to enshrine protections against discrimination in a document first put into effect nearly 85 years ago.

With the amendment's second passage reached, voters will have the final say over whether it is added to the constitution in a referendum planned for 2024.

"We need to upgrade our constitution from 1938 to reflect that the world we're living in is very different," said state Sen. Liz Krueger, one of the key architects of the amendment along with Assemblywoman Rebecca Seawright.

The proposal is broadly defined, said Donna Lieberman of the New York Civil Liberties Union, as a means of ensuring all New Yorkers are protected.

"It sends a message to New York that we're here to send up for women, for LGBTQ people, for members of ethics minorities, for equality," Lieberman said.

The amendment was first approved a year ago as abortion and reproductive rights became a key issue for many voters in the wake of the Supreme Court's decision to overturn Roe v. Wade and return the issue to state governments.

There are questions over how effective the amendment could be if a national abortion ban is implemented.

"All of this is about control, right?" said Andrea Miller, the president of the National Institute for Reproductive Health and the NIRH Action Fund said. "And the question around whether you're going to have the ability to make decisions about your sexual and reproductive life is a question of who gets to make those decisions."

But Republicans, including state Assemblyman Chris Tague, are skeptical of the amendment and worry about its effect.

"Those of us who take our faith and our religion very seriously are very concerned about lawsuits against the church or against a certain faith or religion," Tague said.

State Sen. George Borrello is opposed to what he says amounts to a codification of abortion in the state constitution.

"Unfortunately, like so many pieces of legislation, it goes too far," he said. "It's very vague, it's very broad. In the end, my biggest concern is it will codify late-term abortions into the New York state constiution."