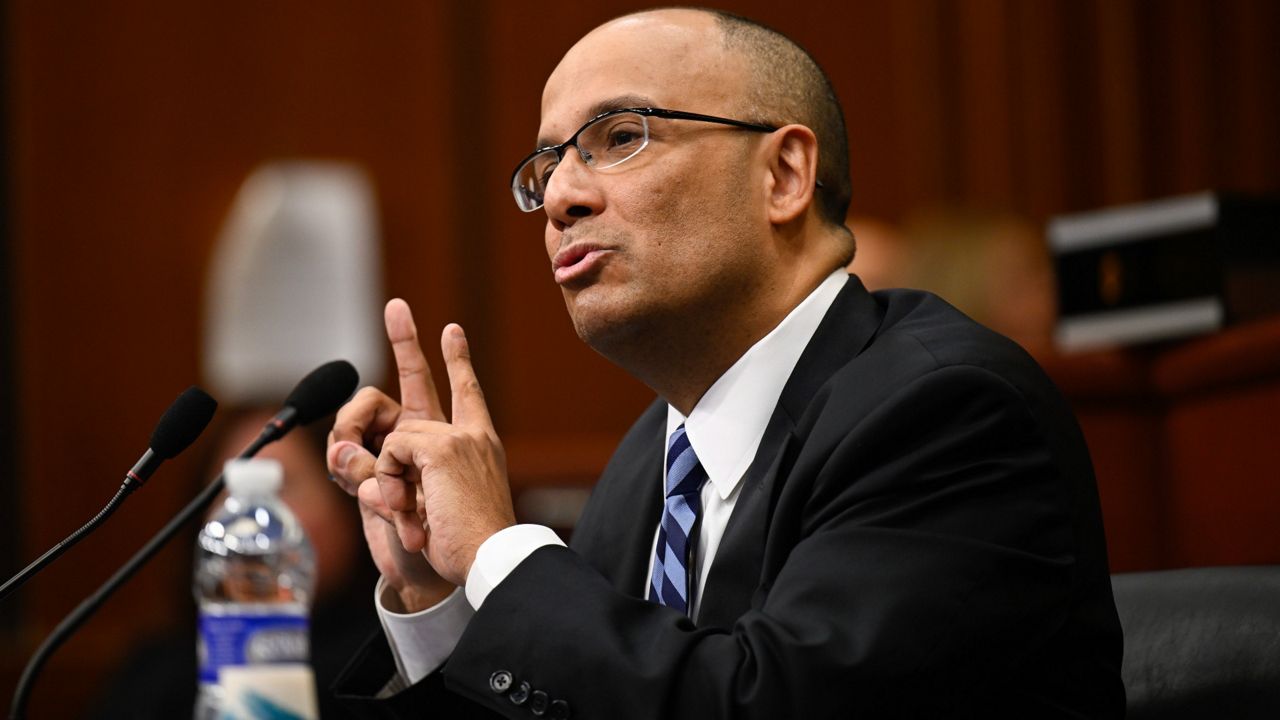 Fallout continues over controversial vote in Senate on Hector LaSalle

Supporters of the Gov. Kathy Hochul’s failed pick to be the state’s top judge are pressing their case that the entire state Senate needs to vote on the nomination rather than a committee.

When the Senate Judiciary Committee voted down the nomination of Hector LaSalle on Wednesday, it did so without advancing his nomination to the floor of the full Senate.

Some legal scholars believe the move was illegal. They say the state constitution requires “advice and consent” from the full Senate, not a committee.

“It is without any doubt whatsoever that Senate rules cannot Trump the state constitution,” former New York State Chief Judge Jonathan Lippman said. “And there is case law from the Court of Appeals. I think it’s King versus Cuomo, and other cases that make crystal clear that the state constitution prevails. So, that is not a legitimate argument, in my view.”

In a virtual press conference, former Chief Judge Jonathan Lippman says a full floor vote in the @NYSenate for Hector LaSalle is required under the state constitution which overrides Senate rules.

Hochul has not said whether she plans to file a lawsuit to force a full vote, but she hasn’t ruled it out either.

.⁦@AndreaSCousins⁩ hits back at critics questioning the @NYSenate⁩’s handling of the Hector LaSalle nomination pic.twitter.com/ntixr0akdx

She issued a statement that said, “This ongoing attack makes it clear that there are those that don’t accept the Senate’s role in this process, and will not be happy unless we simply act as a rubber stamp. This is a dangerous infringement of the separation of powers. Justice LaSalle was rejected based on his record and after 5 hours of testimony.”

Republicans say they agree with Hochul, and that she should sue to force a floor vote.

“I think she has to,” says Senate Minority Leader Robert Ortt. “Meaning, this is her nominee, and it deserves a full vote by the Senate. That has been our conference’s position the whole time. By blocking it in the Judiciary Committee you are essentially depriving, with the exception of six of my members, you are depriving the rest of my conference, including myself, of weighing in and having a vote for Judge LaSalle.”

In an interview on “Inside City Hall” Friday, Sen. Jessica Ramos of Queens, who voted against LaSalle, said previous precedent when it comes to judges needed to change.

“New Yorkers are paying much more attention. We have to be responsive to what New Yorkers want to see on the Judiciary, and that is exactly what we are doing,” Ramos said.

A lawsuit doesn’t guarantee a vote, since the courts could potentially side with the Senate.

It would also likely lead to more bad blood between Democrats in the legislature and the Democratic governor.