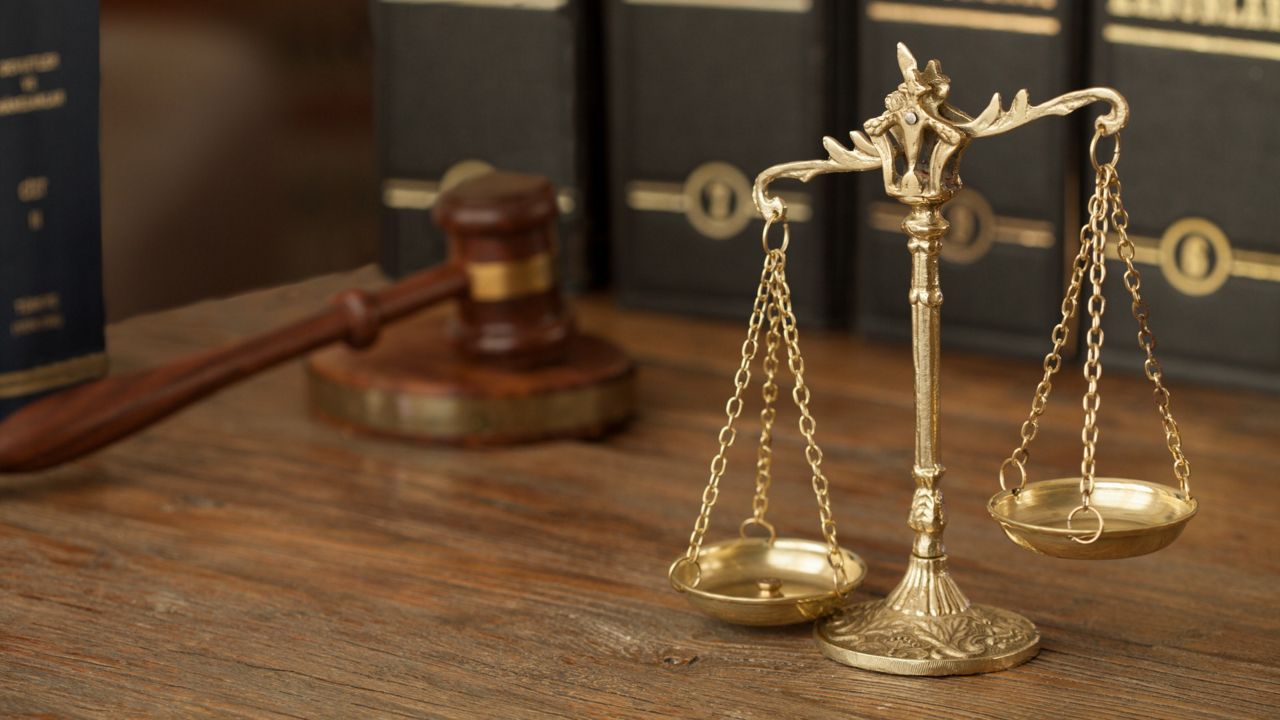 Gov. Kathy Hochul isn't ruling out legal action to ensure her nominee to be the state's most powerful judge is vetted by the full state Senate during his scheduled confirmation hearing next week.

But Senate Judiciary Committee chair Brad Hoylman-Sigal says that won't prevent lawmakers on the committee from voting the way they see fit.

The battle over the governor's nomination of Judge Hector LaSalle to be the next chief judge and lead the state Court of Appeals took a different turn Thursday.

Legal experts in favor of Judge Hector LaSalle came out in force calling for state senators to approve his nomination to be the first Latino to lead the state's highest court after several Democrats said they would not vote for LaSalle within a day of the governor announcing her pick.

Progressive lawmakers dislike LaSalle's background as a former prosecutor, and question some of his past opinions in line with conservative jurists.

"I've had cases where being one of the more liberal, if not the most liberal person on the bench I sat in, where I was in line with the most conservative person on the bench," said New York's former chief judge Jonathan Lippman, who served in the role from 2009 to 2015. "We had many cases like that. This isn't a liberal-conservative test. It's what the law requires."

Lippman knows LaSalle and said he's respected as a nonpartisan justice throughout the state judiciary, and labeling him as a conservative jurist isn't the person he knows. The nomination is being politicized, the former chief judge added of officials and advocates pushing senators to reject LaSalle's appointment.

No one is “cherry picking.” It’s not “just 3 cases” & this has nothing to do with his Latinidad.

Labor union leaders this week urged senators to vote against LaSalle's nomination, pointing to a ruling he supported that allowed union leaders to be sued by their employer.

But Gov. Hochul continues to defend LaSalle's record and says she verified with her attorneys the state constitution requires the full Senate to consider his nomination.

She wouldn't rule out filing a lawsuit against the Senate if the Judiciary Committee prevents a floor vote at an unrelated event in Albany County on Thursday.

"I'm willing to do everything I need to do to get it through the committee," Hochul said. "There's an opportunity for this individual who has been so horribly maligned based on a handful of cherry-picked cases out of 5,000 that don't represent all the times that he's had cases that sided with labor, for example, firefighters, teachers, CSEA workers. So there is a whole body of evidence as well."

Hochul said she's confident in how the process will conclude with a fair confirmation hearing, which the Judiciary Committee will hold for LaSalle at 10 a.m. Wednesday at the Legislative Office Building in Albany.

"I can guarantee that someone who has been called the most pro-labor governor in possibly history — ask the labor unions, they say that about me — would select someone who's anti-labor?" she added.

The governor's appointment for chief judge must be met "with the advice and consent of the senate, from among those recommended by the judicial nominating commission," according to the state constitution.

Hochul says that means the Senate Judiciary Committee must advance LaSalle's nomination to the floor for all 63 senators to consider in a vote.

"Whether we provide that consent is going to be answered at Wednesday's hearing," Hoylman-Sigal said Thursday. "I think we will vote accordingly based on our individual beliefs — the values we share as Democrats."

Earlier this week, Senate Majority Leader Andrea Stewart-Cousins said it would be "easier" if Hochul rescinded LaSalle's nomination and selected another candidate Democrats can unify behind.

Hoylman-Sigal reiterated Thursday he and his colleagues share significant concerns about LaSalle, adding "I think, though, with this nominee, clearly, the writing is on the wall, and I would urge reconsideration."

Progressives support several proposals included in the governor's State of the State address this week, like mental health funding and tying the minimum wage to inflation and others.

But the senator said a potential constitutional showdown isn't the right way to get the new legislative session off on the right foot.

"To think that we're going to be sued into action, I think, is improbable and unwise," he said. "We have a very big agenda that the governor has set forth in her State of the State address. We want to be supportive of that agenda. I know I do.

"I think that Democrats should come together and find a nominee that we can all support — executive and Senate," he added. "I hope that's possible; I still believe it is possible."