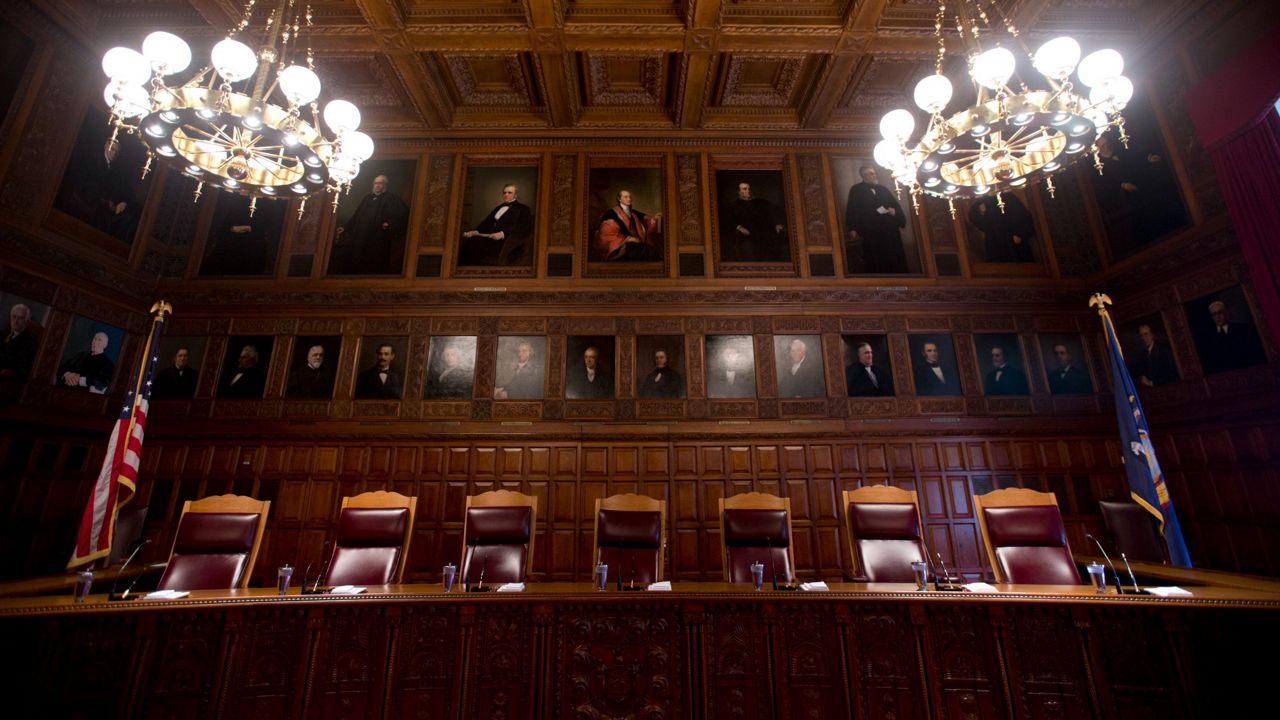 The ongoing battle over Gov. Kathy Hochul's nomination of Justice Hector LaSalle to be the state's next chief judge and lead the Court of Appeals is expected to come to a head next week.

Senate Judiciary Committee chair Brad Hoylman said Tuesday the confirmation hearing is set to happen sometime next week. A specific date, time and location have not been announced, but are expected to by the end of the week.

"Surely, there is a nominee that all Democrats can support," Hoylman said.

Several senators and other progressive Democrats maintain LaSalle isn't the right person to lead the state's highest court, citing concerns over a handful of his past decisions they argue are anti-abortion, anti-due process and anti-union.

If confirmed, he'd be the first Latino justice to lead the state Court of Appeals.

The tension brewing over LaSalle's nomination for chief judge took a back seat Tuesday as lawmakers focused on Hochul's State of the State address and her legislative priorities slated to be part of upcoming budget talks.

It wasn't something the governor mentioned in her speech delivered in the Assembly chamber Tuesday afternoon.

"We're able to walk and chew gum at the same time," Senate Deputy Majority Leader Michael Gianaris said following Hochul's speech. "We're going to agree with the governor on many things and when we disagree, we'll discharge our responsibilities responsibly, and that's what we're doing."

Gianaris, a Queens Democrat, is confident the turmoil over the nomination won't affect other legislative business or senators' relationship with the governor, but reiterated he thinks confirming LaSalle would be a mistake and perpetuate issues on the court under former Chief Judge Janet DiFiore, who resigned last summer amid an ethics probe.

"I think it would be a mistake to not put someone as chief judge who would be more aggressive in regaining the court's stature and reputation which has been damaged under the DiFiore administration," Gianaris said.

The state Court of Appeals has three conservative-leaning and three liberal-leaning justices — meaning the next chief judge and seventh member will be integral to the court's leaning. The state's highest court has become a more significant fight for Democrats following a conservative shift of the U.S. Supreme Court in the last several years, and recent rulings to overturn Roe v. Wade and environmental protections.

Senators accepting the governor's nomination for chief justice is typically a formality that isn't met with such steep pushback.

Gov. Hochul has defended her choice of LaSalle since the announcement Dec. 22, saying a few cases of more than 5,000 don't define his career. Several former justices and experts have also defended LaSalle's record, saying his record is being mischaracterized.

The newly expanded Senate Judiciary Committee will hold a hearing to examine the issues sometime next week.

Senate Labor Committee chair Jessica Ramos was one of five senators to be assigned to the Judiciary Committee on Monday. She says she'll ask LaSalle about her concerns at next week's hearing, but she's skeptical her mind will change.

"We'll see if he passes muster," she said in the Capitol on Tuesday. "I'm going to continue to defend the rights of our unions to organize. I don't want courts to, in any way shape or form, to make it easier for employers to sue unions and their workers. That's pretty cut and dry to me."

Democrats aren't unified on who should be the next chief judge, but Hoylman is confident they'll get there.

Upcoming discussions about other critical issues this session, like addressing housing, the climate, minimum wage and others, will unify the party, he said.

"If anything, that should bring us together and make sure that we as Democrats coalesce around a nominee that we can all support," Hoylman said. "...Democrats have differences. We can get over them. We can work together, find common solutions.

"I think we're going to get there. Whether we get there next week or not is an open question."

Hudson Valley Sen. James Skoufis sits on the Judiciary Committee and met with LaSalle last week, but continues to have concerns about his past rulings impacting labor unions.

Skoufis, a Democrat from Woodbury, said he'll wait for the hearing to decide how to vote. He adds having multiple difficult conversations concurrently is part of the Legislature's due process.

"We're all human, but we're also all professionals here, and you win some and you lose some," Skoufis said. "If the governor is not happy with the outcome of one thing, my hope and everyone's hope, is that we can still be partners on behalf of the people we represent to do the people's work and the functions of government to have a good budget."

If senators vote to reject LaSalle, it's unclear if Hochul will make her selection of another nominee a bargaining chip with legislative leaders during budget negotiations.

"I know the goveror wants a Court of Appeals that is functioning," Hoylman said. "I want one that is progressive that represents the diversity of our state."