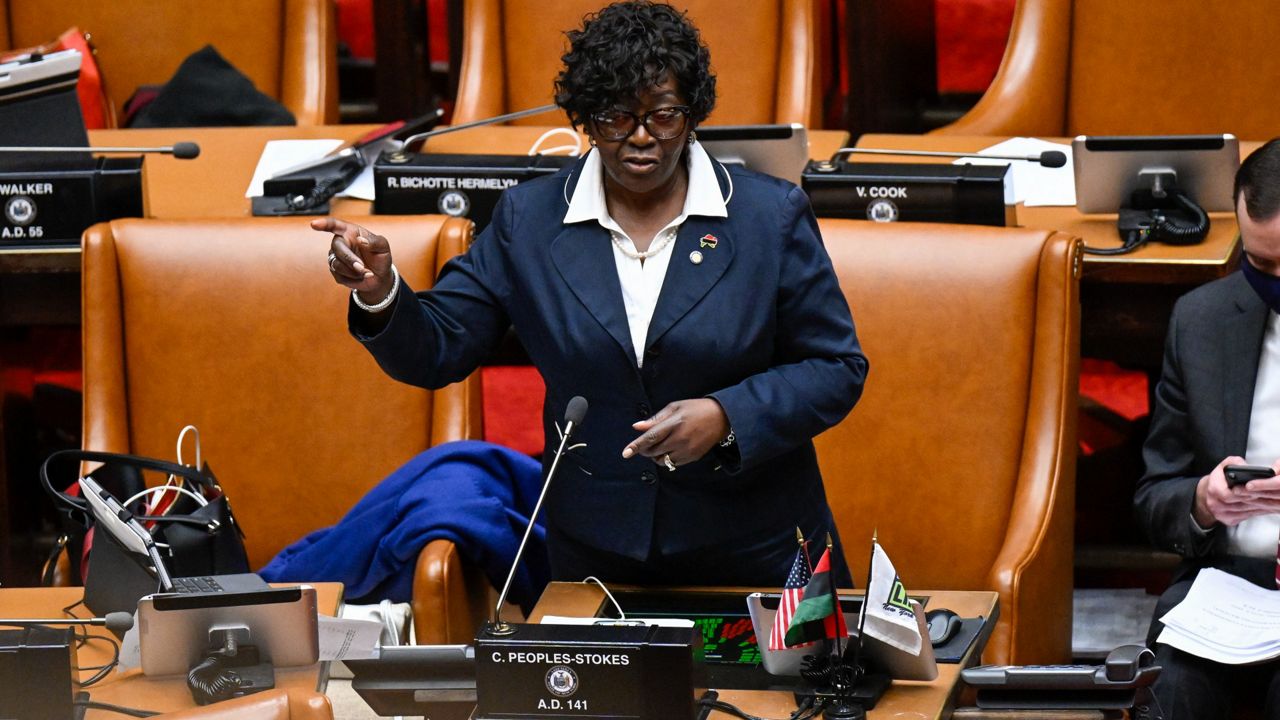 BUFFALO, N.Y. -- Relief is what New York state Assembly Majority Leader Crystal Peoples-Stokes said she felt upon discovering that the man who allegedly killed 10 people at a Tops in her community had pleaded guilty to all of those murders.

The lawmaker believes it was clear he was guilty and the families with whom she's become close to should not have had to deal with a long trial.

"I appreciate what the process that they went through. I realize that that is the process that has to be taken but it's good to know that he will not be on the streets in America anywhere again," she said.

The shooting suspect also becomes the first in New York charged with domestic terrorism. Peoples-Stokes said she's glad the state Legislature had the foresight several years to put the law on the books.

As the federal government continues its prosecution, Peoples-Stokes said this should be a clear example why Congress should reconsider creating its own domestic terrorism classification.

"Domestic terrorism is not endemic to New York state," she said. "This happens all over the country. The radicalization of people to learn how to hate others and want to hurt them based on the reason that they hate them is probably going to happen again."

Some legal experts are speculating the shooting suspect pleaded guilty in Erie County Court in order to avoid the death penalty at the federal level. The majority leader said she does not believe in the death penalty, both as a religious person and one who doesn't believe the criminal justice system treats everyone equally yet.

"There are a lot of people on death row in America and probably across the states are not necessarily guilty but they just didn't win their case," she said.

Peoples-Stokes said she does not believe the Tops murderer should have access to the internet as he spends the rest of his life in prison.