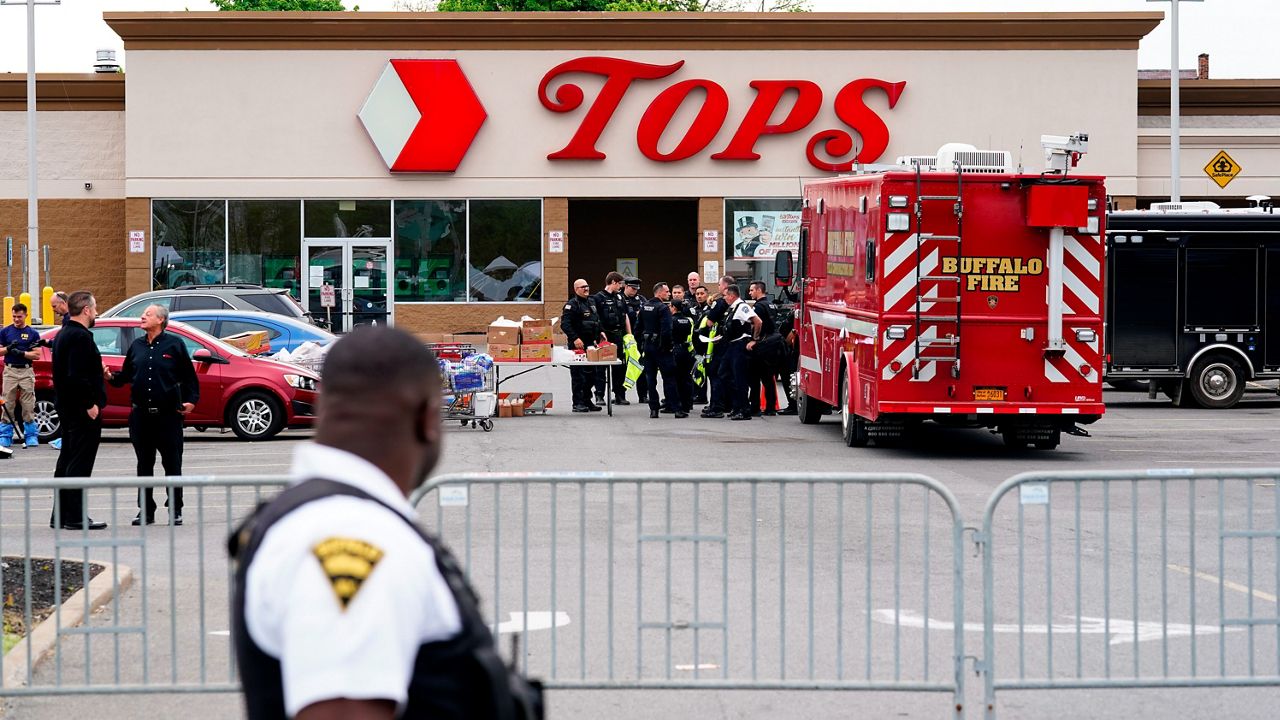 BUFFALO, N.Y. — Among the 15 charges the man who committed the racially motivated mass shooting earlier this year at a Buffalo Tops supermarket pleaded guilty to Monday included 10 counts of first-degree murder and one count of a domestic act of terrorism motivated by hate.

He is the first person in the state indicted under that law.

"It's a real sad day that this is being used and for the first time in New York state and let's hope it is the last," former state Sen. David Carlucci said.

Carlucci sponsored the bill, which went into effect in 2020. He said he hoped the charge would never need to be used but wanted to give the state more ways to deter domestic terrorism and another tool for prosecutors.

The legislation was the first of its kind in the nation.

"This is something that we thought we could do to send a message to the rest of the country and the world that we're working to do whatever we can to stop terrorism, to stop domestic terrorism," Carlucci said.

There remains no domestic terrorism classification at the federal level, but the charges the shooter still faces there could still carry the death penalty. Capital punishment is not allowed at the state level but the guilty plea will guarantee he spends at least his life in prison.

Gov. Kathy Hochul said it's an important day for the families of the victims.

"This is an important acknowledgment that the shooter was guilty, his intent was telegraphed so that justice will play out in the courts," Hochul said.

She pointed out the Legislature already has made changes to New York laws to try to prevent similar massacres in the future including raising the age to legally buy a military-style "assault weapon" from 18 to 21.

She said she's continuing to focus on blocking access to illegal guns as well.

"I'm going to be going back in the next session of the Legislature with a whole approach dealing with public safety on the interdiction of illegal guns from other states. We have a tremendous trafficking problem," Hochul said.

Meanwhile, attorneys for the family pointed out the governor does have the ability right now to sign a law revising the state's wrongful death statute to among other things, allow for the recovery of emotional damages, expand the definition of family members who may file a civil suit and extend the statute of limitations.

"Remind her that the Grieving Families Act is on her desk and she needs to look at that carefully and sign that because that's important legislation," attorney Terry Connors said.

Hochul's office in a statement reiterated she already took swift action to change laws and provide resources to the community where the shooting happened but continued that the governor is reviewing the legislation.