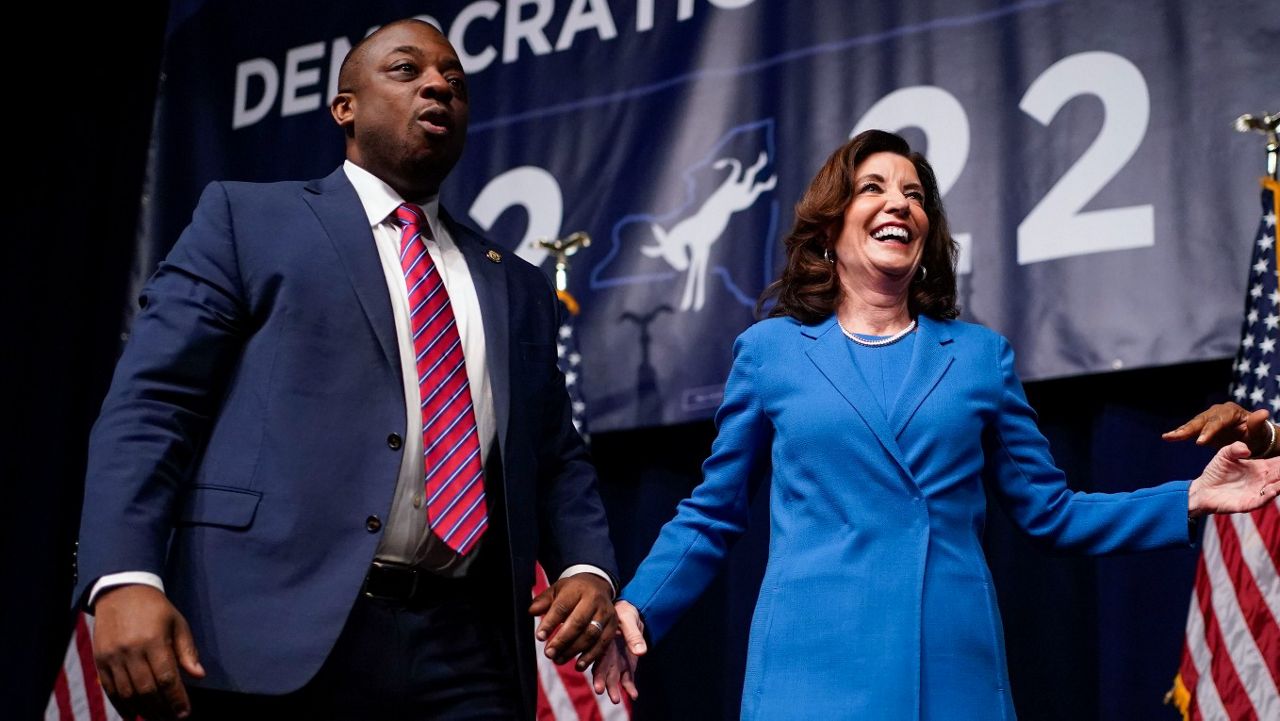 BUFFALO, N.Y. — Neither ticket of candidates challenging Gov. Kathy Hochul and Brian Benjamin for governor and lieutenant governor in the June primary were celebrating Benjamin's recent indictment and resignation.

However, both the tickets of U.S. Rep. Tom Suozzi and Diana Reyna, and Jumaane Williams Ana Maria Archila, were critical of the governor's apparent lack of knowledge her running mate was facing potential legal troubles.

"This was an obvious thing. You know, we've done research on Brian Benjamin. A straightforward Google search saw that over the past year and a half, there's been all kinds of questions swirling about his behavior," gubernatorial candidate Suozzi said.

"It's either embarrassingly out of the loop of what's going on or embarrassingly unable to do the job the people are hiring you to do," said Williams, Hochul's other primary opponent.

While the governor and lieutenant governor candidates are campaigning as tickets, they are elected individually for the primary in New York.

Suozzi's preferred runningmate, Diana Reyna, and Williams' runningmate, Ana Maria Archila, both were asked about the possibility of winning their race and having to run with Hochul, an outcome that would appear to be even more likely if the party can't replace Benjamin on the primary ballot.

"If Gov. Hochul is the one who wins the primary, I will endeavor to partner with her, but my commitment has always been to the people of New York," Archila said.

Reyna said if she won the primary, she will also work with whomever is the Democratic gubernatorial nominee.

"Right now we have a path to victory. Tom and I are a ticket," Reyna said.

There is also a lieutenant governor vacancy. Reyna, Archila and Williams, for that matter, were not willing to entertain a hypothetical about whether they would accept a potential appointment from Hochul.

"I haven't received a call like that, so I'm not sure where these rumors are coming from. The opportunity to be able to continue to run on this ticket and be focused is priority," Reyna said.

Williams said his focus is on becoming governor and Hochul will have to worry about who she appoints. However, Suozzi did have an opinion on what Hochul should do.

"The governor should appoint Diana Reyna as the lieutenant governor. She absolutely should appoint. She's completely qualified," Suozzi said. "She'd be great at the job."