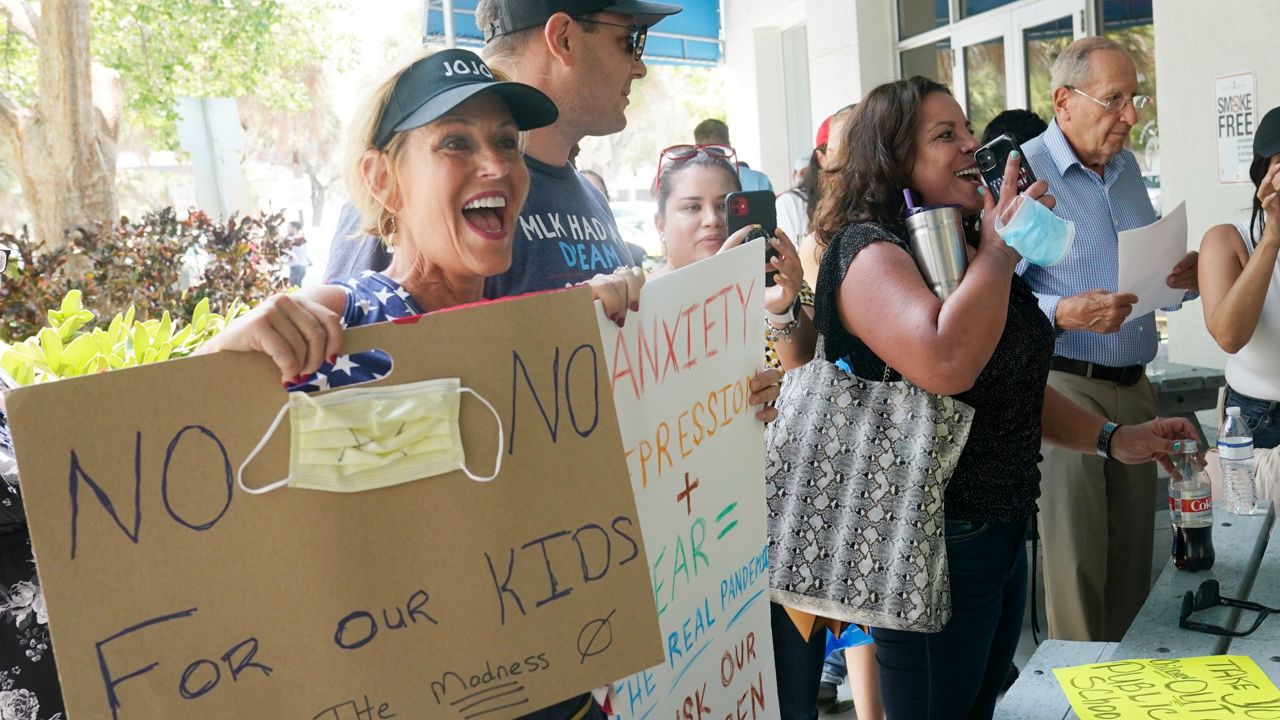 The culture wars in the U.S. have moved from the airwaves into our school board meetings. One local example? Over the summer, board members in the village of Altamont, New York, west of Albany, were screamed at, reportedly spit on, and threatened over two issues: COVID-19 masks and Critical Race Theory.

It’s an ugly scene that’s been repeated all over the country, as well as here in New York. It’s also the primary reason that Attorney General Merrick Garland has asked the FBI to look into threats against school officials.

School board members in New York state are largely unpaid volunteers. After surveying its members, NYSSBA found that 30% of respondents said if the kind of vitriol that has been aimed at them continues, they will not seek re-election.

Worona sees that as a significant issue.

“We want people to do the best that altruism has in store for them in terms of serving the children of their particular communities,” Worona said.

Most of the members of the public in places like Altamont and Shenendehowa were expressing anger at the state’s mask mandate. However, some attendees were also upset at what they called the teaching of “Critical Race Theory” in the classroom — a theory of race that includes expressions of activism, none of which is part of the K-12 curriculum in New York state.

“Our understanding certainly is that it’s not true,” said Worona referring to the teaching of Critical Race Theory in K-1.

According to State Board of Regents’ guidance, schools should be “teaching diversity, equity and inclusion”, but that is not “Critical Race Theory," according to New York State Regents Chancellor Lester W. Young.

According to Worona, one of the primary goals of K-12 schools is to teach critical thinking skills.

“So, when children leave us, they can be the best conservative Republicans or the best liberal Democrats,” he said. “We have no dog in that fight.”