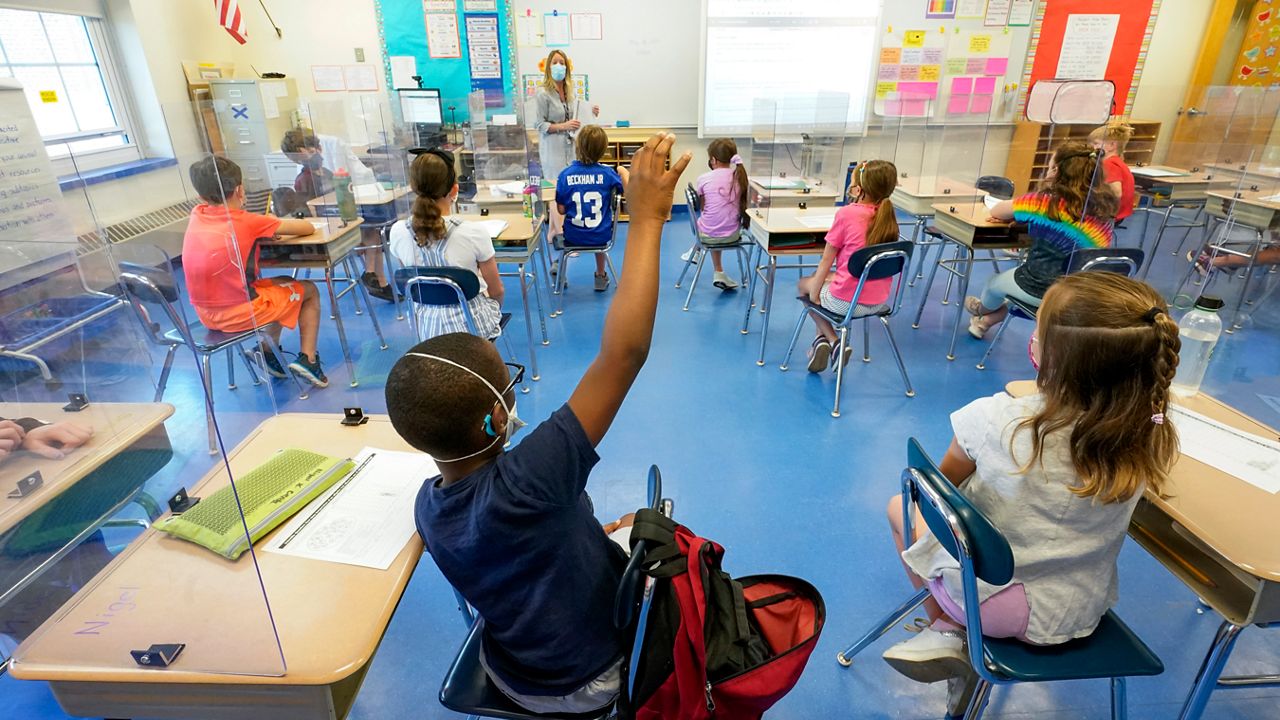 Conflicts around the teaching of critical race theory (CRT) are playing out across the country.

Parents may have legitimate concerns about what their children are being taught in school, but there are numerous reports that suggest the movement growing around those concerns has been co-opted by conservative groups looking for the next battle in the culture wars.

Very simply stated, critical race theory teaches that racism is baked into many American institutions, like the criminal justice system. But parents, some spurred on by conservative groups, others not, are fighting against this kind of contextual thinking, calling it “indoctrination."

Here’s some history, according to Education Week:

“CRT emerged out of a framework for legal analysis in the late 1970s and early 1980s created by legal scholars Derrick Bell, Kimberlé Crenshaw, and Richard Delgado, among others. A good example is when, in the 1930s, government officials literally drew lines around areas deemed poor financial risks, often explicitly due to the racial composition of inhabitants. Banks subsequently refused to offer mortgages to Black people in those areas.”

In addition, The Bulwark states that generally, (CRT’s) concerns are:

“Not even its most ardent proponents agree entirely on what CRT is or how it ought to be incorporated into school curricula," The Bulwark says. "But if you understand the terms above, you get the gist: America has systematically discriminated against black slaves, the Irish, Asians, immigrants from South America, and various others. That history has continuing consequences today.”

An NBC News analysis of media reports found that conflicts around critical race theory have broken out in communities all over the country, amid the rise of at least 165 local and national organizations that aim to disrupt lessons on race and gender.

At the very moment the national debate over CRT is exploding, the New York State Board of Regents has launched an initiative to bring “Diversity, Equity and Inclusion” into New York schools.

In a conversation with Capital Tonight, state Regents Chancellor Dr. Lester Young began by stating unequivocally that what the Regents are trying to do is not critical race theory.

Young also said that CRT is not taught in K-12 schools in New York state.

So, what is the Regents’ new initiative designed to do?

“I would just say, again, that what we are advocating and what we are encouraging all New York state districts to do, is to build what we are describing as an ecosystem of success that has as its foundation diversity, equity, inclusion, access, opportunity, innovation, confidence, trust and respect in the school and relationship building,” Young said. “Which is very different than having theoretical conversations about the foundations of race and racism.”

That said, Young stated that the Board of Regents doesn’t “back off of the fact that racism exists."

But, Young insisted, they are not indoctrinating students; but rather they are encouraging districts and schools to design strategies that will allow young people to look at the world the way it is, and think about it critically.

“I would say the final point that some have been concerned about is that critical race theory has an activist dimension to it," Young said. "We are not preparing young people to be activists. What we are preparing them to do is be more civically aware, more civically engaged and as I just said, to be able to look at the world critically and imagine how it might be better."