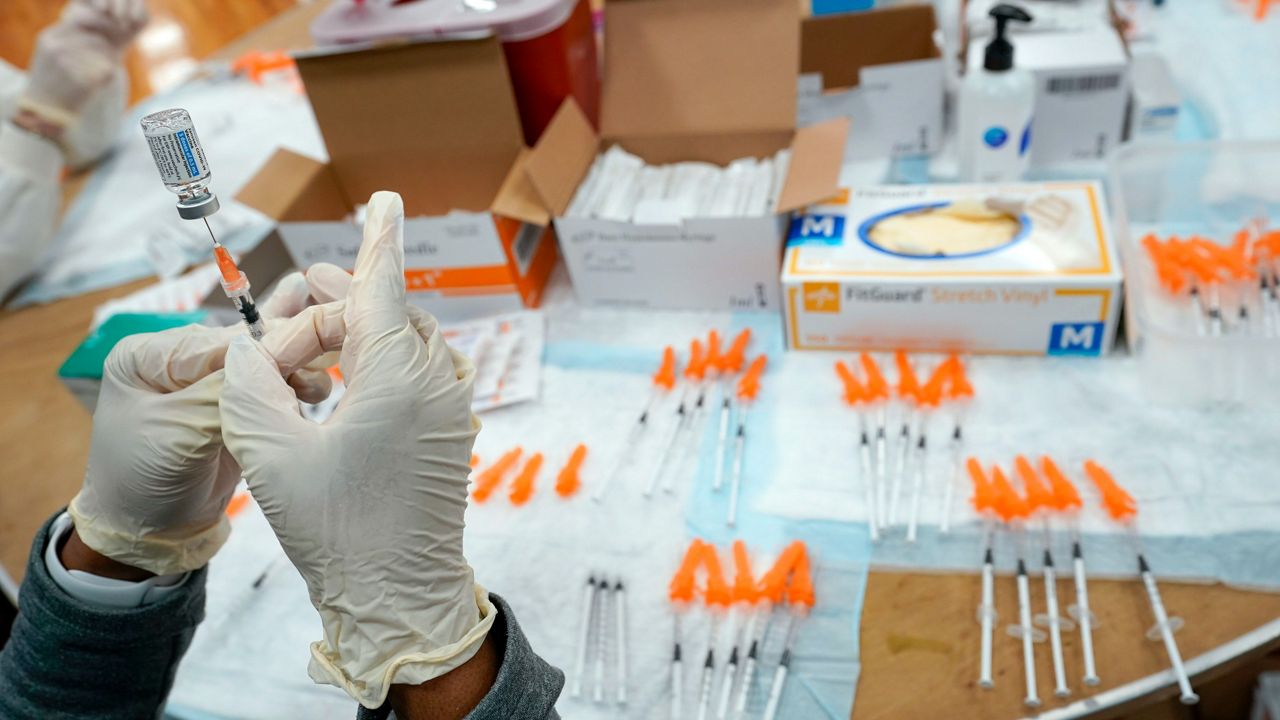 Public health officials in New York are urging people to take precautions this winter amid a "tridemic" of illnesses: COVID-19, the flu and respiratory syncytial virus, known as RSV.

Those precautions include many of the suggestions that have been issued even before the start of the COVID-19 pandemic ahead of every flu season: Wash your hands, sneeze and cough into the crook of your arm and stay home if you are sick.

But the measures prescribed by state Health Commissioner Mary Bassett won't include required mask wearing indoors for now in contrast to the rise in omicron cases a year ago. New Yorkers are being encouraged, too, to get the bivalent COVID-19 booster shot, though only 13% have done so for now.

Bassett says only 13% of people eligible for booster have gotten in New York.

"We can't emphasize enough the importance of people getting their shots. We want people to be as protected as they can be from illness and death," she says.

Bassett, who leaves office as health commissioner at the end of the year, acknowledged at a news conference with Gov. Kathy Hochul that "people are tired of being told what to do."

"We can't legislate peoples' behavior," she said. "People should feel free to wear masks... I want people to be aware of the settings mask wearing would be wise."

Still, some precautions at the state level will remain in place.

Hochul on Wednesday signaled an executive order requiring hospitals to be on a flexible staffing schedule, which would allow them to bring in workers from other states if needed.

"We're going to embrace the holidays, but not let our guard down," she said.

Hochul on potential COVID surge: "We're going to embrace the holidays, but not let our guard down."

New York has not seen a statewide surge in COVID-19 cases in the cold-weather months as of yet, though RSV has affected children across the state. That's led to a shortage in cold medication in pharmacies.

The governor also indicated a search for a new health commissioner will take several months, pledging it will be "extensive." She does not expect to have a nominee for state Senate confirmation by Jan. 1, she said.