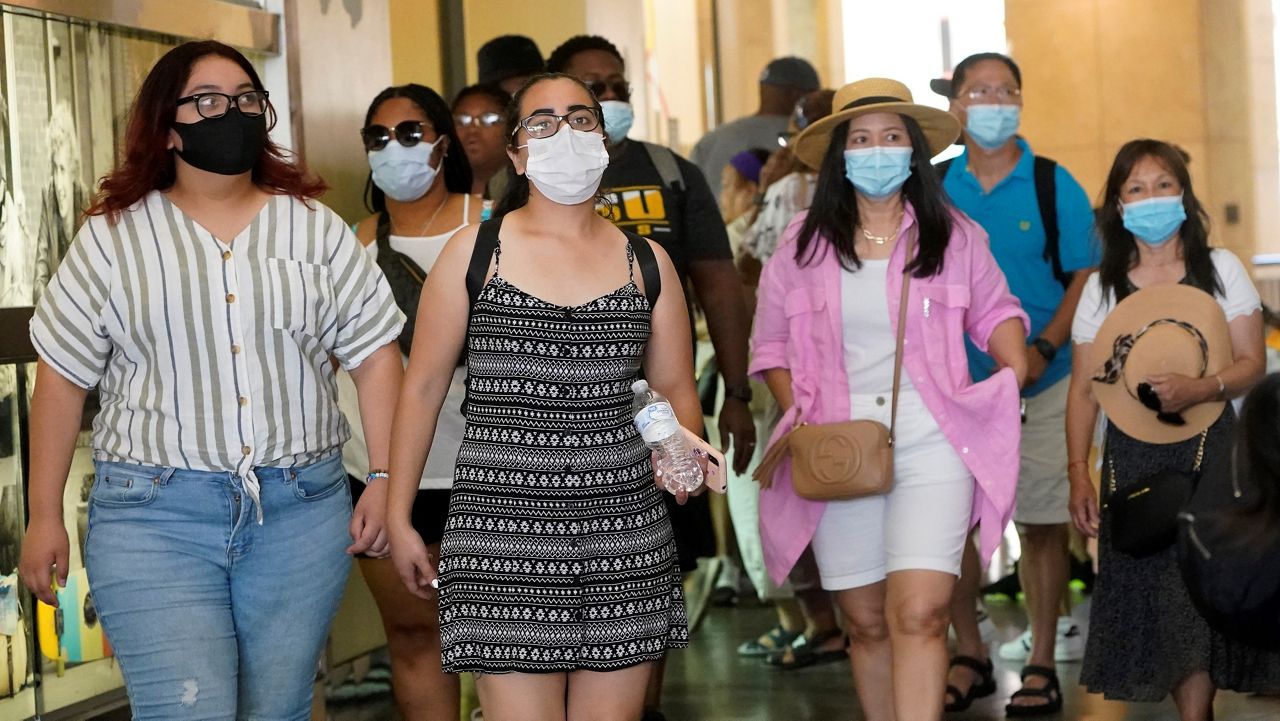 Dr. Mary Bassett is stepping down as New York's health commissioner after a year leading a complex, sprawling public health bureaucracy and as the most prominent member of Gov. Kathy Hochul's cabinet.

Who the governor nominates to succeed Bassett in the role makes for one of the key decisions facing her as she prepares to begin a four-year term on Jan. 1.

Bassett, who will return to the Harvard Chan School of Public Health, is leaving after a surprisingly short tenure on the job.

"No one has served for a shorter time than Dr. Bassett," said Bill Hammond, a senior health policy analyst with the Empire Center. "She was there for a little over a year, the previous shortest term was three years. So this is unusual."

But it was still a consequential year. Bassett oversaw New York's responses to the rise in COVID-19 cases amid the spread of the highly contagious omicron variant and handled outbreaks of polio and monkeypox, now called mpox by public health officials.

"I am deeply grateful to Dr. Bassett for her service to New Yorkers and for her leadership during one of the most challenging public health eras of our lifetimes," Hochul said. "Throughout her time in my Administration -- from the onset of the Omicron variant and through mpox and polio outbreaks -- she has worked tirelessly to keep New Yorkers informed, healthy and safe."

Bassett was seen as something of a ringer for the new governor to bring into her administration.

A highly regarded New York City public health commissioner, Bassett replaced Howard Zucker, a Gov. Andrew Cuomo appointee who came under critcism for how the state handled nursing homes and long-term care facilities at the start of the pandemic.

It's also not an easy job to replace. Aside from the requirement the health commissioner be an MD, a candidate would have to be able to oversee a range of health care and public health programs, from vaccinations to the Medicaid program.

"I have tremendous admiration for the work our staff has done during a very difficult year responding to COVID, mpox, polio and the day-to-day challenges of protecting New Yorkers’ health," Bassett said when announcing her resignation. "I am leaving now so the next commissioner can have the chance to lead this great department for a full 4-year term under the leadership of Gov. Hochul."

And there's still a lot to do. New York is facing the ongoing pandemic and the lingering uncertainty even if public health restrictions are fading into the background. Hammond believes there could have been a broader re-orienting of the department to address future pandemics.

"This pandemic kind of reminded us and the rest of the world how incredibly important a good public health system is," he said. "We were the epicenter of the pandemic and we were caught kind of unprepared."

Hochul earlier this year launched a broad-based review of New York's handling of the pandemic, drawing in not just health policy, but how businesses and schools were also affected.

Beyond public health emergencies, the next commissioner will have to oversee a sprawling public health bureaucracy that includes Medicaid, the health program for poor New Yorkers.

Advocates, including Anthony Feliciano of Housing Works, hope Bassett's successor will make support for low-income New Yorkers as well as LGBTQ residents a priorty. Feliciano hopes the next commission will place a similar focus on diversity, equity and inconclusion like Bassett did.

"We're still in pandemic, we saw the inequities right in our faces and we need to move forward," he said.

And then there's the epidemic that started even before COVID-19. Lawmakers like Hudson Valley state Sen. Peter Harckham are pushing for a more coordinated public health response to opioid and fentanyl addiction.

"It all links together," Harckham said. "We've got to breakdown some of those silos and I think it would be helpful to have a health commissioner to break down those silos."

New York has seen a record rise in overdose deaths in recent years. In response, Bassett sought to make narcan, a chemical that can counteract the effects of an overdose.

"We are seeing in some parts of the country the overdose death levels start to level off," Harckham said. "We'll have to see what happens in New York, but one death is too many."