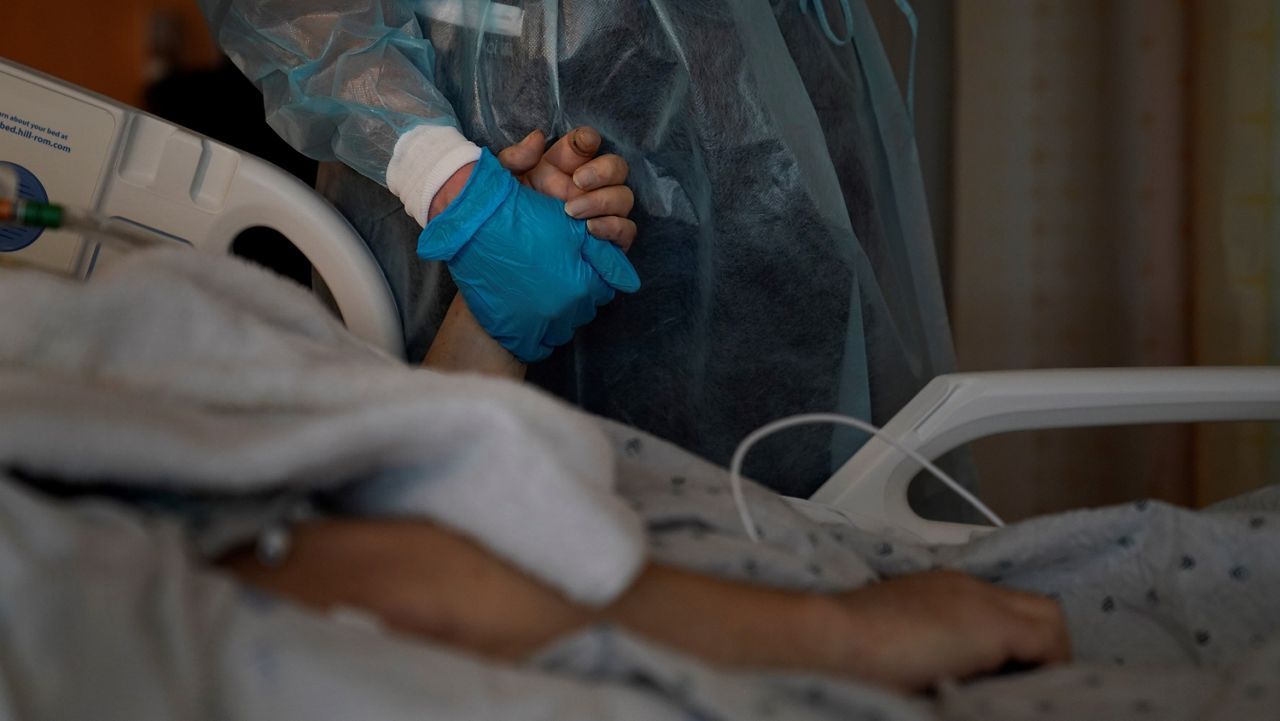 The 'New York Medical Aid in Dying Act' is back; so are its critics

It’s one of the toughest ethical questions any of us will have to answer. If a loved one faces a terminal diagnosis, should they have the option to take their own life?

For the eighth year in a row, the New York Medical Aid in Dying Act has been introduced in Albany, this time sponsored by the new Assembly Health Committee Chair Amy Paulin and Senate Judiciary Chair Brad Hoylman-Sigal.

If passed, the law would allow terminally ill, mentally capable adults who have been diagnosed with an illness that is both incurable and irreversible and given six months or less to live, to take their own lives with a cocktail of pharmaceutical drugs.

“The safeguards in the bill include that two doctors have to confirm both the diagnosis, the prognosis, and the mental capability of the patient,” Corinne Carey, senior New York campaign director for Compassion & Choices, told Capital Tonight. “If either one has any doubts about the person’s mental capability, they have to refer that person to a mental health professional.”

Patient Cassandra Johnston was recently diagnosed with Stage 3 breast cancer. During the weeks until her diagnosis was confirmed, she looked into the New York Medical Aid in Dying Act.

“All I could think about is what would the end of my life look like if I was terminal?” the Clifton Park resident said. She was “horrified” that the state hadn’t yet passed the bill. “I don’t want to suffer needlessly if treatment doesn’t work.”

But the bill has vocal critics that include the Catholic Church and some disability rights organizations.

One such group is the Center for Disability Rights New York, which calls the bill “an existential threat to disabled New Yorkers.”

According to the website CDRNYS.org, if the New York Medical Aid in Dying Act is passed and signed into law, the government will have abdicated its responsibility to ensure disabled New Yorkers have equal protection under the law related to suicide prevention services.

“Instead of being referred for suicide prevention services, disabled people will be given the tools to end their lives,” said Rebecca Payton, CDR’s senior director of Independent Living Services.

Another concern, according to the CDRNYS website, is that the bill defines any person who would die “within 6 months without treatment as terminally ill”. The group argues there are many people with disabilities who can live for decades with the proper treatment.

Corinne Carey takes issue with the group’s interpretation of the bill language.

“The bill says, if you are terminally ill and have a prognosis of six months or less to live, period. That’s with or without treatment,” she explained.

Carey insists that none of the horrors that the group has predicted have ever come to pass in any state that has enacted such a law.

“Some of these critics are doing a grave disservice to people living with disabilities by making them fear for their very lives should this bill pass,” Carey continued.

Currently, 10 states and Washington D.C. have Medical Aid in Dying on the books.