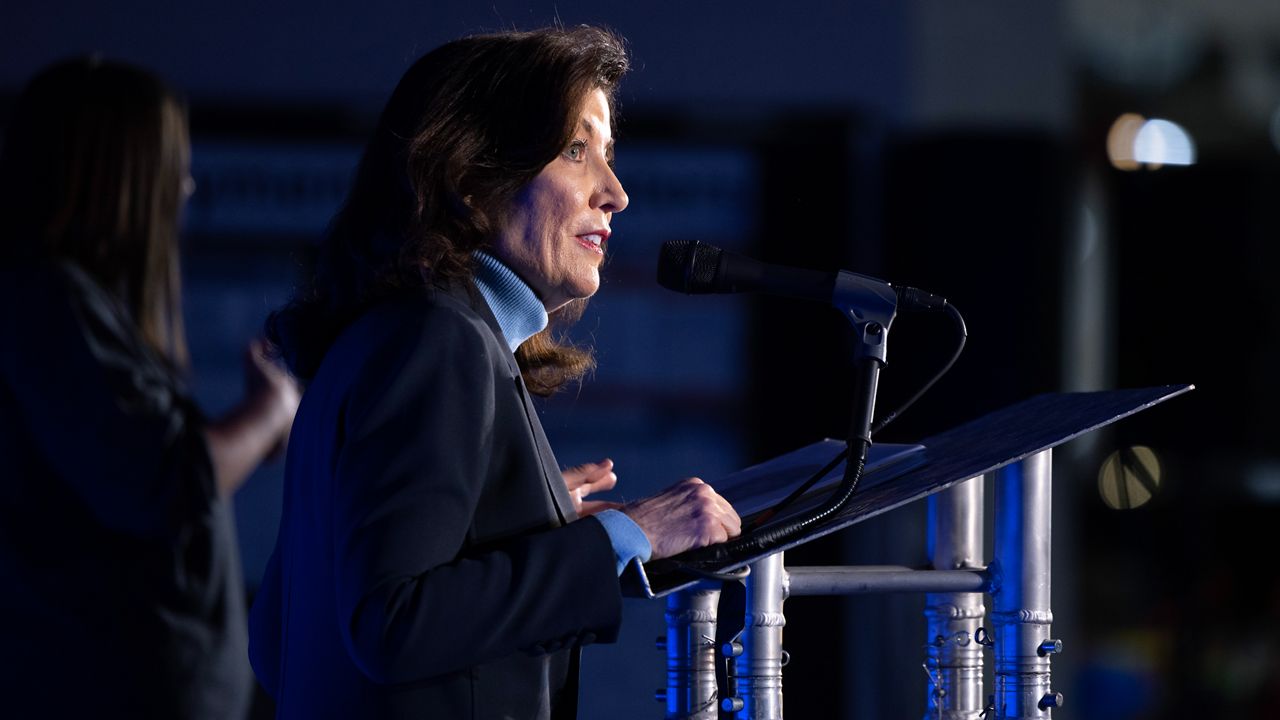 Gov. Kathy Hochul is still deciding whether to sue the state Senate after a key committee voted to reject her nominee for chief judge, Hector LaSalle.

“We are just evaluating all of our options,” Hochul told Reporters over the weekend. “The vote was held just recently in the committee. So, we are looking at all the options, speaking to a lot of experts.”

At last week’s Judiciary Committee hearing, state Senators claim one ruling in particular from LaSalle harmed the labor movement. But so far, they have passed no legislation to counter that ruling.

They repeatedly asked LaSalle about his ruling in a 2015 case involving the cable company Cablevision.

“I am a strong, and have been for a very long time, strong supporter of organized labor,” said Democratic state Sen. James Skoufis, who represents parts of the Hudson Valley and sits on the Judiciary Committee. “As a legislator, here in New York. And I am deeply troubled by, among some others, in particular, the Cablevision decision that you signed onto.”

At issue was a ruling that Cablevision could sue labor leaders in an individual capacity for defamation.

“The decision sets up a situation where we seem to be helping Goliath, at the expense of David,” said state Sen. Sean Ryan, a Buffalo area Democrat.

But while the Cablevision case was held up by Democrats as a reason LaSalle was unfit to serve on the Court of Appeals, the state’s highest court, not a single Democratic state Senator has put up a bill to remedy that decision or counter the court’s ruling — even though it happened nearly eight years ago.

Queens state Sen. John Liu voted against LaSalle along with six of his Democratic colleagues on the Judiciary Committee.

“We are always looking for legislative remedies. Certainly to clarify issues that may not already be crystal clear. In this case, I specifically asked about that particular decision. And there were justices in his court that had different opinions,” Liu said.

A spokesperson for state Senate Democrats says they are now looking at legislative solutions to the Cablevision case, and should have something in this session. But it does not appear to be on the fast track for passage.