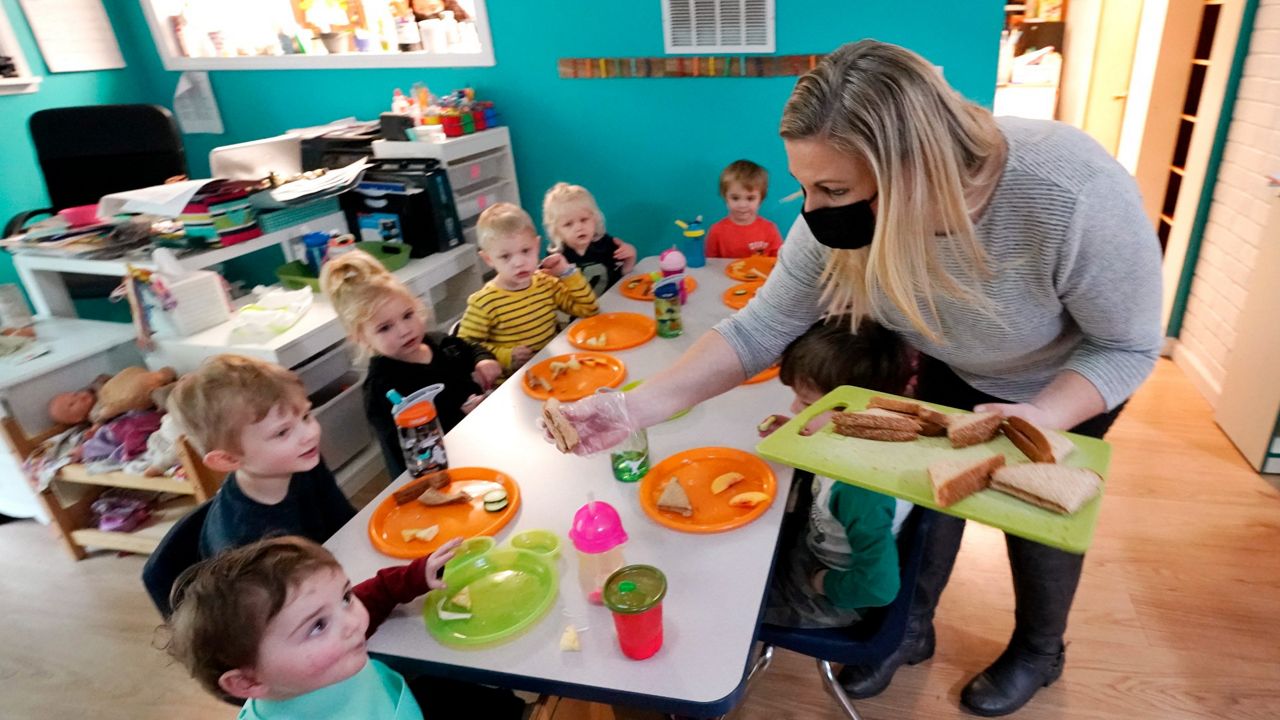 Gov. Kathy Hochul included several proposals in her legislative priorities to build a stronger child care system in New York, but some are saying they scratch the surface and don't go far enough.

In her State of the State address, Gov. Hochul recalled how she left the workforce to care for her young children because of a lack of affordable child care.

"I know firsthand what the lack of affordable child care can do to a family, but as a governor, I also know the impact on the state's economy," Hochul said during her speech Jan. 10.

The income threshold was increased for child care subsidies in last year's state budget, making more than half of young children eligible statewide, but Hochul said about 6% of families eligible for the assistance are enrolled. She proposes streamlining and centralizing child care assistance applications and creating a system for families to prescreen for eligibility and apply online.

"Too many families just aren't accessing the resources that are available," Hochul said. "Maybe it's the legacy of system that was, by design, difficult to navigate. That has to change."

Sen. Jabari Brisport, who chairs the Children and Families Committee, says the state must achieve a publicly funded universal child care system at $5 billion per year.

"The child care industry is in freefall right now because of the same-old, same-old of shifting around existing funds of trying to repackage federal funds and maintaining means tests​," Brisport said. "Despite big announcements in the press made last year, we have seen even more child care facilites close and continue to close from the passage of last year's budget​."

Brisport says Hochul's commitment for the state to invest $7 billion in child care over four years is misleading because future budgets have yet to be negotiated.

Brisport, a Brooklyn Democrat, is one of several progressive lawmakers demanding taxes be increased on the rich to afford the $5 billion annual price tag. But Hochul announced in her speech the state would not impose income tax hikes this year.

"I was beyond disappointed having the governor come out and say we are not raising taxes on the rich in the most unequal state in America, with the greatest number of billionaires in America, while working families struggle to afford child care," Brisport said. "It's out-of-touch."

Advocates are pleased with the governor's proposal to use unspent federal funds to create a Workforce Retention Grant program to recruit staff and provide sign-on bonuses to retain a suffering workforce, but say it should be a permanent commitment.

"It needs to come with a promise that this increase is going to be sustained over time, because a one-time bonus is not going to be enough to turn the tide right now on the exodus from the field," said Dede Hill, policy director Schuyler Center for Analysis and Advocacy. "The child care community is asking for more than $12,000 wage support. And that may sound like a lot, but this is a workforce that is paid, on average, $34,000 a year."

But Hill added the state needs a universal child care program, and said the governor's proposals are the first steps toward a comprehensive, equitable solution. The COVID-19 pandemic was devastating to the child care sector, which was already struggling with a workforce shortage before 2020.

Brisport said the question isn't about how the state can afford universal child care, but how it cannot afford to implement the publicly funded system.

"Business as usual is not working," he added.

Labor Committee Chair Sen. Jessica Ramos is the only single parent serving as a member of the state Senate. She has a 9- and an 11-year-old.

She supports Hochul's proposals for child care, but wants eligibility expanded to 500% of the poverty line and is leading the fight for child care assistance for undocumented families.

"...So that when those parents do get their working papers from the federal government, they're able to actually pursue those eonomic opportunities," said Ramos, a Democrat from Queens. "With some peace of mind, we will say that there's no such thing as someone else's child.​"

The state has seen a sharp increase in the number of undocumented people — an issue magnified by the influx of asylum-seeking families coming to New York.

"They deserve quality care," Ramos said. "You know, they're New Yorkers, too. They are going to be entering our school system if they're not, you know, old enough already. And we want them, of course, to lead the best possible lives."

The state has seen a sharp increase in the number of undocumented people, an issue magnified by the influx of asylum-seeking families coming to New York.

Lawmakers say universal child care would allow parents to return to work, close the racial performance gaps in education and help put the state on a path to economic recovery.

The governor's executive budget is due by Feb. 1.