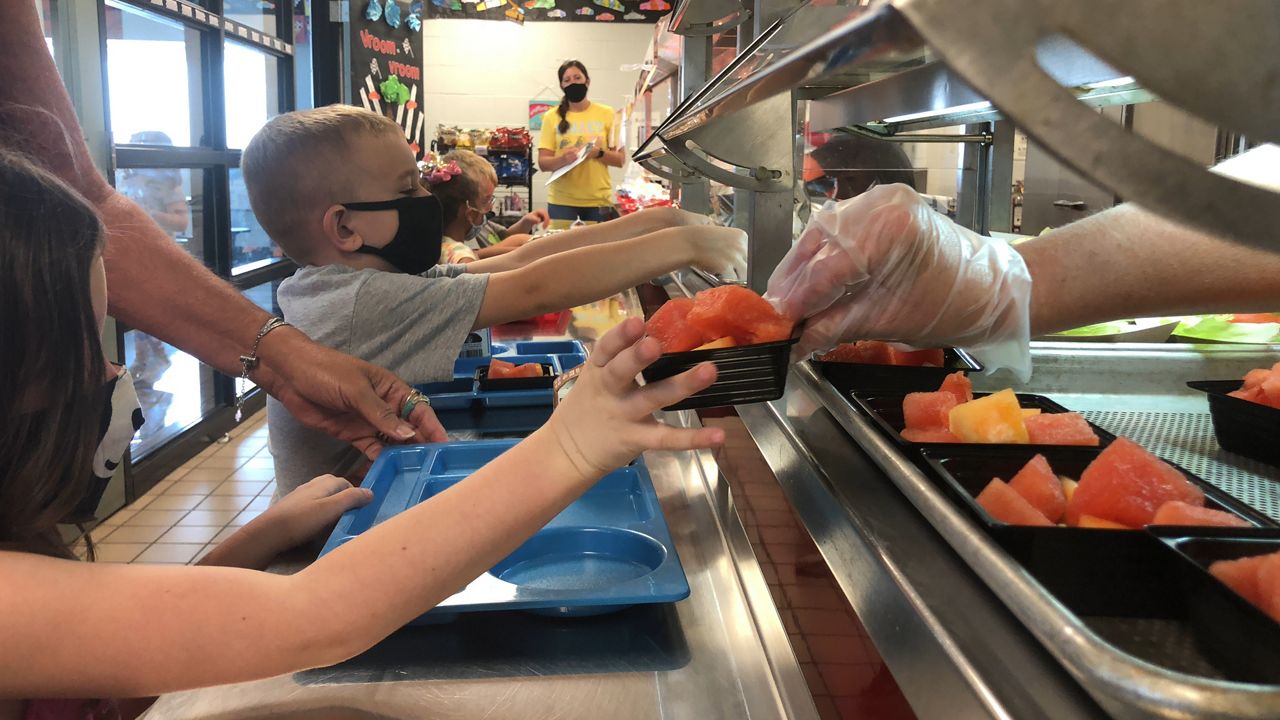 A growing number of lawmakers on both sides of the political aisle, educators and school organizations are urging Gov. Hochul to include $200 million to fund universal free school meals for public school students in her executive budget due by Feb. 1. (Spectrum News 1)

A rising number of lawmakers want free breakfast and lunches for all public school students to be included in the governor's budget proposal.

Millions of dollars in federal aid funded free breakfast and lunch for all public school students regardless of household income since the early days of the COVID-19 pandemic, but that expired in June at the end of the last academic year.

"Food insecurity is an issue that all of our families across the state face, and if school districts can really help them, we need to help them," New York State PTA Executive Director Kyle McCauley Belokopitsky said Thursday. "When children are fed and they are not hungry, they learn better, they engage more, they are happier, they are healthier."

About 726,000 students in New York lost access to free school meals after the federal pandemic program concluded. Belokopitsky says it reduced child hunger and nutrition insecurity to millions of families across the nation.

The state PTA receives several calls per week from parents and student caregivers who are struggling to feed their children since the program ended, Belokopitsky said.

"No family should ever have to call my office and say, 'Can you help me feed my child?'" she continued. "That is unacceptable in the great state of New York. So we need to do better."

That's why lawmakers proposed the Healthy School Meals For All program, asking Gov. Kathy Hochul to commit $200 million to fund free school meals for all students in the next state budget.

Sponsor Sen. Michelle Hinchey says that's .01% of the state's total $220 billion budget, and would save families about $140 per school-aged child per month.

A growing number of lawmakers on both sides of the political aisle, educators and school organizations are urging Gov. Hochul to include the proposal in her executive budget due by Feb. 1.

Hochul has committed historic increases in foundation aid for districts statewide, but Brian Cechnicki, executive director of the state Association of School Business Officials says those formulas don't account for the poverty level and the free meals need to be a separate provision.

"These next couple of months as the executive budget rolls out and they go through the legislative session, this will be one of the top things that will be discussed, not just with our organization, but many of the other education groups," Cechnicki said.

Hochul did not include the proposal in the legislative priorities she outlined in her State of the State address earlier this month.

“Last year, Gov. Hochul worked with the legislature to pass a budget that provides an unprecedented $31.5 billion in statewide funding for the current school year and a supplemental earned income tax credit to help parents in need with rising costs," a spokesperson from Hochul's office said in a statement Thursday. "In her 2023 State of the State, Gov. Hochul announced full funding of Foundation Aid for all school districts across the State for the coming year and we look forward to releasing details of the Executive Budget in the coming weeks."

The neediest 75% of students in New York have access to free school meals without the federal program, according to the governor's office.

A family of four in New York must make less than $51,000 annually for students to qualify for federal free or reduced lunch program.

Hunger hinders a student's ability to focus and impacts their physical growth and mental health. It disproportionately impacts Black and Latino students and communities of color most affected by the pandemic.