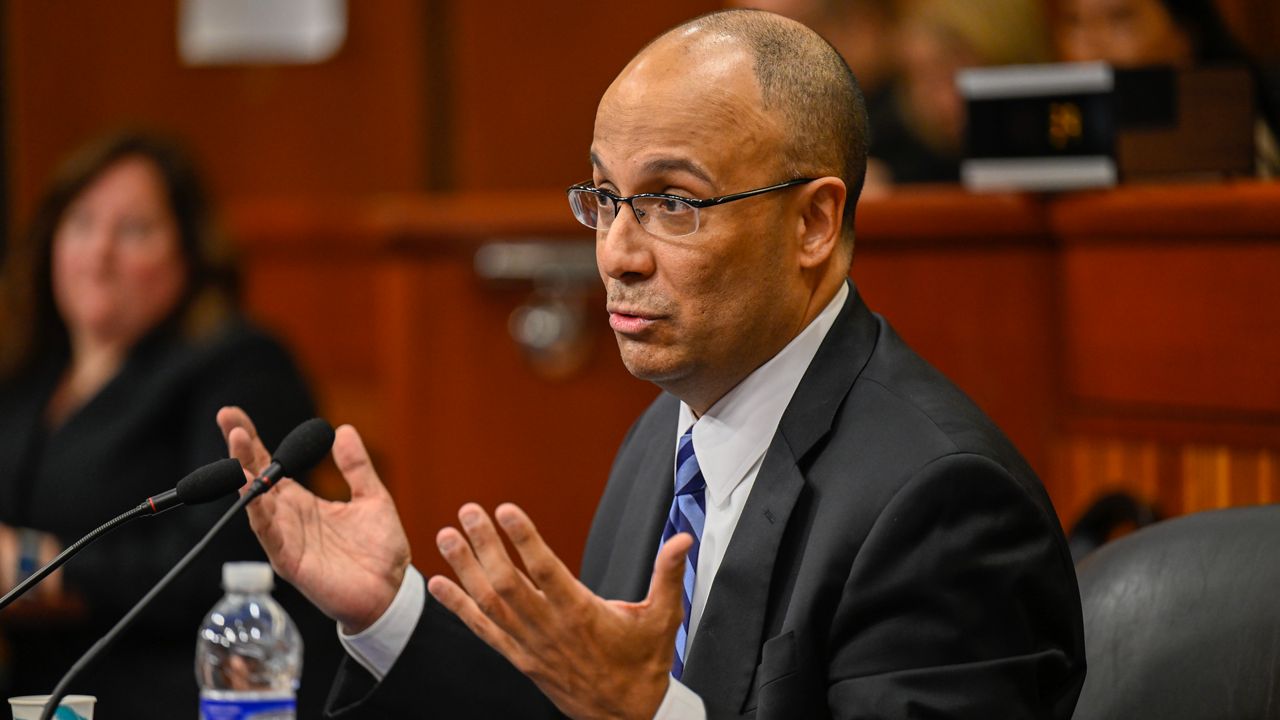 In the wake of her nominee’s failed bid to be the state’s top judge, Gov. Kathy Hochul said Thursday that she is considering all of her options — including going to court.

.@GovKathyHochul says she is “weighing all options” regarding next steps in the nomination of Hector LaSalle for Chief Judge, who was rejected by @NYSenate Judiciary Committee yesterday.

Does not affirm she will file lawsuit to force full floor vote, but does not deny it either pic.twitter.com/gzaGSVC7tY

“You know we are certainly weighing all of our options,” Hochul said at an unrelated event in Manhattan Thursday. “Yesterday was an opportunity for all New Yorkers to listen to an exceptionally qualified jurist who shares the values of New Yorkers. Pro-choice. Pro-labor. Pro-LGBTQ.”

Some constitutional scholars say New York requires a nominee to be considered for advice and consent by the full Senate.

But in an interview on “Mornings on 1” Thursday, Judiciary Committee Chair Brad Hoylman-Sigal said the state Senate has a different interpretation.

“Well, I think it’s clear in the constitution that the state Senate is within its powers, as is the state Assembly to set its own rules on how we proceed with both legislation and nominations. We use a committee process,” said Hoylman-Sigal, a Manhattan Democrat.

Even if Hochul were to force a full floor vote through the courts, sources say it’s highly unlikely LaSalle would have the votes to pass the full Senate.

Asked if her administration failed to adequately count votes or come up with a better strategy for getting LaSalle confirmed, Hochul put all the blame on the state Senate.

“I think if you look at the original composition of that committee before it was changed, there were enough votes to go forward. You have to question why it was unexpectedly four more votes added to that committee, two of which said they were firmly against. So the votes were there before. It had nothing to do with staffing. At all,” Hochul said.

Looming large in all of this is the robust agenda Hochul will need to work with the legislature to enact this session in Albany.

.@GovKathyHochul denies her office fumbled the nomination of Hector LaSalle for Chief Judge. Says it has “nothing to do with staffing.”

Reiterates that she believes LaSalle would have passed the Judiciary before new members were added this month who said they would vote “no” pic.twitter.com/X0GaZFKIKA