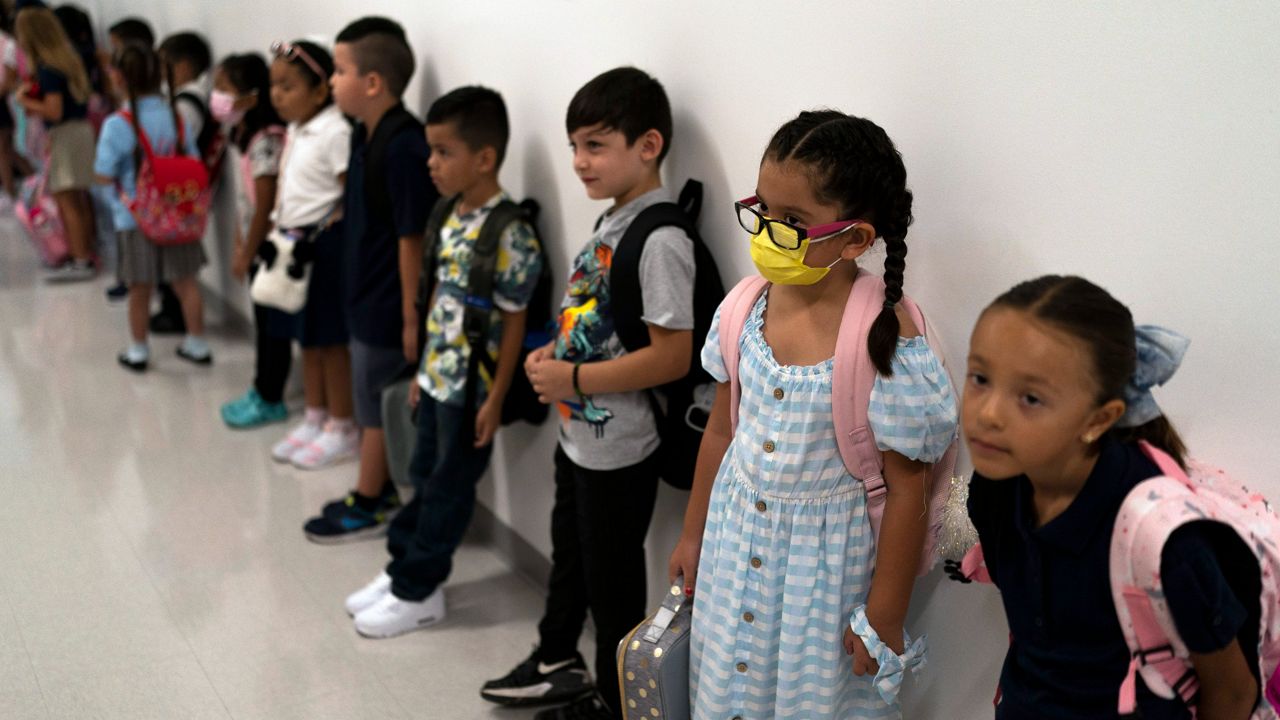 Johanna Miller of the NYCLU is part of a coalition supporting the Solutions Not Suspensions Act that hosted a statewide press conference Thursday.

"I want to be very clear. We are talking about a civil rights crisis. By not passing this bill year to year, our state Legislature is propping up a massive discrimination system against Black students and young people with disabilities," Miller said.

The legislation was first introduced in 2015 but this year the coalition believes it has the implicit backing of the state Education Department. NYSED last year put together a Safe Schools Task Force which in December released a report with a number of recommendations advocating for suspension only as a last resort.

"We are so pleased to finally have this in paper to show the state Legislature that they have to listen to our education experts in the state, the leaders of our education system," Miller said.

The legislation specifically calls to end suspensions for K-3 students, limit the amount of time students can be out of school for an infraction to 20 days, and prohibit suspensions for minor infractions like tardiness, dress code violations or insubordination. Buffalo parent Sam Radford said it's no surprise NYSED would come to these same conclusions after doing the work.

"At least in my opinion, we've been validated and vindicated for things that parents have understood for a long time," he said.

Advocates believe the reform has to come at the local level. Buffalo parent Jessica Bauer-Walker said her district has developed a strong code of conduct that recommends things like restorative justice, positive behavior interventions and parent conferences in lieu of suspensions but it hasn't curbed the numbers.

"This language is all in there," she said. "There are some people that have been trained in buildings. We as parents and students have received training ourselves. I think there's just a real failure in terms of lack of implementation and lack of capacity and infrastructure to get the job done."

The task force report also recommends specific funding for things like training for staff. The coalition said funding is not part of the Solutions Not Suspensions Act and while members support it they don't believe it is imperative to pass the bill.