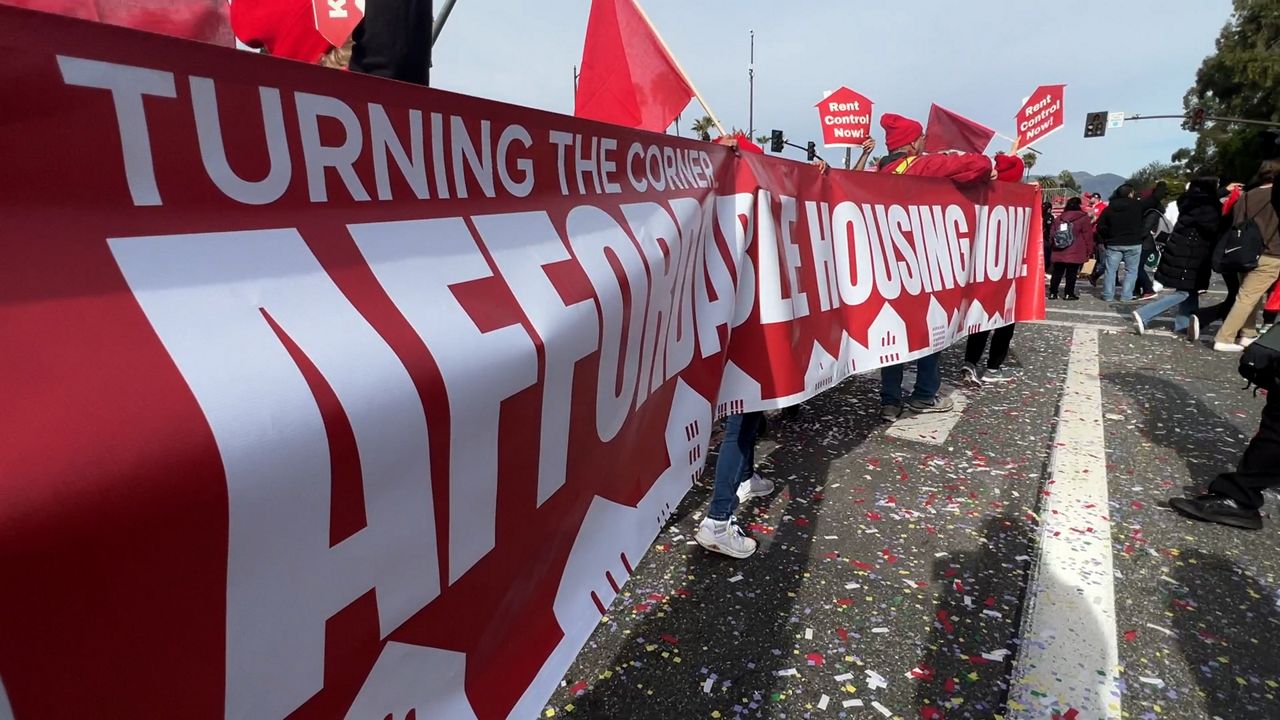 Advocate: On affordable housing, Hochul putting her eggs in the wrong basket

According to Cea Weaver, a campaign coordinator at Housing Justice for All, the housing crisis is worse than ever before.

“In every part of the state, low-income New Yorkers can’t afford the rent and homelessness is at record highs,” Weaver told Capital Tonight.

There is a trifecta squeezing tenants at the moment, Weaver explained: a backlog of COVID-era eviction cases, tenant displacement and rising rents.

“The truth is, it just takes a really long time to build a building,” Weaver explained.

Instead, Weaver and other housing advocates are urging Hochul to reconsider rental assistance to help low-income New Yorkers pay their rent as well as tenant protections.

When asked if she would support Hochul’s “New York Housing Compact” if it came with both rental assistance and tenant protections, Weaver gave a qualified “yes."

“But the governor has already said that…she is not interested in supporting raising taxes and increasing permanent social service programs like rental assistance. She said that she opposes good cause eviction protections,” Weaver said. “So she’s putting, in our minds, all of her eggs in the wrong basket when it comes to solving the housing crisis.”

That “basket” is the developers’ basket, according to Weaver, who describes Hochul’s plan as one that unleashes the force of the private sector to solve the housing crisis.

The governor stated that while the 421A tax abatement program ended last year, for her plan to work, something similar to 421A will need to be revived by the state Legislature. 421A exempted new construction in New York City from having to pay property taxes for a period of time in exchange for setting aside a portion of the new development for below-market housing.

“In our mind, the private sector is one of the underlying root causes of the housing crisis,” Weaver said. "A tax exemption is sort of a lazy way to produce market-rate housing and it’s just not going to work for the people who need housing the most.”

Weaver doesn’t believe that 421A or any kind of tax subsidy is a rich enough benefit to create below market rental housing in the long term. Instead, she is pushing Hochul and the Legislature to invest in capital subsidies.

“Like, actual money to help people pay their rent,” she explained.

Another fix, is to follow the lead of other states like Oregon, New Jersey and Massachsuetts, which have required municipalities that have exclusionary zoning rules to overturn those rules to produce below-market housing.

“They have something called a Developer’s Remedy, which says the developer has to produce a certain amount of housing as below-market to meet affordable housing goals,” Weaver explained. “This program that Kathy Hochul has put out really just says that cities need to write new zoning codes to allow developers to build, and if they don’t, you know what? The developers get to override the local zoning and just building the building anyway.”