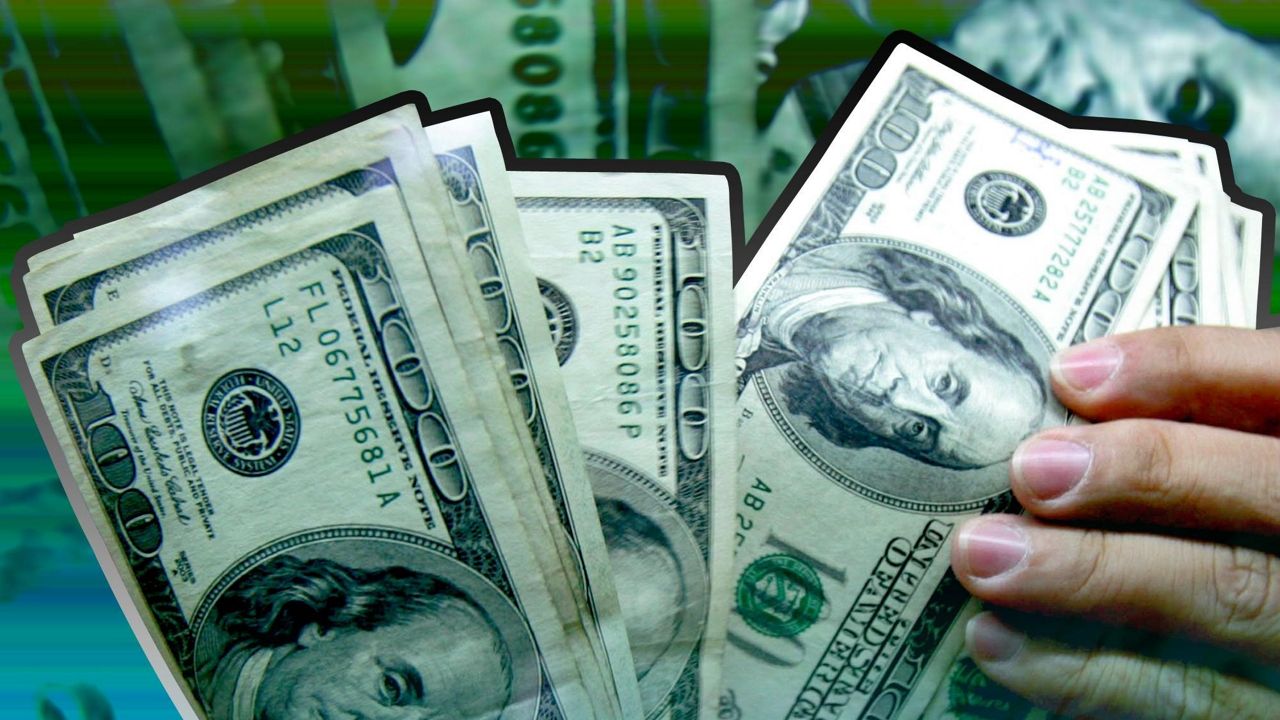 As New Yorkers continue to struggle to keep up with the state’s high cost of living, Gov. Kathy Hochul wants to address those financial hardships by indexing the minimum wage, or tying it to inflation.

The governor outlined her plans to implement an annual increase to the state's minimum wage based on inflation in her State of the State address Tuesday.

The average monthly costs for goods and services for households has risen 13.4% since October 2020, according to the U.S. Labor Department.

"That pushes families on the margins to the breaking point," Hochul said during her speech Tuesday. "So, as a matter of fairness and social justice, I am proposing a plan to peg the minimum wage to inflation."

Democratic senators and assemblymembers met the announcement with cheers and applause. Lawmakers in the labor committees in both houses of the Legislature have said indexing the minimum wage was a top priority to increase wages and address the labor gap.

It's something Labor Committee Chair Sen. Jessica Ramos has proposed and fought for in the Legislature for several years, including under former Gov. Andrew Cuomo.

Her bill to implement a permanent increase to the state's minimum wage rate set to the Consumer Price Index died last session. It proposed reaching more than $20 per hour in New York City by 2025, with increases in the minimum hourly pay in counties north of Westchester, with the goal of reaching $14.20 on Jan. 1, 2023, and eventually reaching $15.75 by 2025.

"Inflation has really done us in — people are having trouble keeping food on the table, paying rent, keeping up with all of their bills, and I think helping them make a living wage is the right thing to do," Ramos said.

But Hochul's proposal includes an "off ramp" to cap the annual minimum wage hike, which progressives don't support.

Ramos is pushing to increase the minimum wage first before implementing the formulaic increase, and says she'll push back against the cap.

"That is a concern to me, of course, depending on what our economic situation or economic outlook is here in New York on any given year, that may or may not actually help people keep paying their bills and continue to afford to live in our state," Ramos said. "So [there's] much more discussion I'm sure will take place and hopefully we'll get this done as soon as possible."

Record high inflation over the last year reinvigorated this discussion about the minimum wage last session, caused by the COVID-19 pandemic, disruptions to global supply chains, the war in Ukraine and other factors.

Farmers were quick to express their concerns about the governor's plan to boost the minimum wage, saying it will exacerbate their cost issues and further drive up inflation.

New York City reached a $15-an-hour minimum wage in 2019. The state Labor Department will continue to increase the upstate minimum wage of $14.20 every year until it reaches $15.

"We're still not even to $15 upstate, and now we're marching forward?" asked Jeff Williams, New York Farm Bureau's director of public policy. "I think it's time more for a pause to evaluate what the current increase is doing on farms and other businesses before we move on again."

Gov. Hochul included proposals in her State of the State to support New York farmers and help grow the state’s agricultural sector, including directing food grown in the state to be purchased by state agencies and state-funded programs and expand tax incentives for farmers to modernize their equipment.

The Farm Bureau will meet with the governor's office and stress officials re-evaluate how the proposal could impact businesses and industries statewide and a continuously declining population.

The details of the governor's proposal remain unclear, including the size of the cap that would limit the annual increase to prevent hindering employment. The governor's budget proposal is expected sometime next week.

About 1 million workers, or about 16% of the state workforce, earns the minimum wage.

Republicans in the Senate and Assembly stand united against this proposal, as they have against other recent minimum wage increases, arguing the minimum wage was never intended to be a living wage.

Senate Minority Leader Rob Ortt is particularly concerned about the proposal's impacts on small businesses and agriculture as they continue to struggle to fill positions and retain staff following the COVID-19 pandemic shutdowns.

"New York already has one of the highest minimum wages in the country," Ortt said. "This proposed mandate will eliminate jobs and force even more small businesses to close up shop or leave our state. Our conference stands for proposals that will make our state more affordable, not less."

Assembly Minority Leader Will Barclay said tying the minimum wage to an economic indicator is a better option than arbitrarily picking a number to increase to, but his conference continues to have concerns about the proposal's long-term effects.

“As wages go up, inflation tends to go up," Barclay said Wednesday. "We can’t set ourselves up for a never-ending cycle. It will be interesting to see what the final details look like, if there’s a cap involved and how the timing works. Certainly, you have to wonder how much more costs businesses can afford.”

Business leaders feel the indexed minimum wage with a cap is a starting point for compromise, but will push for more time before it takes effect as businesses shift to accommodate paid family leave, higher unemployment costs and rising costs of goods in wake of the pandemic.

"We think it makes sense," Business Council of New York State Executive Vice President Paul Zuber said Wednesday. "Obviously, again, we have not seen the legislation, so I think that will be the key. I mean, what happens when there's a deflationary period? Are there off-ramps? Those are the type of details that we're going to need to discuss.

Business Council leaders look forward to meeting with the governor's office about the proposal and other measures in her State of the State they support. Economic development and rising unemployment insurance costs deeply impacting businesses will crest the council's list of their top priorities.

Leaders in the state Business Council testified to lawmakers in November they weren't against the proposal, but this year may not be the appropriate time for the change during an uncertain economic climate.