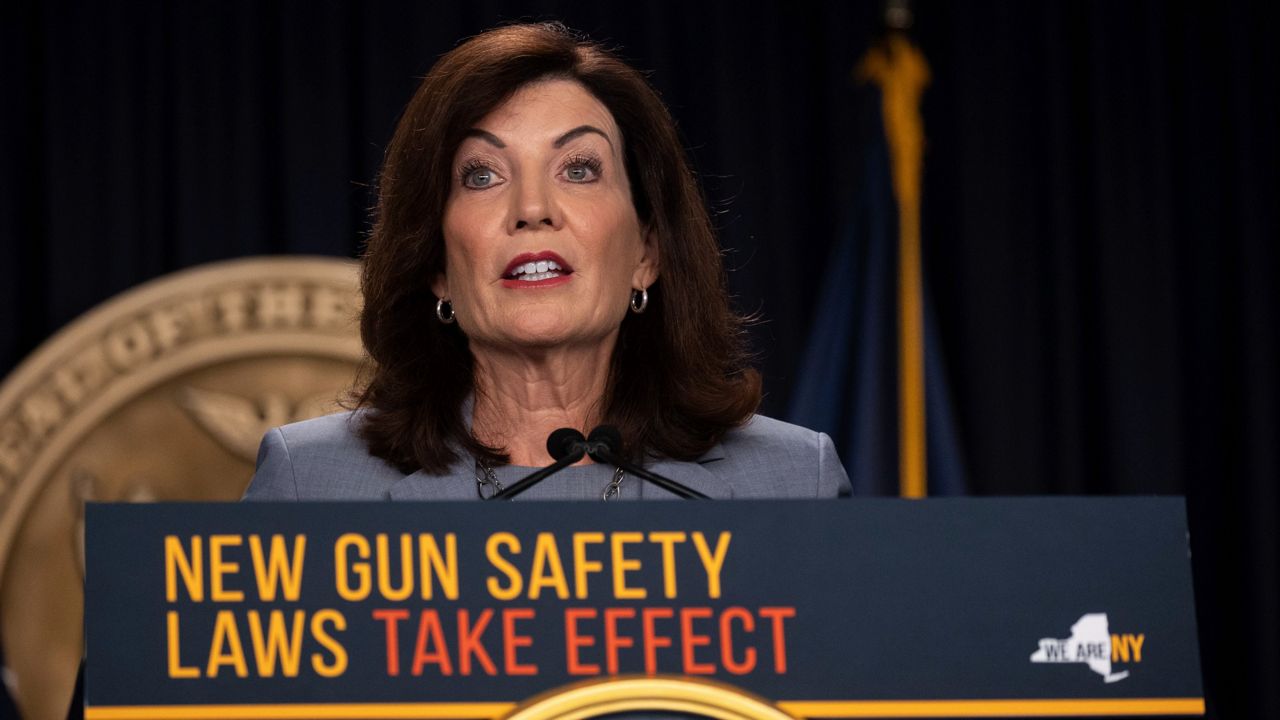 Buffalo Police Commissioner Joseph Gramaglia said after a spike in 2020 and 2021, the department has worked hard to get back to pre-pandemic levels.

"I think it's a tremendous point of pride for the department,” he said. “It just shows the hard work that this police department has put into reducing gun violence.”

In March, the department introduced a comprehensive, data-driven crime reduction plan. It included focusing on gun violence hot spots in the city and proactive police and community relations.

"The core principles come from things that we've learned through the GIVE program, the symposiums and the different educational parts that they offer for that," Gramglia said.

The Gun Involved Violence Elimination program, or GIVE, is a state-funded initiative focusing on 20 jurisdictions spread across 17 counties in New York that account for 80% of the gun violence outside of New York City. It includes symposiums and other educational programs, as well as funding for things like overtime so officers can build community bridges outside their normal duties.

Last year, the state doubled funding for GIVE from $9 million to $18 million and in this year’s State of the State address, Gov. Kathy Hochul is proposing doubling it again to $36 million. In 2022, that amounted to about $2.1 million for Erie County.

Erie County District Attorney John Flynn believed the funding contributed to the local decrease in gun violence, and said prior to the pandemic it had led to a steady decrease as well.

"It absolutely works in the sense that we can have prosecutors do nothing but prosecute gun crimes," Flynn said.

He said the DA’s office would likely use increased funding to hire even more prosecutors.

"If we put the individuals who are committing these crimes in custody, off the street, the numbers go down because you have a very small percentage of people committing like 80, 90% of the gun violence," Flynn said.

The majority of the funding goes to the DA's office and Buffalo police, but it's also spread around to other areas like the crime lab and the violence interrupters program.