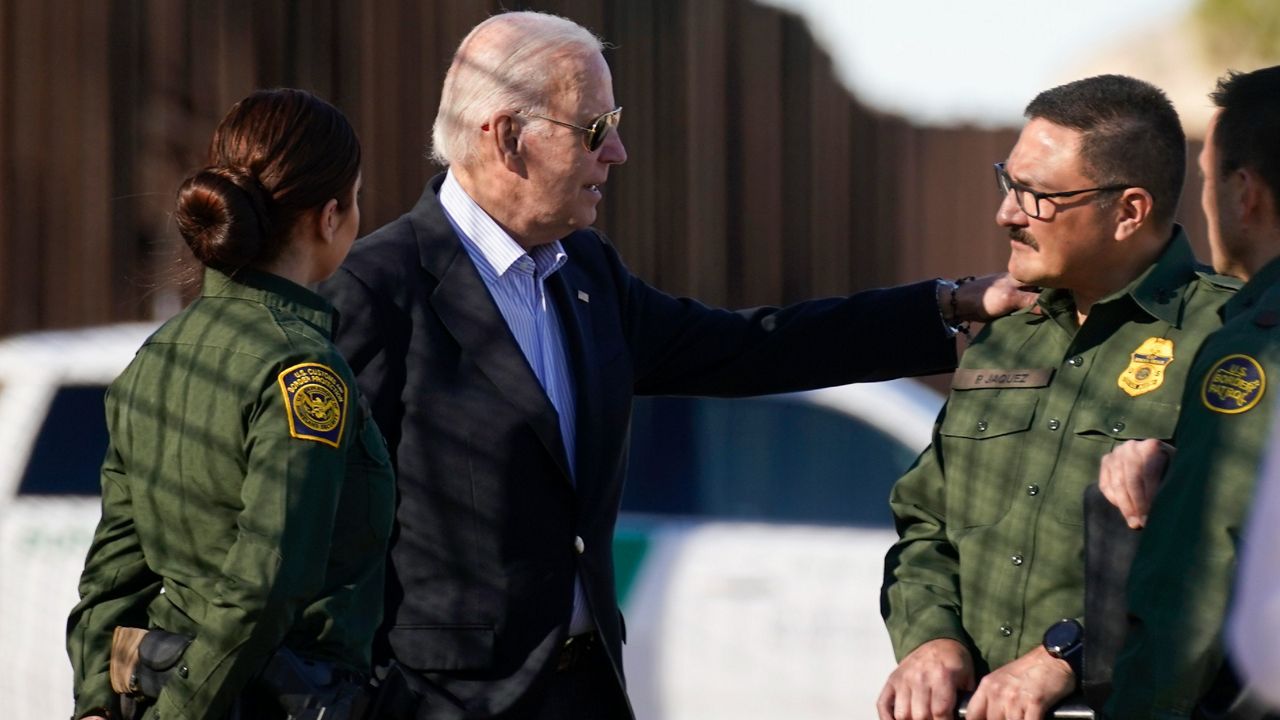 BUFFALO, N.Y. — President Joe Biden visited the southern border and attended a summit of North American leaders in Mexico as the immigration crisis continues to impact states all over the country.

His first trip as president to the southern border came just days after announcing new asylum policies that are drawing the ire of human rights and immigration advocates.

Jericho Road's Vive Shelter in Buffalo is the largest asylum seeking shelter in the United States and the organization's founder and executive director believes the Biden administrations latest policies are problematic.

The president announced last week a plan to crack down on illegal crossings, including the expanded use of a COVID-19 public health order to restrict the entry of people from Cuba, Nicaragua, Haiti and Venezuela is drawing ire from human rights and immigration advocates. That order is known as Title 42.

Advocates said it is not appropriate as the pandemic draws to an end. A Supreme Court decision late last month allowed it to remain in place indefinitely but Jericho Road CEO and founder Dr. Myron Glick said after campaigning against the policy during the 2020 election, now is not the time for Biden to expand its use, regardless of the court.

"What this law allows is for people to not get a chance to present their case as asylum seekers and just put them out, put them away, and that's very problematic because of the potential suffering that these folks have been through and how dangerous it is for them to sort of be in limbo like this," Glick said.

The administration is implementing a parole program to allow up to 30,000 individuals a month from those four countries a legal path into the United States. Glick said it doesn't take into account the realities of people forced to seek asylum.

Nor, he said, does it address the many other conflicts throughout the world including the Ukraine and the Republic of Congo that have led to this surge. On any given night, Glick said Vive is sheltering 100-150 people from as many as 15 different countries.

"I think the administration is trying to say, there's a legal way to do this but the reality is that that's not the way people who are fleeing hardship think,” he said. “When people are shooting you up in your village, you do what you can to try to protect your family.”

Glick said Jericho Road provides physical shelter, medical care, legal assistance and social support at the Vive shelter and it has been at capacity for several months. He said while it will likely be even busier if and when Title 42 goes away, the organization still opposes the policy because it increases human suffering incentivizing things like more dangerous border crossings in places that are not ports of entry or forcing people to stay in places where their lives are at risk.