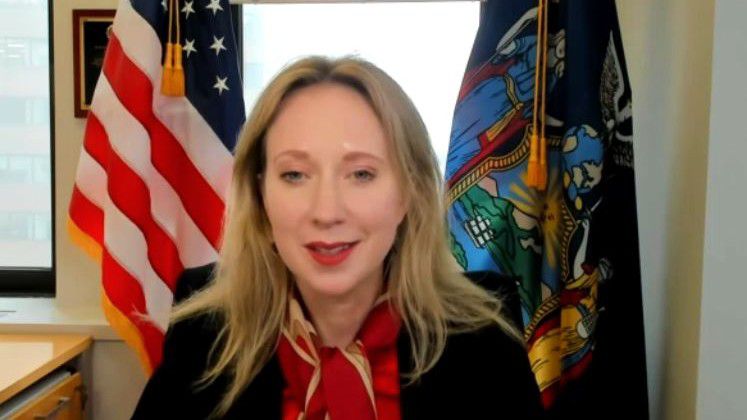 Just over a year ago, New York Inspector General Lucy Lang took over an office that had languished in the legislative equivalent of a backwater. Since then, the office, whose primary function is that of a state agency watchdog, has reached out to both the media and the public in order to rebrand itself as “user friendly."

Lang spoke with Capital Tonight about some of the office’s investigations as well as this new guiding philosophy.

“(We want) to be a watchdog that people know about, that people feel is accessible, and that people utilize for ensuring that there’s integrity in state government,” Lang stated.

Prior to Lang’s tenure, the office was run by Letizia Tagliafierro, a former top aide to Gov. Andrew Cuomo in multiple capacities who was implicated in the sexual harassment scandal that ended Cuomo’s career in politics.

According to Lang, over 5,000 complaints are filed with the IG's office annually — many of them come through via the agency’s hotline number: 1-800-DO-RIGHT.

“We have a very rigorous process by which our subject matter experts review every complaint that comes in,” Lang explained.

The largest tranche of complaints has dealt with the Department of Corrections and Community Supervision (DOCCS). Indeed, one of Lang’s first major reports was released last month and looked at discipline within the DOCCS system. It was titled, “Racial Disparities in the Administration of Discipline in New York State Prisons."

The report found that prisoners of color are more likely to be disciplined than white prisoners.

“As a result of our findings…we have recommended that the Department of Corrections implement annual and mandatory anti-bias training for all staff,” Lang said.

Lang explained that one way her office is recommending changes to state prisons is by eliminating discretion.

“We found, perhaps not surprisingly, that the kinds of infractions in which there was the greatest likelihood of disparate treatment, were ones where the individual administrator was able to make a discretionary choice,” Lang said.

The inspector general also recommended continuing the installation of cameras throughout the state prison system, as well as urging DOCCs to capture more data relevant to this issue.

When asked by Capital Tonight if the governor’s office had agreed to funding the purchase and installation of the cameras, Lang stated the following:

“I was asked to be an independent inspector general. As a result, I have built an office that has operated very much independently, and so we have not sought approval for our recommendations but given the whole administration’s commitment to racial justice issues, I am hopeful that all of our recommendations will be adopted.”