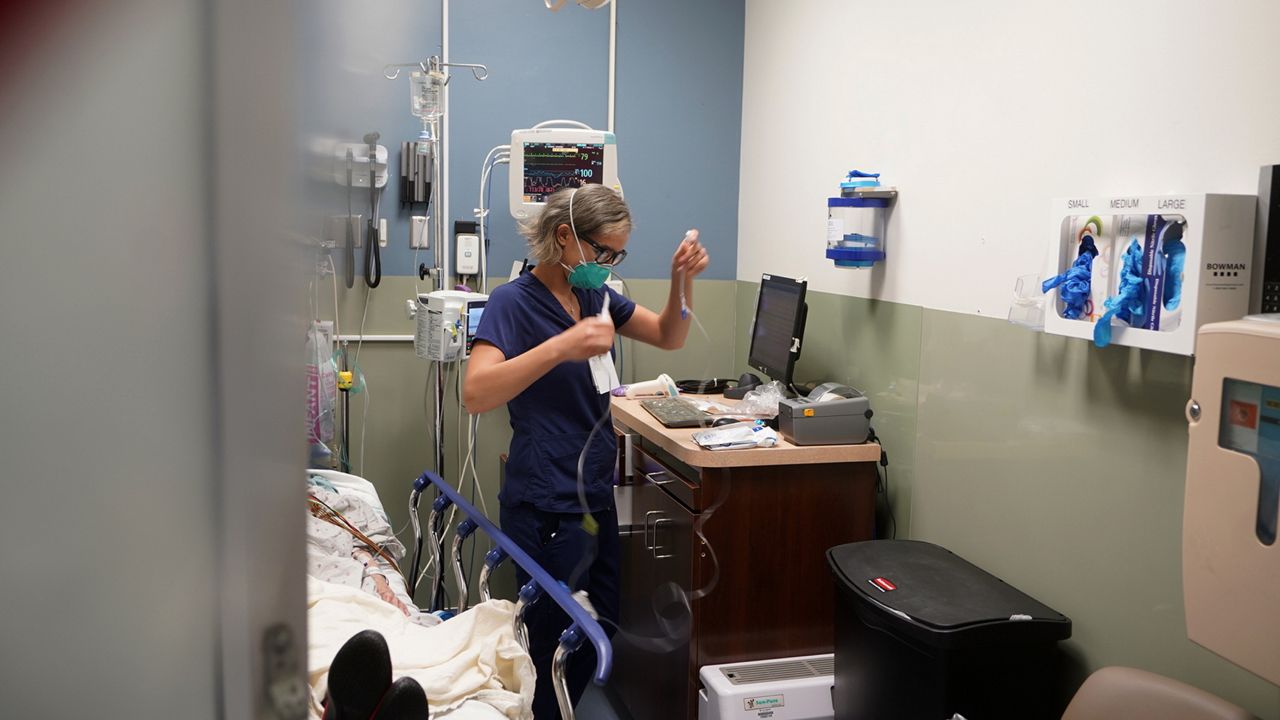 Schumer calls on DHS to assist hospitals overwhelmed with RSV

WARSAW, N.Y. -- Respiratory syncytial virus, commonly known as RSV, is not typically dangerous for adults but can be much more serious for young children.

"The good news is RSV is very treatable. If you get the right treatment, the odds of returning to safe, healthy childhood with no permanent damage is extremely high, but you've got to get people the materials they need," U.S. Senate Majority Leader Chuck Schumer said Friday.

But Schumer said many hospitals in Western New York and across upstate are not equipped to deal with the surge of cases they're seeing this year.

"This increases waiting times at the emergency room," he said. "There are backlogs and in tandem with the rise in flu and COVID, it is straining our health care providers in ways they haven't seen in awhile."

Wyoming County Community Health System, where Schumer held a press conference Friday, has seen 115 cases already this year. Oishei Children's Hospital in Buffalo, which takes patients from rural facilities like Wyoming, is at more than 1,000 already, more than double what it typically sees over an entire six month season.

"Our team has done a great job coming together to solve this. We've opened up five overflow areas. We've turned the area in front of our cafeteria into an extended ER bed for the less sick children but we can only do so much," Michael Mineo, Kaleida Health chief medical officer, said.

Hospital officials expect the situation to get even more difficult as cases of flu and COVID-19 increase as well. Schumer is calling on the federal Department of Health and Human Services to be at the ready if hospitals ask for assistance.

"A couple of hospitals have called them and they have been responding, so I don't want to give the impression they're not but they're going to have to ramp up because they're going to get a lot more calls," he said.

The majority leader said HHS has emergency authority in scenarios like this one to send supplies, equipment and structures for overflow. It can also send doctors and medical staff to overwhelmed facilities on a temporary basis, even waiving credential requirements to bring doctors and nurses from other states.

"HHS is nationwide and they have an inventory of where there's personnel that can be spared in their own areas to come here," he said.

Schumer said HHS can also enhance the use of telehealth allowing patients to immediately contact an expert from home as well as providing hospitals that typically don't deal with pediatric cases advice and expertise.