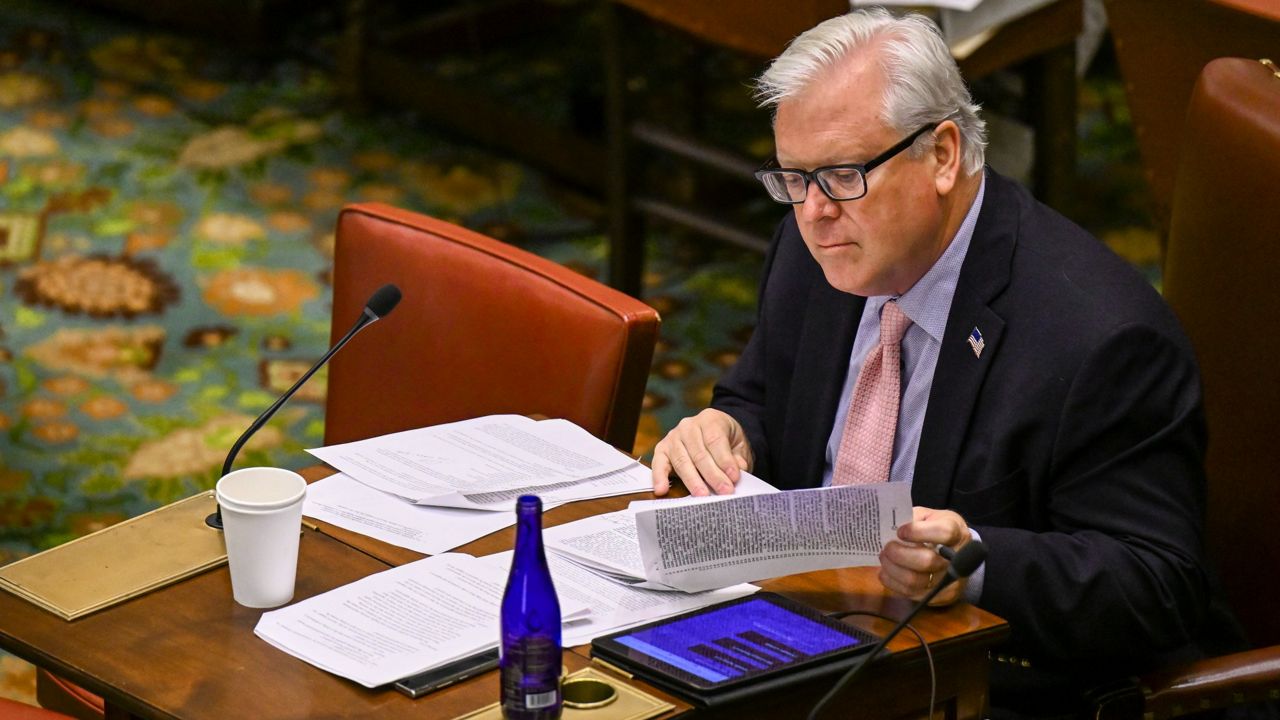 After Gov. Kathy Hochul’s tighter-than-expected victory earlier this month, some New York Republicans are dissecting the circumstances surrounding the election, as well as preparing for yet another session in the minority.

One of those Republicans is State Sen. Tom O’Mara, of Big Flats, ranker on the Finance, and the Investigations and Government Operations committees.

He was in Albany on Wednesday for the Senate minority’s new member orientation.

He spoke with Capital Tonight about his frustration with one-party rule, which the Democrats have enjoyed in Albany since they took the control of the state Senate in 2018.

“It really boils down to a lack of oversight,” O’Mara said. “I don’t believe the Legislature is doing its job in oversight of the executive. We have a system of checks and balances, (but) it’s one-party rule, and so we’re not seeing it.”

Whether in Congress, or in a state or county legislature, the minority party should play an important role in developing alternatives and agendas of its own, according to the Congressional Research Service.

O’Mara’s point is that he and other Republicans have been pushed to the side by majority Democrats who have prevented them from fulfilling their mission as an effective minority.

“My role in the minority is to push these issues. As ranking Republican on the Investigations Committee, I’ve pushed these issues over the last several years that we’ve been in the minority because I think we’ve seen a lot of passing the buck,” he explained.

He raised two examples of what he views as the Democrats’ unwillingness to investigate their own. The first issue was the nursing home scandal.

“Gov. Hochul has come out and retained an outside firm to do a thorough [nursing home] review at a cost of $4.3 million to the taxpayer,” O’Mara said. “Why isn’t the Legislature doing its oversight job?”

The senator claims the public will not accept the findings of an outside firm, which is being paid for by the administration.

O’Mara is also disappointed with the post-election release of the state comptroller’s unemployment insurance audit which Capital Tonight reported on here.

According to Comptroller Tom DiNapoli, the New York State Department of Labor delayed providing his office key information, and neglected completely to provide other data, something he mentioned in the audit.

In an emailed statement sent to Capital Tonight, DiNapoli Spokesperson Jennifer Freeman stated, “The audit was released when it was done. The state Department of Labor was not cooperative during this audit, and there were delays in the information provided to the audit team. We encourage lawmakers to focus on our serious findings and not attempt to politicize this audit.”

When Capital Tonight asked O’Mara if Department of Labor Commissioner Roberta Reardon should be fired or replaced, he said that that was under the purview of the governor.

“But I think there needs to be a thorough investigation,” he said.

O’Mara also laid blame on the media for not putting enough pressure on the administration to demand answers.