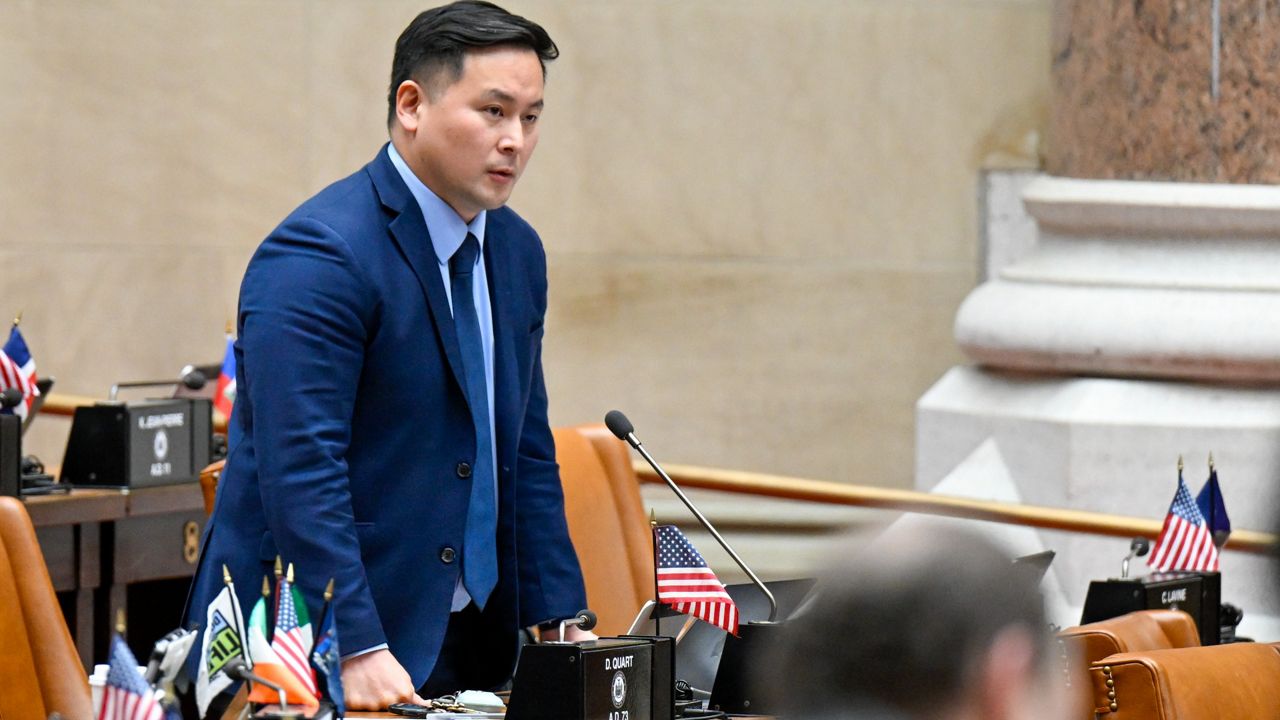 Is there a legislative fix for the kind of fraud, neglect and disinvestment allegedly found at The Villages of Orleans Health and Rehabilitation Center in Albion and outlined Tuesday by New York Attorney General Letitia James?

State Assemblyman Ron Kim, a Democrat from Queens, thinks so.

“We can seize this moment to hold the industry accountable with more transparency, auditing requirement, while rebuilding the county and state governments administrative capacity,” Kim told Capital Tonight.

Kim, who chairs the Assembly Committee on Aging, was an outspoken critic of former Gov. Andrew Cuomo and his administration’s handling of nursing homes early in the coronavirus pandemic.

According to James, the nursing home in question “lied” to the New York State Department of Health, which is tasked with overseeing nursing homes in the state. She alleged that ownership of The Villages was hidden behind two LLCs: Telegraph Realty and the CMHS Group, and that the owners of The Villages diverted taxpayer dollars “into their own pockets” while residents were neglected.

James is seeking to install a receiver at The Villages, as well as the immediate return of $18.6 million from its owners.

Kim stated that, in light of the attorney general's report, a priority should be placed on bolstering the Department of Health’s oversight capacity.

“The Department of Health has severe understaffing,” said Kim. “If we can’t even oversee an audit properly, the numbers that they are giving us, then we are failing at our job as a state.”

The Villages of Orleans Health and Rehabilitation Center has been in the news in the past for its high COVID-19 death numbers, which were reported by both The Buffalo News and The Rochester Democrat & Chronicle.

Additionally, Pro Publica’s nursing home deficiencies report shows that, as recently as February 2022, The Villages had earned a “D” rating.

When asked if he believed Gov. Kathy Hochul would be willing to invest in oversight, Kim said she has signaled that she takes long-term care seriously by creating a division within the DOH that is dedicated exclusively to long-term care, aging and Medicaid issues.

“About 35% of long-term care facilities are for-profits. Not only that, there is private equity and hedge funds and dark money that’s invested from outside the state that’s driving bad decisions in these facilities,” Kim said.

According to the New York Health Foundation, New York is one of four states that prohibits for-profit hospitals owned by publicly traded companies from operating in the market.

One concern Kim has with James’ plan for The Villages, is her decision to hire a receiver to take over the facility.

“If we don’t even have the administrative capacity to properly check the contracts, to double check the numbers that they’re giving us are accurate, we are not, as a state, ready yet to get back into the business of care,” he said.

Instead, Kim said he wanted to explore the idea of having counties return to operating nursing homes, rather than “punting” care to contract agencies and for-profits.

An email to the New York State Association of Counties was not returned.

Several emails and a phone call to the Department of Health were not returned.