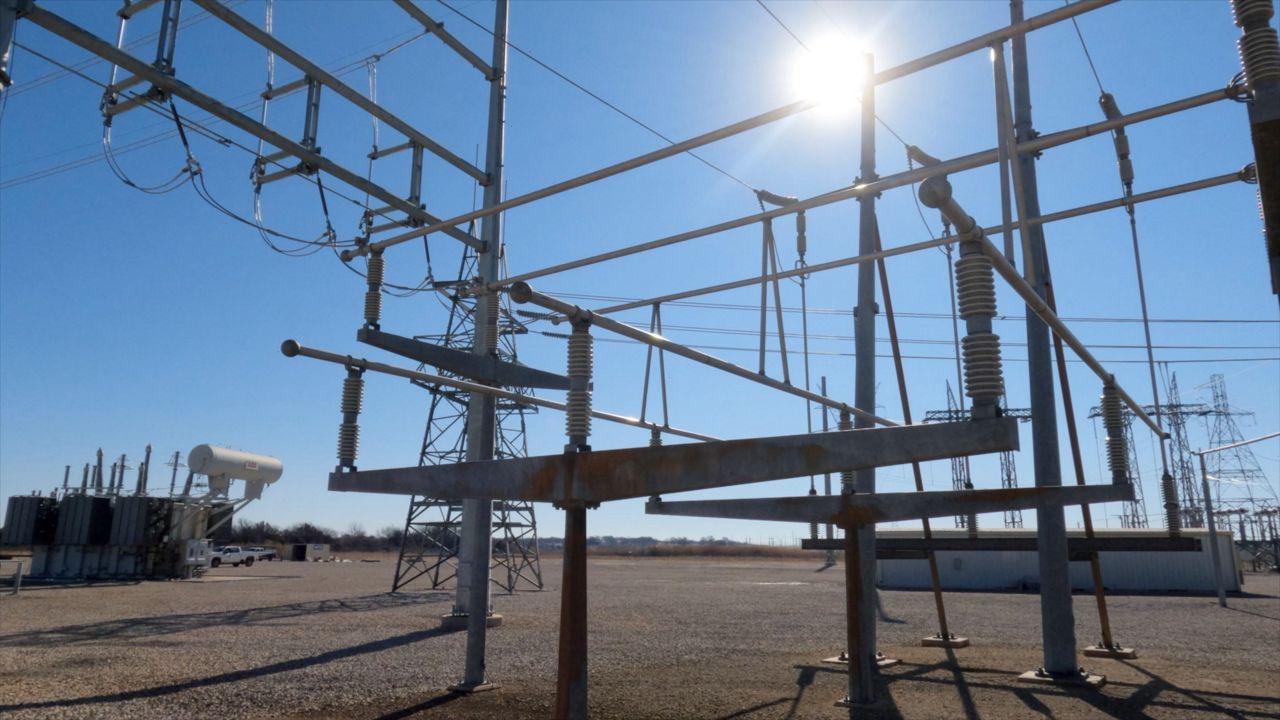 Experts say the state's power grid has enough supply to be stable throughout the winter, and amid higher energy costs upward of 30%. (AP)

New Yorkers are expected to see electric bills increase by more than 30% this winter compared to last year in wake of various national and geopolitical factors keeping the cost of natural gas and electricity elevated.

Inflation, ongoing supply issues from the COVID-19 pandemic and the war in Ukraine continue to keep energy costs significantly higher, but New York's power grid has a sufficient supply of energy and won't be strained to carry the state through the winter season, according to an assessment Monday by New York Independent System Operator.

Experts with New York Independent System Operator, which is responsible for the functioning of the state's electricity grid, estimate the state's power system will have a surplus of 1,620 megawatts at peak demand.

"The real concern we have is whether or not that's going to impact fuel supplies here in the state," Lanahan said. "Right now, it doesn't look like that's an issue, but the pricing issue is definitely something that we're concerned about and we want to make sure consumers understand going into the heating season."

The higher prices, with increases between 30 and 40%, aren't expected to turn around before the spring thaw. The price of fuel and natural gas directly impact the cost of electricity.

NYISO has been working with transmission owners and utilities around the state to make sure customers are aware of the expected cost increases.

He added that lawmakers and state officials must be aware of the forecasted increases they can't control and sustained impact on taxpayers.

Utility companies are bracing themselves for more consumers struggling to pay their energy bills.

Last week, National Grid announced it would donate $6 million to customers struggling to pay their bills with the higher costs this season. The utility's one-time program is separate from available federal and state assistance, and is expected to help an additional 31,500 New York households that do not qualify for the Home Energy Assistance Program or other aid.

"[We] will try to help those kinds of customers who just don't make the cut-off for the federal programs and things like that," National Grid spokesman Patrick Stella said. "It's some of the things we're trying to do just to prepare and help customers that may be financially in trouble during the winter season."

Demand on the state's electric system is increasing as buildings and vehicles shift to electricity in an effort to not rely on using fossil fuels.

National Grid has plans to be fossil fuel-free by 2050 to stay on pace with the state's climate goals outlined in the Climate Leadership and Community Protection Act that requires the state to reduce its greenhouse gas emissions by 85% by 2050.

National Grid has started system upgrades in preparation for a higher reliance on electric energy.

But NYISO experts added that isn't enough to replace retiring fossil fuel systems — especially after 2025 — and stressed it's an area policymakers must focus on next session.