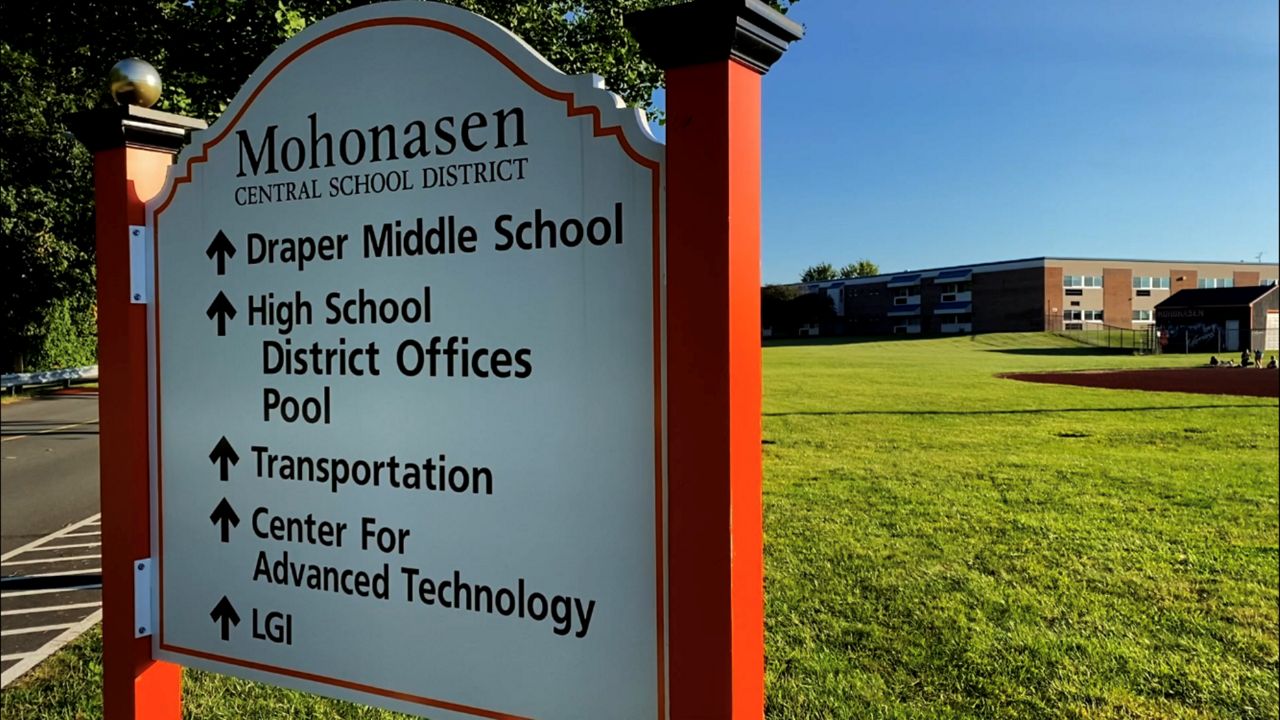 Some New York public school districts say they'll need additional funding from the state Education Department to meet a department deadline to replace their Native American mascots by the end of the academic year.

The department published a memo late last week mandating dozens of New York school districts with Native American mascots, logos and related imagery to change them by the end of the 2022-23 school year or forego future state aid.

"If they're going to give what I would quickly refer to as an unfunded mandate, then they need to back it up with dollars," Rotterdam-Mohonasen Superintendent Shannon Shine said Wednesday.

State Education Department officials would not answer repeated questions Friday about the department's intent to give funding to the roughly 60 New York school districts required to change their derogatory mascots.

"The department is developing regulations that will clarify school districts’ obligations in this respect," according to a statement from SED. "These are issues that will need to be reviewed on a case-by-case basis, but it is our hope that this directive will prompt school districts and their school boards to have an important conversation around this very topic and take the steps necessary to ensure their district mascots, team names and logos are non-discriminatory."

Decades back, the founders of the Mohonasen Central School District in Schenectady County created its name combining the words Mohawk, Onondaga and Seneca, or three members of the Iroquois Nation.

Its school logo has three Native Americans, but its team is the Warriors, and hasn't had an official mascot for years. Another school logo features a warrior-like spear cradling the letter "M."

The recent announcement by the state Education Department surprised and confused school administrators, who don't know if they have to change their district name, logo, team name or all three.

"Right now, we have more questions than we have answers because we need to know," Shine said. "Are you concerned about all of those things, some of those things, a combination? What are the rules?"

SED cites various studies that show using indigenous symbols as mascots fosters a hostile environment and racism against Native Americans and has a negative psychological impact on indigenous people.

Tadodaho Sidney Hill, a traditional leader in the Haudenosaunee Confederacy, or Iroquois Nations, says presenting his community as a mascot teaches children not to take his culture or religion seriously.

"[It's like] we're like lions or tigers in India," Hill said. "You know, we're put in this category of this mascot issue, of course, like we're not real or we're not important."

It's a conversation people have had for decades, but Hill says problematic mascots aren't typically retired until money is on the line — like the rebranding of the Washington Commanders NFL team earlier this year.

Similarly, state education leaders are threatening to keep millions of dollars from districts.

Hill says the acceptance of Native American mascots is rooted in racism.

"And people don't understand that," he said. "That it is what it is, you know? It's a racist thing where our people are treated differently, and [as if] it's OK — it's alright to do this."

Schools have about seven months to replace their derogatory names or logos following an education department memo last week.

The Mohonasen community has sent messages to the district - some ready for a change and others struggling to accept it.

Some upstate school districts like Coxsackie-Athens, Waterloo and Lyme retired their Native American mascots over the last year.

The Cambridge Central School District in Washington County made a similar decision to replace its mascot last year. The community is at the center of the court case that led to the SED's memo, but some residents filed an appeal to the state Supreme Court's ruling from June. It's unclear when a higher court will make a decision.

Shine says the school community will be part of choosing what needs to be replaced after the district receives more details from the education department.

"Let's find out about what they're asking, then we want to talk about it publicly," Shine said. "We'll garner parent input ... but when it happens, we'll be transparent. We'll be inclusive, we will listen and then we'll move forward together as a community."