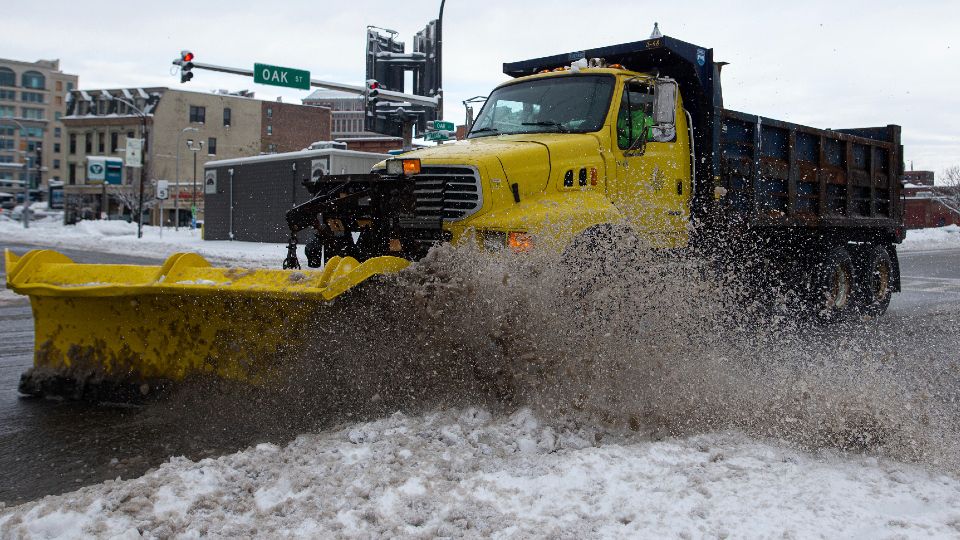 BUFFALO, N.Y. — The lake-effect snow event has come and gone, but Buffalo's commissioner of public works, Nate Marton, says there's still plenty to do — especially in the hardest hit southern portions of the city.

"In this area of the city it's not a plowing operation, it is a snow removal operation," said Marton. "Scoop by scoop, this heavy dense snow into a dump truck and then hauling it away to dump it. So it's a tedious process but it's something we're working on.”

Marton said the city is utilizing its own equipment, pieces on loan from the state and private contractors. Its made good progress on first pass to clear access for emergency vehicles and is continuing with secondary clearing and plowing.

He said there are not estimates on cost yet.

U.S. Senator Kirsten Gillibrand was in Buffalo Tuesday. She is among the New York politicians, including Gov. Kathy Hochul and Senate Majority Leader Chuck Schumer, who wrote to President Joe Biden, asking him to declare 11 counties in New York eligible for Federal Emergency Management Administration disaster assistance in response to historic levels of snowfall.

"We were grateful that the president did say that we reached the threshold of emergency need,” Gillibrand said. “A lot of families really suffered during this storm. Three people lost their lives. That's devastating for those communities and when Buffalo gets hit hard by these winter storms, we need the resources to just get the snow out.”

A FEMA spokesperson pointed out the current declaration is not for a major disaster, but rather just an emergency, meaning at this point there are no loans or grants available for private citizens or businesses. He said that could change based on how New York moves forward as it assesses the damage, but for now, people dealing with damage should contact their local offices of emergency management.

FEMA staff is embedded with the state, providing technical assistance to help municipalities get reimbursed for extraordinary costs.