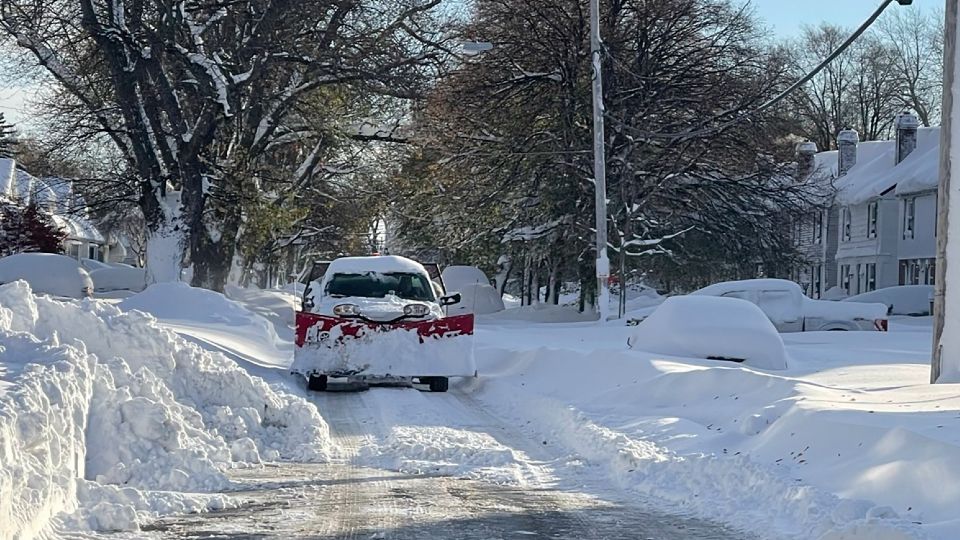 BUFFALO, N.Y. -- Western New York continues to dig out of the snow after some areas got nearly seven feet over the last several days.

"Everybody's snowed in but everybody is chipping in, helping out with each other and checking in on friends and neighbors to ensure that everything is OK," U.S. Rep. Brian Higgins said.

Higgins said while cleanup will likely take a while, Western New York municipalities won't have to foot much of the bill. In response to a request from Gov. Kathy Hochul, President Biden issued a federal emergency declaration for 11 New York counties, including Erie, Cattaraugus, Chautauqua, Genesee, Niagara and Orleans.

"You can't plan around a snowstorm 12 months out," Higgins said. "We get snowstorms fairly regularly. I think local governments have adjusted their budgets to address those problems when they occur but this is obviously extraordinary."

The governor noted the White House took weeks to grant a request after a similar snowstorm in 2014.

"This was a quicker approval and I'm happy for that," Higgins said. "I applaud the governor. I applaud the president."

The declaration allows local governments to get reimbursed by the Federal Emergency Management Agency, or FEMA, for 75% of their storm-related costs. Higgins said good record-keeping will be key moving forward.

While he expects things to go smoothly, he said his office will step in to help municipalities where it's needed.

"This is pretty routine. I think they're used to it. They do a good job. They are accountable for their own budgets," Higgins said.

The congressman said FEMA will have to determine whether it will provide grants and loans for individuals, families and businesses once it can better assess the breadth of the damage caused by the storm.

Hochul said she will be asking the Small Business Administration how it can help once the state transitions from response to recovery.