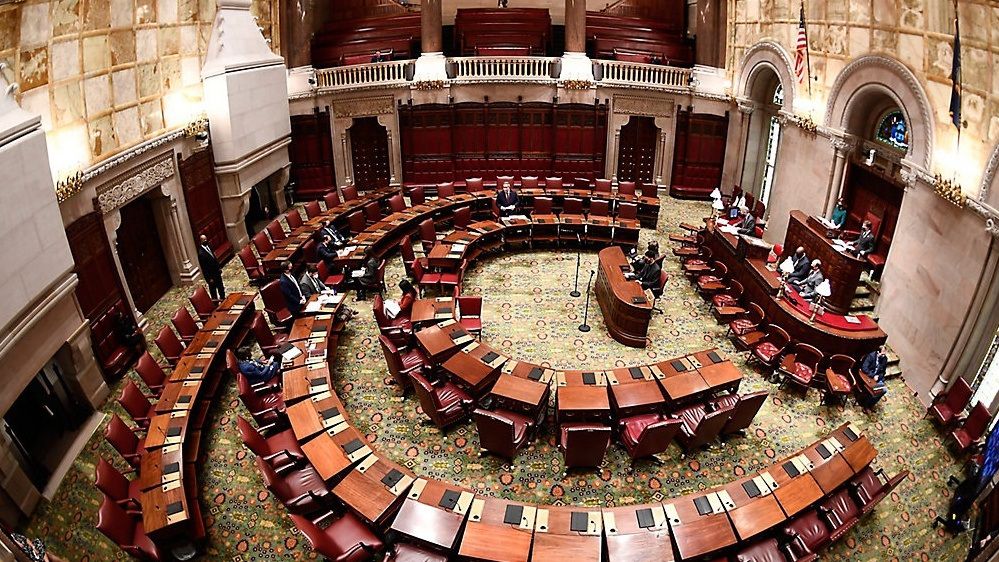 What’s next for Sens. Hinchey, Serino after close contest

The state’s redistricting process shifted the 41st Senate District to the east and south with slightly more Democratic voters, and pit Hinchey against Serino, a Republican from Hyde Park.

Hinchey was victorious with more than 51% of the vote to just under 47% for Serino — a difference of about 6,000 votes, according to unofficial results from the state Board of Elections.

Both incumbents ran a tight contest to represent a portion of the Hudson Valley in the Legislature, including Columbia and Greene counties and parts of Ulster and Dutchess counties.

"We had both taken the same votes over the last two years, right? It’s not hypothetical," said Hinchey. "It’s not running on possible change and hope. It’s what we’re both doing today."

Hinchey, a Democrat from Saugerties, was first elected to the Senate in 2020.

The new 41st Senate District became slightly more Democratic after it was redrawn to include about 25,000 more eligible voters, who came out with more fervent support for Hinchey. She out-performed Gov. Kathy Hochul and other statewide Democratic candidates in several areas.

Hinchey credits campaigning on her record from her first two years in office and connecting with voters of all ages and beliefs.

It was an uphill battle for incumbent Serino, who was first elected to the Senate in 2014.

The district crossed the Hudson River and has 75% new voter territory for Serino, compared to 50% of new area for Hinchey.

Serino says the state's new election maps would have been better if the Independent Redistricting Commission had agreed on a set of election lines and evaded legal challenges.

"It's just a very different situation with the redistricting, but I'm not a quitter," Serino said. "So that's why I said I was going to go forward and run. I love what I do."

During her time in the Senate, Serino helped develop the peer-to-peer counseling program for veterans, new laws to combat Lyme and tick-borne diseases and a safer overpass on the Taconic State Parkway.

"We’ve been able to help so many people, and that’s what this job is about," she said.

When lawmakers return in January, Hinchey plans to focus on affordable housing, legislation to ban utility companies from estimated billing and using industrial hemp. She's open to conversations to extend a suspension of the state gas tax that expires Dec. 31.

Hinchey says Democrats must learn from the last race after Republicans made gains in the traditionally blue state and communicate with people more effectively in upstate communities.

"We have to find a way to communicate our message," the senator said. "We can’t just leave communities off the table or pretend like you don’t decide that, they’re not winnable and focus somewhere else."

Meanwhile, Serino is keen on staying involved and says her work in the public sector isn’t finished.

But she's keeping specifics about her future plans under wraps for now, and would not answer questions about the type of government she's interested in or the public office she has her eye on.

Dutchess County Executive Marcus Molinaro was elected to represent the 19th Congressional District, and was elected to the position after five years serving in the state Assembly.

"I want to continue to be able to help people in the area that I absolutely love," Serino said, adding with a smile, "Stay tuned."