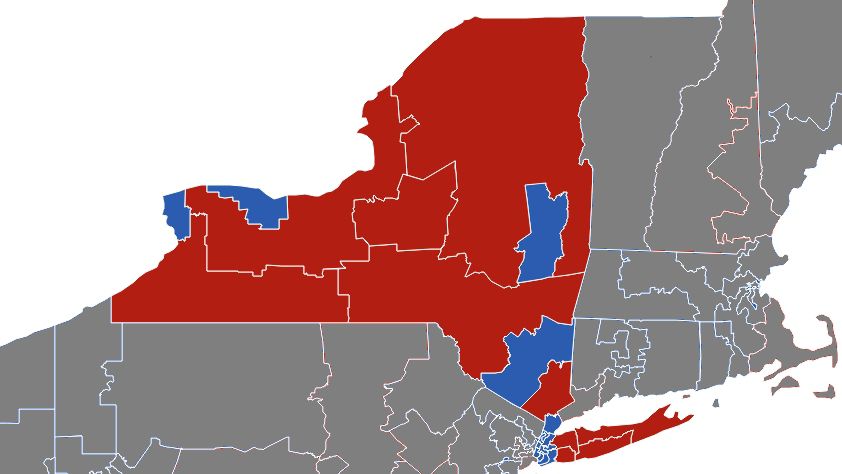 Despite a nationwide “red ripple," the Republican Party was able to gain some key congressional seats in New York which helped pave the way to a small House majority.

State Sen. Alessandra Biaggi, a Bronx Democrat who will be leaving office in January, is one of a growing number of Democrats looking for change at the top of her own party following the midterm elections. Biaggi told Capital Tonight that a lack of strategy and long-term vision by the party’s current chair, Jay Jacobs, led to the party’s defeats in New York.

Republicans were able to flip four House seats that were previously represented by Democrats. Republican Mike Lawler was able to beat Democratic incumbent Sean Patrick Maloney who served as the chair of the Democratic Congressional Campaign Committee. George Santos, Marc Molinaro and Brandon Williams were able to win open seats.

Biaggi argues the New York “red wave” did not materialize just in the last year, but was due, in part, to a redistricting system which was “unrealistic” and intentionally set up to fail. The process, which Biaggi criticized, was created from a constitutional amendment which set up the Independent Redistricting Commission. When the IRC did not come up with final maps that were approved by the Legislature, the Legislature drew the lines themselves which were subsequently thrown out by the state courts.

As Jacobs tries to shore up support among county chairs, Biaggi joins a growing chorus of Democrats calling for change at the top of the Democratic Party. Biaggi said a new chair needs to strengthen the party’s organizing abilities and coordinate with county chairs on strategy. She adds that a new leader must unify the big tent party rather than divide it.

When asked if the outgoing senator would like to take on the role herself, she said it is “not a job I aspire to” and prefers to support behind-the-scenes election efforts.