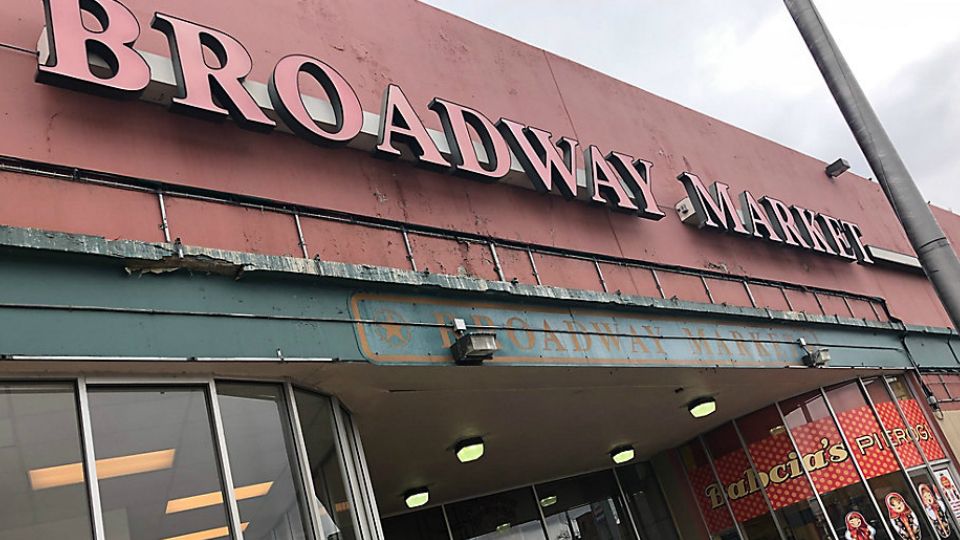 6 months since Tops shooting, Hochul lays out some of East Buffalo investment plan

BUFFALO, N.Y. --  It's been six months since an armed gunman at a Tops supermarket shot in killed 10 Black people.

Gov. Kathy Hochul said instead of tearing the community apart, the tragedy brought it together.

"We didn't wallow in our pain and suffering and our hearts break every day for those families that are still having an empty seat at the kitchen table or the dining room, especially as the holidays come upon us, but we are going to now continue to forge a path forward," she said.

Hochul said part of that path forward is investing in the long-neglected east side of Buffalo, or East Buffalo, as most elected officials have taken to calling the area since the shooting.

In Buffalo this morning, @GovKathyHochul is making an announcement about investment on Buffalo’s east side. Today marks six months since the racism-fueled mass shooting at a local Tops supermarket. pic.twitter.com/bTYYFUCVs2

"We have tried very hard to help this community rebuild and to help lift up the individuals who have been affected and part of that was a $50 million commitment and so we're continuing to allocate those funds, as well as making sure that we focus on affordable housing and helping lift up the community overall," she said.

The state actually awarded the Broadway-Fillmore corridor, which neighbors the Jefferson Avenue community where the murders happened, $10 million prior to the shooting last year as part of its Downtown Revitalization Initiative.

On Monday, Hochul laid out the projects that funding and $34 million in private investment will go toward, including renovations on the historic Broadway Market, transforming the great lawn at the Central Terminal into useful recreational space, improving the pedestrian experience and more.

The governor also gave a little more insight on the timeline for a large-scale permanent memorial for the victims as the city and state work with community and families to establish a plan.

"The reason we moved ahead is that we would really like to have something completed on the one-year anniversary and we're already six months into it so we didn't think there was any reason to delay announcing that this is being commenced, there's money behind it and we're going to be working very closely with the family members in particular to make sure that there's something that really properly memorializes their family members," she said.