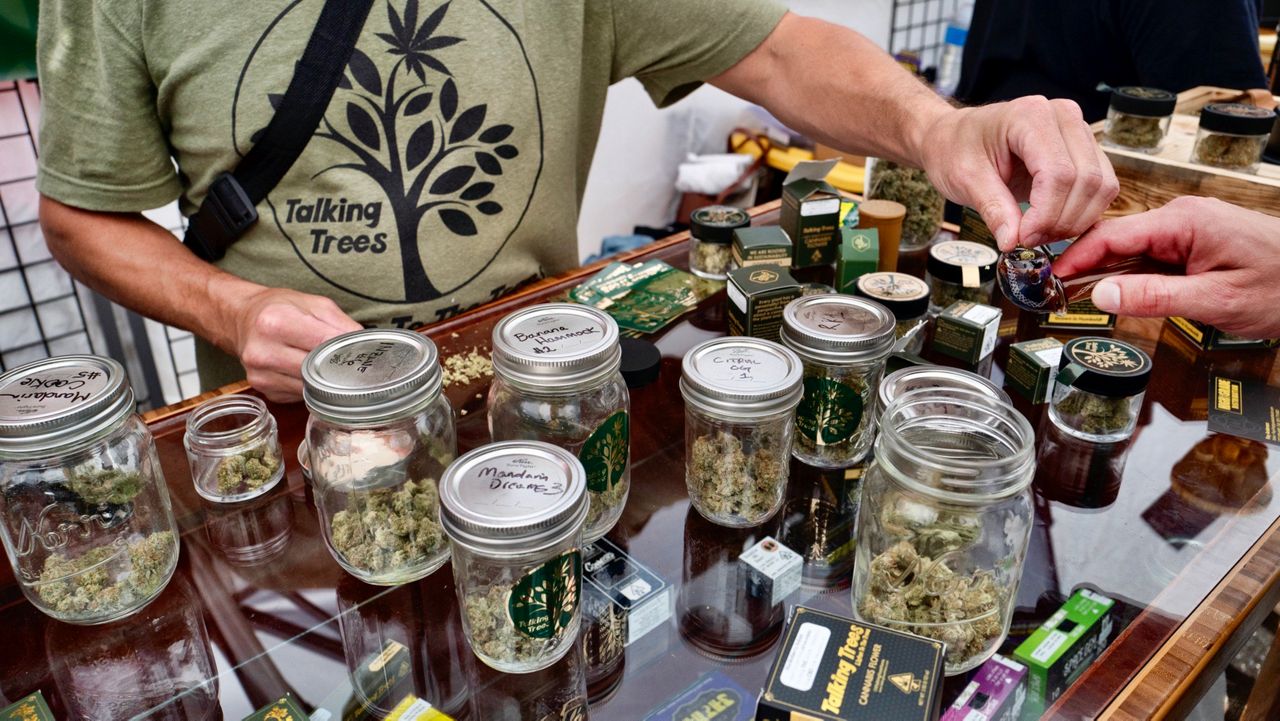 People preparing to sell recreational marijuana in New York and those who've grown and harvested the state's first crop are concerned a federal ruling blocking retail licenses will delay the industry's kickoff upstate and impact their businesses.

U.S. District Court Judge Gary Sharpe issued an injunction Thursday blocking state cannabis regulators from issuing retail licenses in Central New York, Western New York, the Finger Lakes, the Mid-Hudson region and Brooklyn amid a lawsuit by company Variscite after its application to be one of the state's first retailers was denied.

Cannabis growers and more than 900 people who applied for the state's first Conditional Adult-Use Retail Dispensary licenses are concerned the decision will slow the opening of marijuana stores upstate.

"The question is what, what's to become of all this product now?" asked Patrick Hines, a partner at Hodgson Russ LLP. "Does it go to waste, which obviously has real consequences for real people? Or does it get shifted into the existing illicit market, which, obviously, don't have these same concerns?"

Officials with the state Office of Cannabis Management say they're forging ahead with processing hundreds of retail license applications as quickly as possible, and expect the anticipated timeline for New York's first recreational marijuana sales by the end of the year to stay on track.

New York's Conditional Adult-Use Retail Dispensary program and related $220 million fund were legislated to support the state's first 150 retail dispensaries. This first tranche of licenses is reserved for people with a significant presence in the state and a previous marijuana conviction under former drug laws.

Office of Cannabis Management officials expect to expand retail license applications outside that scope by the middle of next year.

"The fact that this person just couldn't wait another six months, it's really a shame," NY Cannabis Association President Allan Gandelman said. "And that [they] had to file a lawsuit to stop all of these people from running their businesses is just really strange."

Gandelman grew one acre of high THC cannabis at his farm in Cortland, New York, this year. His plan to supply product to cannabis retailers in the Finger Lakes and Central New York is now on hiatus.

He says he'll drive hundreds of miles to sell to dispensaries in other regions unaffected by the ruling if he has to.

"Fresh cannabis flower is really only good for about, like, six months, and so hopefully, we'll be able to sell all of it within the next six months to the other stores in the other regions," Gandelman added.

The state's plans to file an appeal are unclear. Officials with the state attorney general's office say the office is reviewing the decision, but would not answer other questions about its intent to challenge Sharpe's order.

OCM will not comment on pending litigation, but the state Cannabis Control Board is expected to issue New York's first marijuana retail licenses in other parts of the state later this month.

"We don't know who's going to really be impacted, we just know that people in these regions will be impacted," Gandelman said.

The state Office of Cannabis Management will continue to finalize additional rules and regulations for people who grow, process and sell marijuana in New York as license programs and applications expand next year.

The state Budget Division projects $56 million in projected revenue from marijuana sales in Fiscal Year 2023, and $95 million in 2024. That's expected to continue to increase between 40 and 65% per year through the rest of the decade, but those figures could be much lower than expected depending how long retail licenses and business openings are delayed by legal challenges.