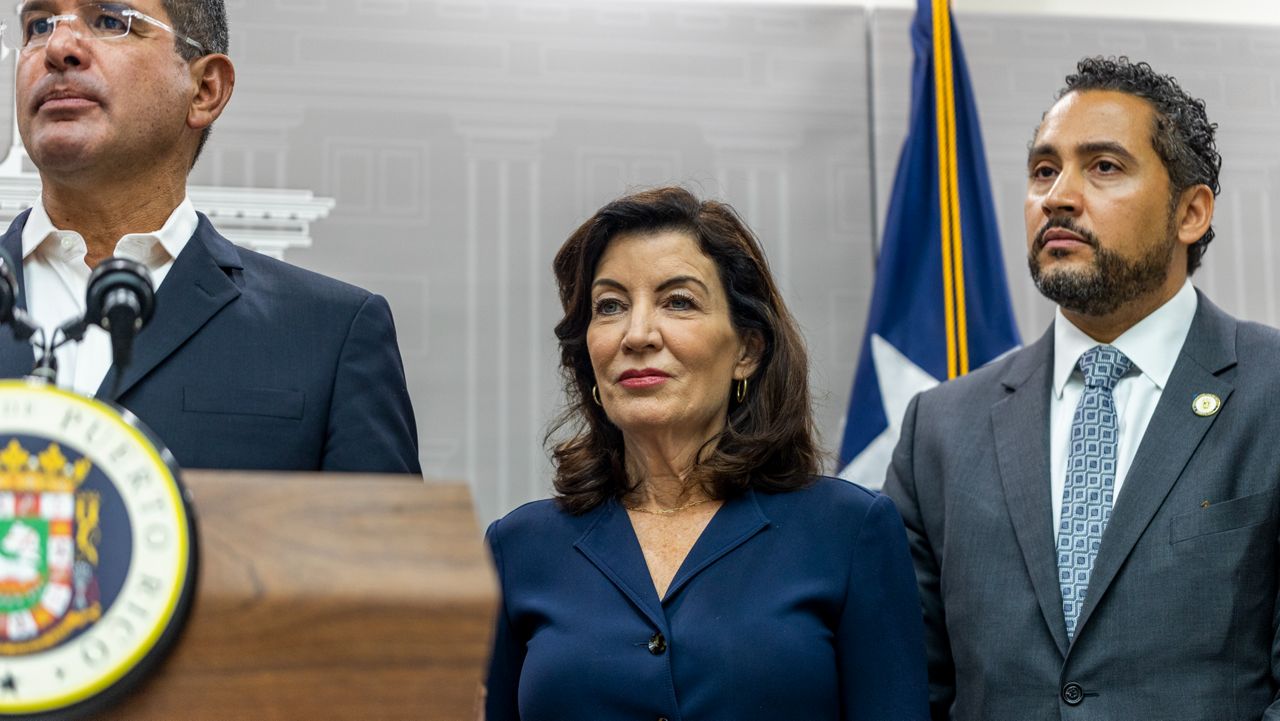 New York Democrats continued to hold discussions about the future of the party Friday at the annual SOMOS conference in Puerto Rico.

Now that the dust has settled from Tuesday’s election, city and state leaders have different conclusions and takeaways.

While Gov. Kathy Hochul defeated Republican Rep. Lee Zeldin, the night did not go as well for congressional Democrats who lost seats, putting control of the House of Representatives on the line.

“It’s the cruelest irony that there was a red wave nowhere except New York,” said Bronx Rep. Ritchie Torres. “Which is one of the bluest states in the country. We were hoping that New York would be our salvation, instead it could end up being our undoing.”

The Democrats also lost seats in the state legislature, threatening the supermajority which would give legislative leaders the power to override the governor’s veto.

One issue that seemed to resonate in parts of the city was the Republican message that crime rates are going up and Democrats haven’t done enough to address it. Hochul said she is open to those discussions with the legislature about making further changes to cashless bail and other criminal justice reforms.

“We are going to continue the work we are doing. I am always open to ideas,” Hochul said Friday. “We go back to the legislature in just a couple of months. We will be sitting together then, talking about which laws working, any shortfalls, and also the problem we have not been talking about is our court system was fully shut down for two solid years.”

Another issue that will be on the agenda in the coming months is a proposal to adopt a congestion pricing plan. Drivers entering Manhattan below 60th Street could pay a newly created fee upwards of $23 dollars.

State Senate Majority Leader Andrea Stewart-Cousins said she has some concerns about the plan.

“I think the conversation about congestion pricing is one that has gone on for decades and we came to this point because collectively, pre-COVID, there was a push from New York City to do this and many other places. So we had gotten to the point where we allowed for it to happen,” said Stewart-Cousins. “Obviously things have changed.”

Asked about changes for Democrats after Tuesday’s election, including the future of @JayJacobs28, @AndreaSCousins says, “It is important for the leadership of our party to be collaborative. To be coordinated. The sniping from leadership at each other is not going to help us.” pic.twitter.com/AAOwoy4OTH

Even Hochul was non-committal about when it would take effect.

“We’re still very much involved in congestion pricing, but there’s timetables involved, there’s a process that has to continue, so that’s ongoing,” Hochul said.

Democrats and environmentalists championed congestion pricing, arguing it will get cars off the road and lead to cleaner emissions.

But the economic climate has shifted, with inflation being a big concern for New Yorkers who would have to pay those fees.