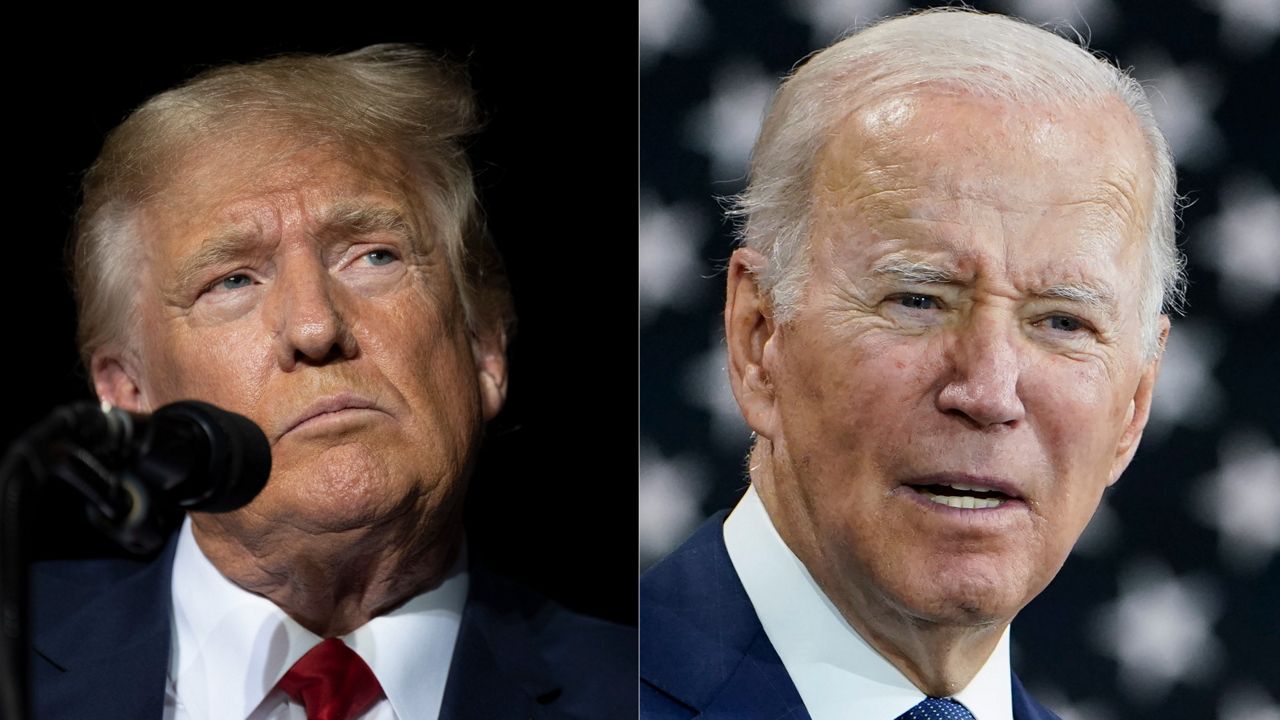 This combination of photos shows former President Donald Trump, left, and President Joe Biden, right. This year’s midterm elections are playing out as a strange continuation of the last presidential race — and a potential preview of the next one. (AP Photo/File)

The Biden and Trump factor in New York's midterm elections

A 2024 rematch between President Joe Biden and former President Donald Trump is still far from a certainty, but the 2022 midterm results could be a foreshadowing of their prospects.

In New York State, like elsewhere in the country, Biden helped lift some Democratic candidates to victory while Trump was pushed away by some Republicans who won.

Two days later, Hochul defeated Republican nominee Lee Zeldin in the race for governor by a margin larger than polling had projected, doing so with Biden campaigning for her.

“He comes here to announce, hmmm, 50,000 new jobs because Micron’s coming here and didn’t go to Texas,” Hochul said at the rally in Westchester County.

The president also traveled to the Hudson Valley for Democrat Pat Ryan, who won a full House term.

“And a lot of people said, ‘Do you want the president here?’ I said, ‘Yes!’” Ryan said Wednesday on NY1’s “Inside City Hall.”

Not far away, Republican Mike Lawler beat Sean Patrick Maloney, chair of the Democratic Congressional Campaign Committee, and, on Thursday, envisioned a GOP without Trump as its face.

“I think more focus needs to be on the issues and the substance of those issues than on personalities,” Lawler told CNN’s “This Morning.”

Nicole Malliotakis, the only Republican serving in New York City’s congressional delegation, had touted her endorsement by Trump on her campaign signs, but made no mention of him in her victory speech.

“We ran this race speaking to all corners of this district,” she said Tuesday.

And though the anticipated red wave in the midterms didn’t materialize nationally, GOP congressional contenders did effectively sweep Long Island.

But there, Pete King, a former House member once closely aligned with Trump, tweeted that the GOP must tell Trump, “You’re fired!”

The former president, fuming about the elections results on his social media network, has teased an upcoming announcement expected to be about his White House bid.

Biden for his part said Wednesday at his post-midterms news conference that he would finalize his decision to seek re-election early next year.

“My intention is that I’m going to run again,” the president said, “but I’m a great respecter of fate.”