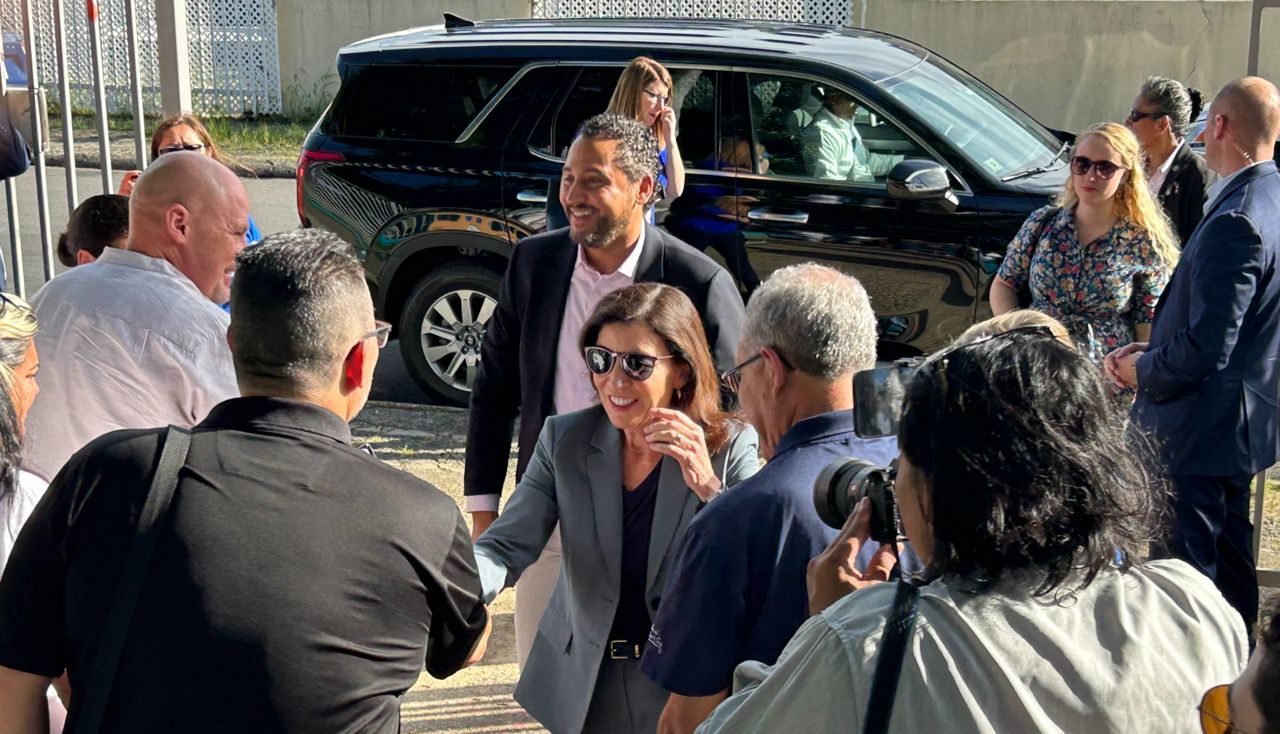 New York Democrats are gathering in Puerto Rico for an annual political conference that takes place after every general election.

Fresh off her victory, Gov. Kathy Hochul was in a dancing mood after she arrived in San Juan and paid a visit to a local school. There, she offered some insight into the election results.

While she defeated Republican Rep. Lee Zeldin, it was the closest gubernatorial contest in the state in nearly 30 years.


“I think we did very well. I feel like there were a lot of headwinds across the country,” Hochul said. “And it’s interesting that there were $20 million spent in the last five weeks from outside money in a race like this. But we had over three million voters.”

But it wasn’t all good news for Democrats. Several congressional seats in the Hudson Valley and on Long Island were lost. As were a handful of Democratic Assembly seats in southern Brooklyn and parts of Queens.

Some in the party are calling for state Democratic Chair Jay Jacobs to step down, including Rep. Alexandria Ocasio-Cortez and others progressives.

“I think Jay Jacobs should be fired from his post,” said Democratic State Senator Jessica Ramos. “This is not the first occasion where he could have done more.”

But for now at least, Hochul says she is standing behind Jacobs, who told us he’d like to remain in the position.

“We are not making any decisions. I think he did a great job as chair, and he continues as chair. I am not changing anything,” Hochul said.

Asked about election results, ⁦⁦@GovKathyHochul⁩ says her campaign and ⁦@nydems⁩ did quite well.

As for calls within the party to remove ⁦@JayJacobs28⁩, Hochul says she has no plans to replace him. He stays. pic.twitter.com/syK1VovlxI

“I think they really did not show up enough for Southern Brooklyn this cycle,” says Democratic state Senator Andrew Gounardes. “They did a little bit toward the very end with less than a couple of days to go. That’s just not enough.”

The Brooklyn county organization claims they acted once they were alerted to the problem.

“We did not hear in real time what the real challenges were during the process for the general election, but I will say once we did get it, once the alarm was sounded, we jumped on it,” said Brooklyn Democratic Party Executive Director Yamil Speight-Miller.

At this point, the losses are behind the party, and while there is finger-pointing, local leaders say they are looking ahead to make sure it doesn’t happen again. City Council races and Assembly races are being held again next years because of redistricting.