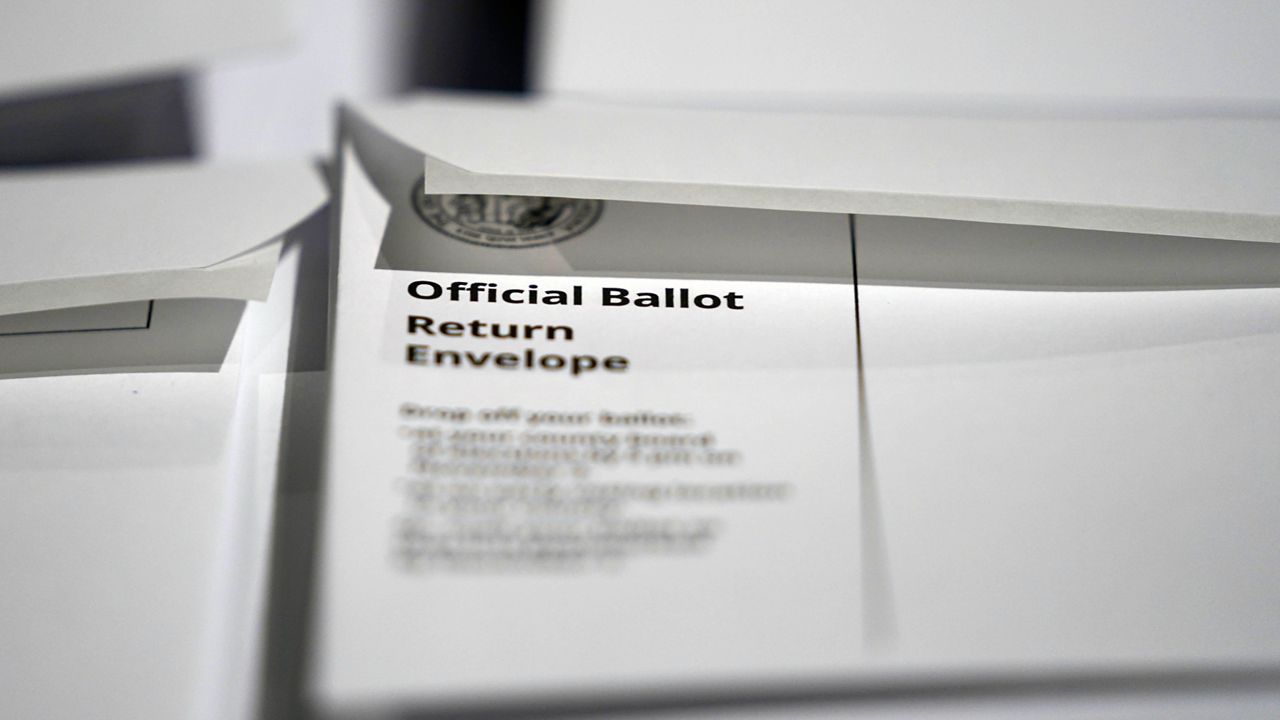 A state Supreme Court judge is expected to release a ruling this week that could upend the process to count thousands of absentee ballots that have already been sent to voters.

Saratoga County State Supreme Court Justice Dianne Freestone, a Republican, will make a decision in the coming days to potentially overturn new laws that expanded absentee balloting and could change things for New Yorkers who plan to vote by mail-in ballots this year.

"It could be a mess... it could be a real mess because people have already voted," said Blair Horner, New York Public Interest Research Group's legislative director.

The state Conservative and Republican parties are among plaintiffs wanting to overturn new state laws that expanded absentee balloting in the wake of the COVID-19 pandemic.

Plaintiffs argue new rules that allow New Yorkers to request a mail-in ballot for temporary illness or COVID and absentee ballots to be counted when polls close on Election Day are unconstitutional, saying they impede the ability of a judicial review of problematic ballots. They want the state Board of Elections to stop canvassing absentee ballots mid-process.

"The case is seeking to challenge the constitutionality of the state law, despite the fact it's been on the books for awhile," Horner said of the legislated changes that took effect this year. "If the judge rules that it is unconstitutional, it could throw a real, real monkey wrench into the voting practices of those who've already submitted their ballots or are wanting to submit their ballots."

One of the challengers in the suit is a registered Democrat who received an absentee ballot application in September. Members of the party had pre-marked "temporary illness/COVID-19" as the reason for requesting to vote by mail before sending out the form. Registered voters were required to apply for the mail-in ballot and sign and return the application to their local boards of elections themselves.

Attorneys representing both sides of the civil suit said Monday they expect Freestone's decision by mid-week, and for the case to be challenged up to the state's highest Court of Appeals.

Tens of thousands of New Yorkers have already completed their ballots and sent them back to their local boards of elections to be tallied in the Nov. 8 general election.

The state Board of Elections mailed out more than 343,000 absentee ballots to registered New York voters as of Oct. 5, receiving more than 17,100 ballots back earlier this month, according to the agency. Now almost two weeks later, BOE officials expect that number is thousands of ballots higher, but the department does not have an updated figure.

It's unclear how the judge's decision will impact all, or some, of the pending votes by mail.

Until then, the state BOE will continue to process and send out absentee ballots to voters as normal until the judge rules any changes to absentee balloting or canvassing procedures.

"It will throw our election into chaos, and I think that nobody wants that," said Jerry Goldfeder, a longtime election lawyer and director of the Voting Rights and Democracy Project at Fordham Law School. "I certainly hope nobody wants that."

Time is of the essence with three weeks to go until Election Day. Counsel continue to disagree the case will reach the highest court and a decision will be made in time.

The U.S. Supreme Court has ruled election laws and regulations should not be changed close to an election date.

Several other U.S. states like Colorado, Oregon and Washington hold their elections completely by mail. Elections held by mail have no greater incidence of voter fraud.

"It's incumbent on those who challenge the argument that somehow mail-in ballots are different enough and cause enough problems that that system should be challenged," Horner said. "There is no evidence that I've seen that that's the case."

Goldfeder, a longtime election lawyer, says the ongoing legal challenge shouldn't impact how a registered voter in New York chooses to cast their ballot on Nov. 8.

He added New Yorkers should be confident their votes will count whether by absentee, through early voting or in person on Election Day.