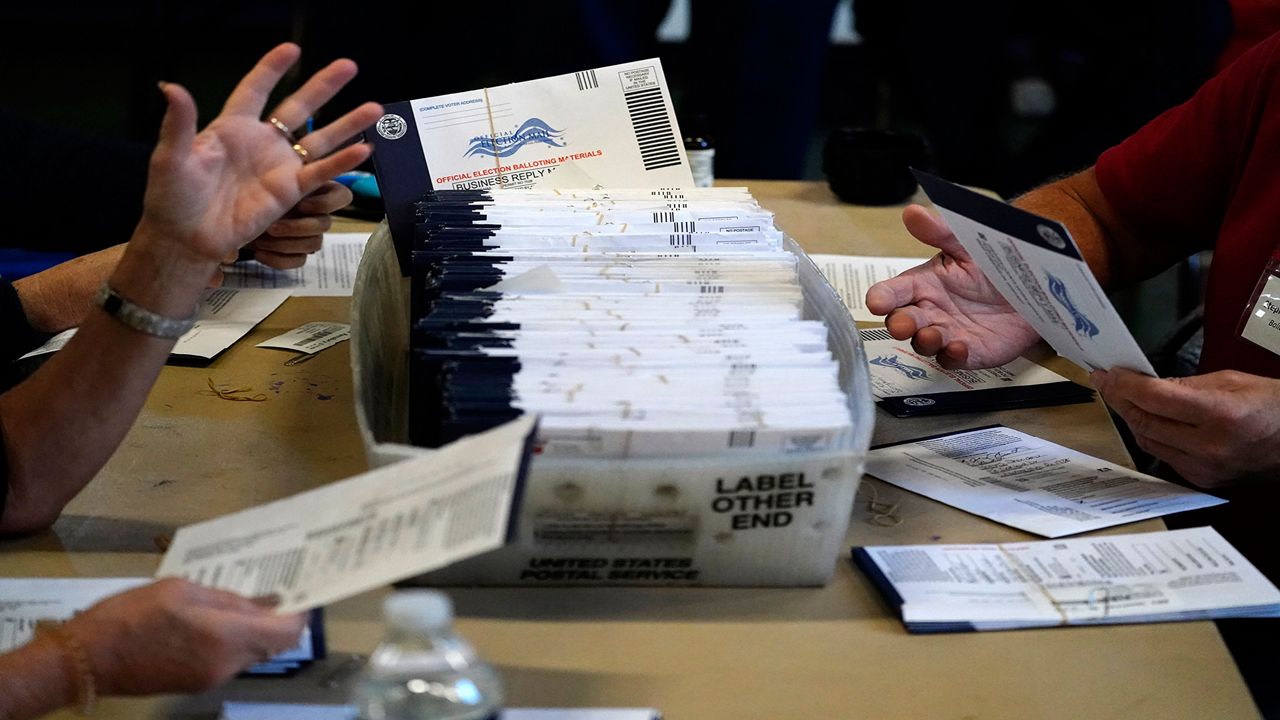 BUFFALO, N.Y. -- The New York state Conservative and Republican parties are among the plaintiffs who filed a lawsuit this week in state Supreme Court in Saratoga County challenging parts of the state's absentee ballot process.

"What it's about is simply a major concern that the Democratic Party is attempting to use the absentee ballot process to unfairly enhance their vote this November," Conservative Party Chair Jerry Kassar said.

He believes a new law the governor signed last year to accelerate the absentee process by allowing boards of election to count absentee ballots as soon as polls close on Election Day, while simultaneously barring voters from casting a regular ballot at their precinct or during early voting, constitutes voter suppression.

"All these manifestations, little additional hills to climb, we think are really going to impact our voters more who tend to be the voters that want to come in on election day or early voting," Kassar said.

The suit also challenges election rules allowing voters to use fear of COVID-19 as an excuse to request an absentee ballot.

"The state of New York acknowledges and the president of the United States acknowledges there is not a COVID pandemic currently occurring and as such we don't see how the fear of COVID could be considered a reason," Kassar said.

The chair claims Democrats have been mailing out absentee applications with the fear of COVID-19 excuse pre-completed. The lawsuit asks for injunctive relief with regards to those applications that have already been submitted.

Kassar believes the party is essentially promoting a workaround to make absentee ballots universal vote-by-mail even though New Yorkers rejected a proposition that would have done just that last year.

"I think if they're honest about it, they would admit they actually mailed people a workaround," he said.

"We deserve and our voters deserve to have a full airing of issues right through the last minute," Kassar said.

The plaintiffs have asked the judge to move quickly with the November election nearing, as well as grant a preliminary injunction temporarily halting enforcement of the challenged provisions. The first hearinmg is Tuesday.

The governor's office would not comment on pending litigation.