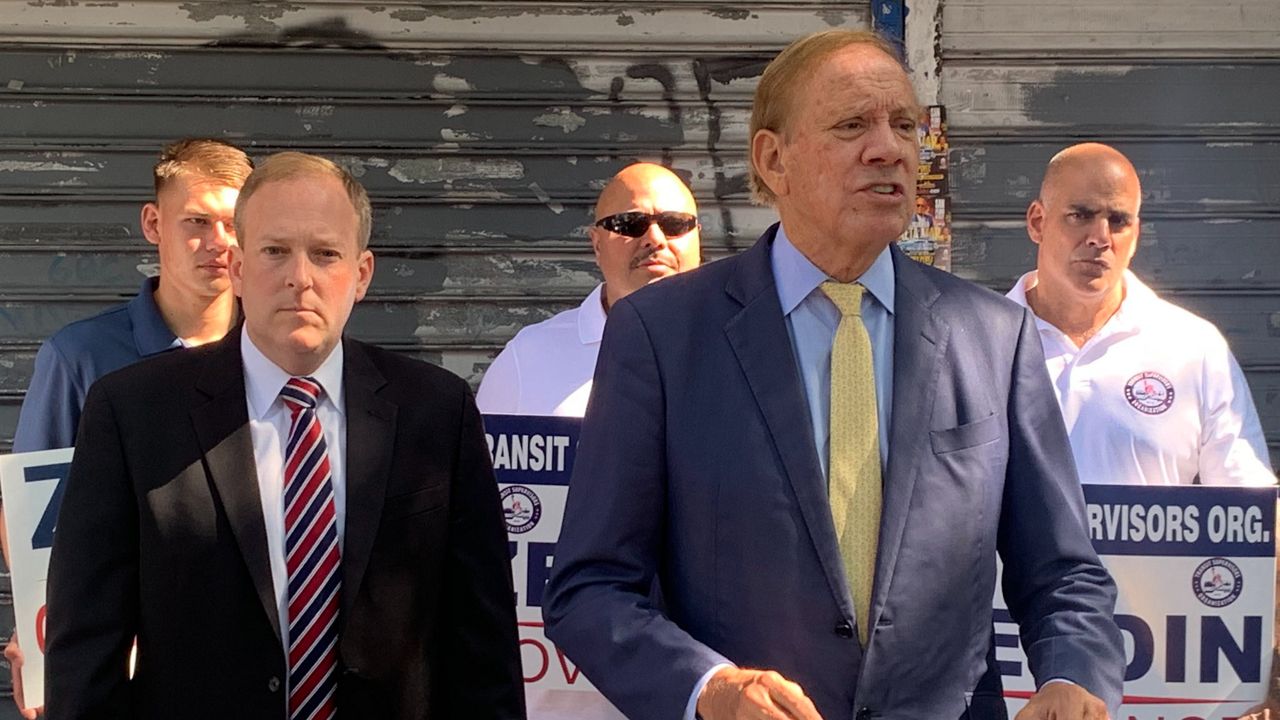 The Republican candidate for governor, Long Island Rep. Lee Zeldin, picked up the endorsement of former Gov. George Pataki, the last Republican to be elected statewide in New York 20 years ago.

“I’m here today for one purpose. And that’s to proudly endorse Lee Zeldin as the next governor of New York State,” Pataki said.

The endorsement of the three-term governor came less than two months before Election Day.

“So I thank Gov. Pataki for being here. He has never stopped looking after this community,” Zeldin said.

Meanwhile, the Gov. Kathy Hochul campaign is out with a new ad that attacks Zeldin for his coziness with former President Donald Trump.

“He’s been called one of Trump’s strongest allies,” the narrator says. “As a member of Congress, he voted to overturn the presidential election. Called the Supreme Court’s ruling to ban abortion ‘the correct decision.’”

When asked about each of those issues, Pataki declined to take the bait. When it comes to Trump, Pataki said it’s not about the former president.

“This isn’t about the past, it’s about the future. And everyone wants to talk about what happened years ago. It’s not about Trump or Putin or Zelensky or the Queen of England,” Pataki said.

“The abortion laws aren’t going to change. That’s just a fact. Politics is the art of the possible. And so the issues in this campaign should be crime. Should be schools. Should be quality of life,” Pataki says.

“I am here today for one purpose and that is to proudly endorse @leezeldin as the next Governor of New York State.”

Zeldin also took a swipe at Hochul for failing to take action on the crisis of migrants being bused to New York and seeking shelter. Zeldin said while it’s primarily the responsibility of the federal government, Hochul should also be addressing the issue.

NY1 asked Hochul last week if she has reached out to Texas Gov. Greg Abbott.

“Those who are sending them?” Hochul responded. “I have not.”

Zeldin’s campaign events have been at locations where high-profile crimes took place, hoping to send the message Democrats are not doing enough to stop violent crime. Last month, a fatal stabbing took place at the Inwood bodega Zeldin and Pataki held their press conference Tuesday.