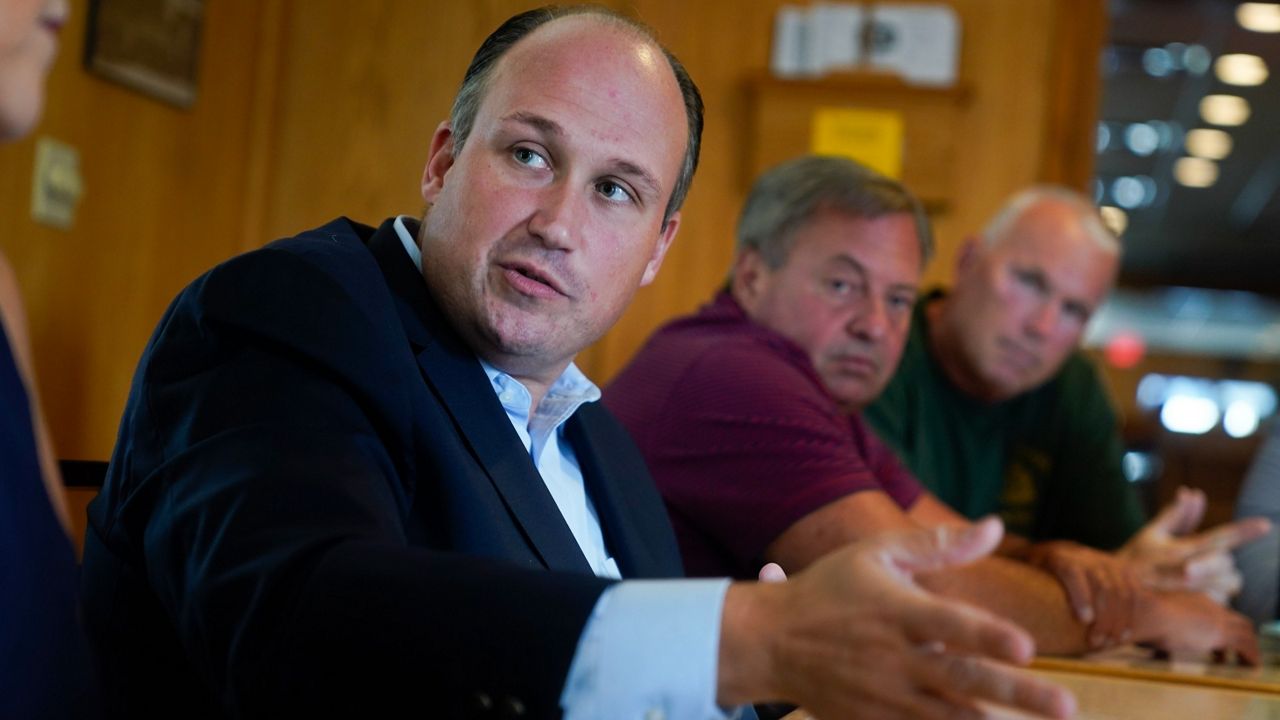 WEST SENECA, N.Y. -- National Grid is forecasting typical customers will pay about $263 or 39% more than last year on natural gas between the beginning of November and end of March in order to heat their homes.

"That is a staggering increase that is simply unaffordable for many, many people across Western New York and the Southern Tier," Republican congressional candidate Nick Langworthy said.

"If voters give me the privilege of serving in Congress, I will make lowering our energy costs in this district one of my absolute top priorities. Now House Republicans have proposed an all of the above energy policy that makes our energy affordable, keeps our country secure and brings us towards the future," Langworthy said.

SUNY Economist Fred Floss said oil and gasoline prices are dropping and he expects natural gas to follow. Floss said blaming the costs on the administration lacks nuance as the country comes out of the COVID-19 pandemic, weather-related events have shut down refineries and Russia is threatening to cut off natural gas supply to Europe.

Floss said government programs that incentivize more efficient heating systems and alternative methods of heating like solar or geothermal energy should actually reduce the price of natural gas because there will be less demand.

"To talk about a spike for a month or two, really is sort of irrelevant to the discussion we should be having which is how do we move forward," he said.

This comes as inflation again increased in August with Consumer Price Index 8.3% higher than a year ago. On Wednesday, Vice President Kamala Harris is in Western New York to tout the $750 billion Inflation Reduction Act but Langworthy believes, not only has it not worked, it may be part of the problem.

"At the end of the day you have all sorts of excuses, whether it's supply chain issues, but I really have a feeling that spending too much money has gotten us to this point," he said.

Floss said you can't blame the government for inflation.

"It's not under their control," he said. "There may be certain policies that make inflation a little bit worse or a little bit better but for the most part, inflation is really caused by the markets so for individuals to blame one another, that really is not productive."

Langworthy said one key thing he is pushing for is to end New York's ban on fracking for natural gas, specifically in the Southern Tier, which he says would not only create a larger reserve but also jobs.