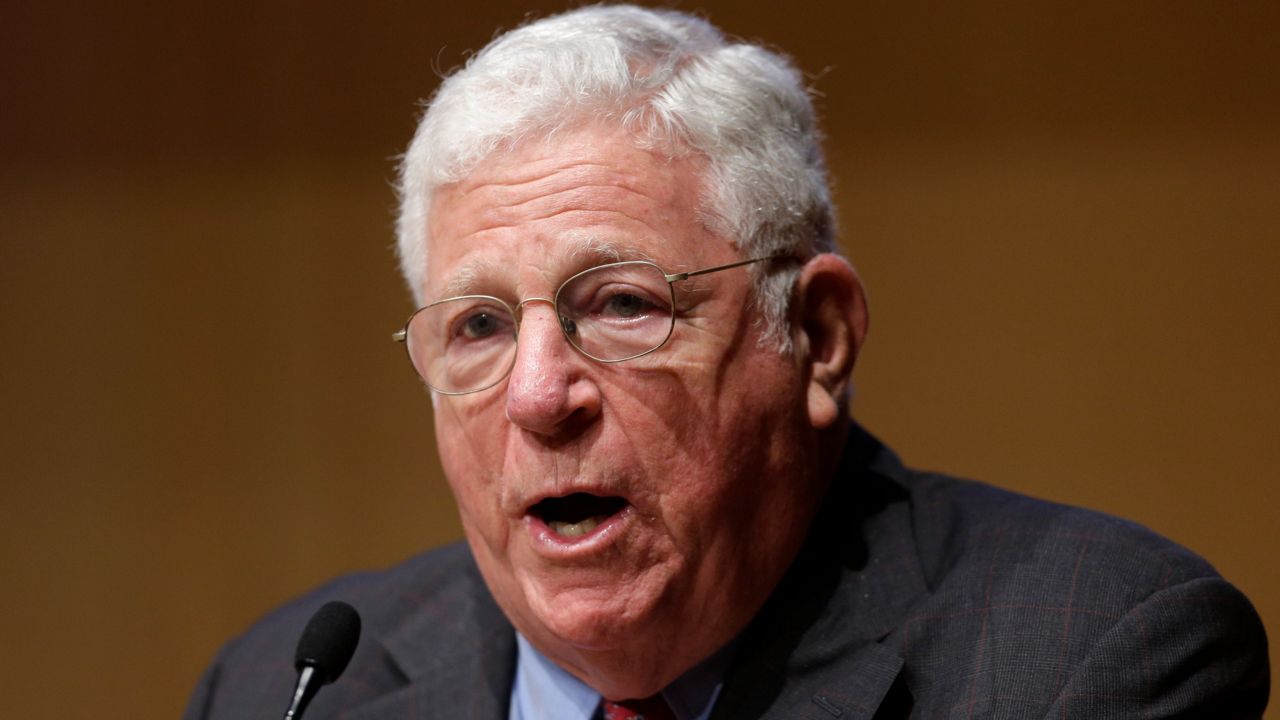 Richard Ravitch’s breadth of experience is enormous. He’s an economic policy expert and a board member of the Volcker Alliance. He served as New York lieutenant governor under David Paterson. He was the former head of the MTA, a former chief labor negotiator for Major League Baseball and one of the handful of people who helped save New York City from going bankrupt in the 1970s.

Much of this is detailed in this 2014 book, "So Much to Do: A Full Life of Business, Politics, and Confronting Fiscal Crises."

In 2010, Ravitch issued a report on the state’s Medicaid program. He made plain that the program’s growth threatened New York’s financial stability. In his report, he called for limits on medical malpractice awards and questioned the idea of “spending down” to qualify for nursing homes. The report was not politically popular, but behind closed doors, many politicians acknowledged the need to implement his reforms.

“Well, if you’d asked me a month ago, I would have said better than she’s doing today. But I think she’s a valued, talented, basically honest person,” said Ravitch.

According to Ravitch, Hochul isn’t being as forthcoming as she should be on some financial issues.

“She not giving straight answers to a lot of questions that are coming up in the foreseeable future. New York’s going to have a lot of problems,” he hinted.

When asked to be specific, he dipped a toe into a few weeds.

“She should be concerned about repaying the federal unemployment insurance debt, how that’s going to happen. She should be concerned about whether she has reserved enough money. She’s been careful about reserving money from federal largesse to help the state during a period when that money’s going to run out, so she’s spreading it out over a period of time,” Ravitch stated.

But her biggest problem, according to this former head of the MTA, is the MTA.

“It is in deep trouble financially,” Ravitch said. “And whatever solution (is chosen) will have an impact on state taxpayers or riders. Either the system goes under or New Yorkers pay more taxes to support the public transportation system. That is a terrible choice for a governor to have to make. And I think she’s handling it as well as possible, in waiting until after the election.”

Capital Tonight mentioned that this timing is politically expedient.

“I don’t mind political expediency, that’s what democracy is all about,” he replied.

Ravitch reminded viewers that New Yorkers already pay among the highest taxes in the nation and has the most amount of debt per capita of any state in the country.

“How that is going to [affect] vocational decisions and politics is an interesting question," he said. "I think [Republican gubernatorial candidate Lee Zeldin] is trying to take advantage of vulnerabilities which are not her fault. I hope she has the right people around her. I don’t know any of them. She’s an intelligent woman. I’ve known her since she worked with my friend at M&T Bank.”

When asked what his advice would be for the leaders of upstate cities and towns whose budgets have systemic gaps, he recommends that future pension tiers are amended so they are less generous.

“I think [municipal leaders] have to address the reality of it. I do not think you diminish retirement benefits. People have worked in public service for 20-odd years. I think you have to fund it. I think you have to reexamine what benefits you confer upon new employees so you don’t reinstitute the liability at the level that it is now,” explained Ravitch.

Is there a state that’s a model? A state that’s handling its financial house in a way that New York could emulate?

“There are, out west,” he said, giving no specifics. “But the demographics and the economics have changed there as well. People are leaving California because of taxes, moving to Texas. And there are people moving to Florida for tax reasons, for climate reasons. It’s hard to differentiate because we don’t know what the motive is.”

On population loss in upstate New York, Ravitch chalks it up to a series of demographic changes.

“The interesting thing is we do not have meaningful statistics about locational decisions. We don’t know how many people have left New York City because of taxes,” Ravitch said.  “All I know is we’ve got a lot of multi-zillion dollar apartments on Central Park West and Fifth Avenue and they’re still occupied.”