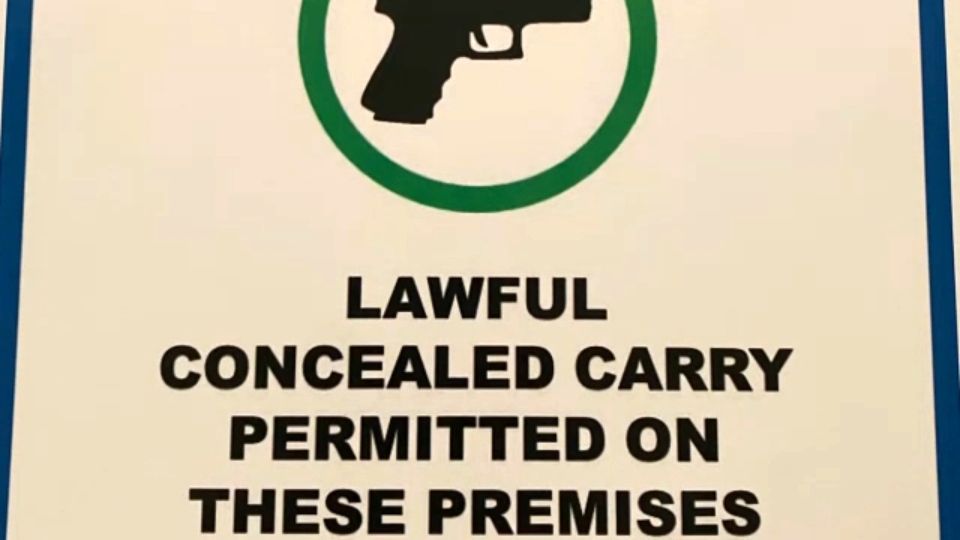 LOCKPORT, N.Y. — New York's new gun law requires businesses to make clear to customers, typically with a sign, if they want to allow concealed firearms on their property.

Niagara County Sheriff Michael Filicetti said he's unsure how well-known that is, so his office crafted its own sign to distribute.

"It looks official so I think people will recognize it that it's something they can acknowledge," he said.

Filicetti said just in the first day the office made the sign available, about 120 businesses requested one.

"We've had a significant response," he said "I think you're going to see quite a few of those signs around the county."

The easiest way to request a sign he said is for the establishment to update its business registry information with the county online. The sheriff said he's not keeping track of which businesses are concealed carry zones and which are not.

"So that nobody has any concerns here that that registry's going somewhere. It stays internally. It's for our use in a dispatch center type operation and that's the only reason," Filicetti said. "I'm not keeping lists or providing anybody lists of who has the signs. I think it's a personal choice for a business."

Filicetti is not a fan of the law in general.

"I think it pits business owners against some people that may not be pro-gun or things like that, so you've really put businesses in a terrible spot," he said.

The Republican believes, if anything, the law is backwards and businesses who don't want to allow concealed carry should be posting the sign. At the same time, he doesn't believe gun-free zones work either.

"If they worked, I would take a bunch of them and hang them around our high crime areas here in Niagara County, and by that theory we would reduce our crime, so I think it's backwards the way the state has crafted this law," he said.

The sheriff said he put out a memo to his deputies to take the complaint if someone is accused of violating the state's new concealed carry rules, but no arrest should be made without his approval.

"I can tell you that we are very busy handling actual crime in this county and this will not be a high priority for this office," he said.

Filicetti said he's frustrated law enforcement has unsuccessfully lobbied the state to reconsider reforms to things like bail, parole and the age of criminal responsibility - but quickly passed these new laws following a Supreme Court ruling.