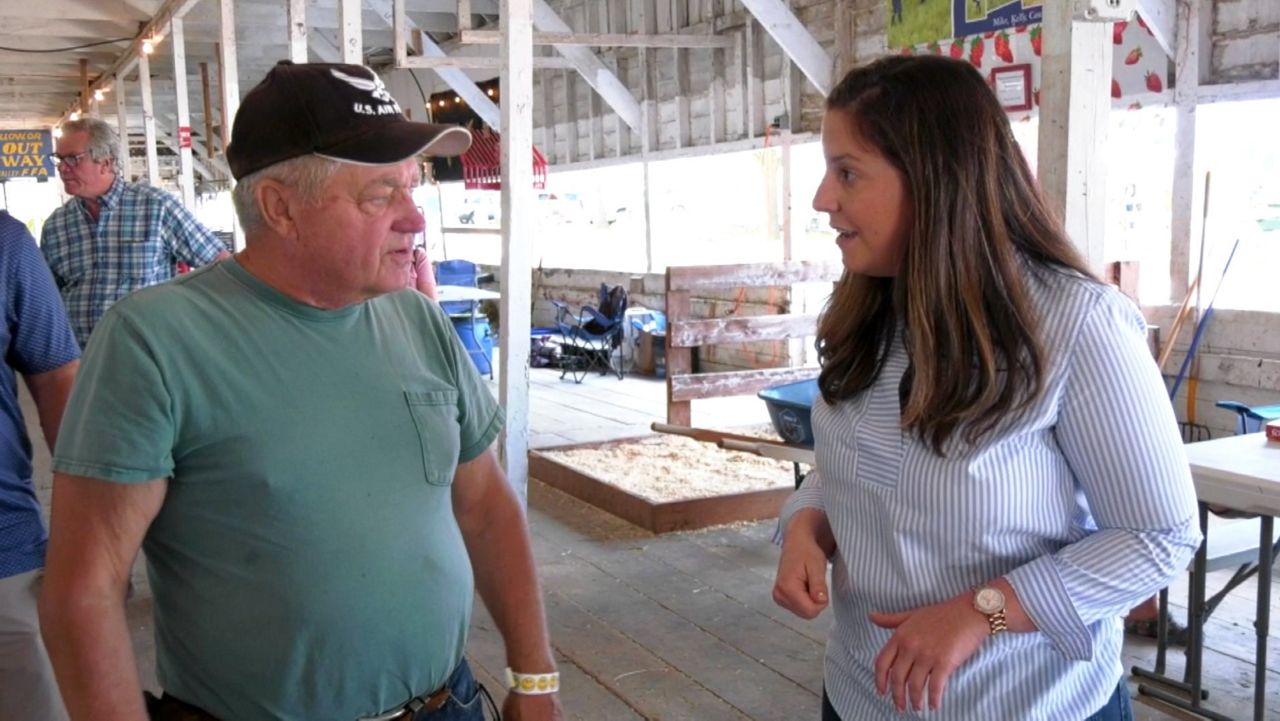 Path to Power: Rep. Elise Stefanik’s constituents disagree on what her 'evolution' means

Travel across U.S. Rep. Elise Stefanik’s sprawling North Country, New York district, and you will meet constituents who say the congresswoman has changed.

But they disagree on what that evolution means, with some welcoming it and others left frustrated.

Take Franklin County beef farmer Jack Tierney, who has lived in the Malone area near the Canadian border since the 1970s. He has high praise for Stefanik, calling her “fantastic” and saying he could “use 10 more just like her” in Congress.

But he was not always so eager to offer such a ringing endorsement, especially when she was first elected.

“I can remember calling her office and saying, 'we don’t need a Republican that’s going to act like a Democrat. We need a true conservative, and we don’t need wishy-washy or RINO Republicans,'” he said.

Coming up at 7pm on @CapitalTonight & @InsideCityHall ... part 2 of my series, charting @EliseStefanik's path to power.

Tonight, I bring you along for the ride across her North Country district, talking to locals to get their take on the congresswoman.

Among them, this farmer👇 pic.twitter.com/8yz0CrWp1F

One of the reasons he likes Stefanik now, he says, is her willingness to defend former President Donald Trump.

When Trump first became a candidate in 2016, Stefanik kept her distance while saying she would support the eventual GOP nominee. She now is one of Trump’s staunchest advocates in Congress, proudly calling herself “ultra-MAGA.”

Like Tierney, other supporters have noted an evolution, too, including St. Lawrence County farmer Russ Finley.

In 2018, he launched a quixotic primary challenge against Stefanik, labeling her a Republican-in-Name-Only.

Now, he is a believer, and says he would no longer describe her as a “RINO.”

“Over the course of time, she had the chance to evolve to a more conservative position that she’s in now — and stronger position,” he said. “Once Trump got in, it really opened people’s eyes to say we need a fighter.”

The district’s embrace of Trump

Stefanik’s turn toward Trump-ism mirrors the evolution of her North Country district.

In the five years before Stefanik was elected in 2014, Democrat Bill Owens was the congressman there.

Counties like St. Lawrence and Franklin voted for Barack Obama in 2012, and then swung dramatically to Trump in 2016 and 2020 — part of a tectonic shift of voters in largely white, rural areas across the country.

“I think it shows that President Trump and the Make America Great movement has really expanded today's Republican Party — people who felt that they've been left behind by the status quo in Washington,” Stefanik said in an interview with Spectrum News 1, when asked about the change seen in her district.

The massive, newly redrawn 21st Congressional District stretches from the outskirts of Albany, across the Adirondacks, edging along Vermont and Canada. 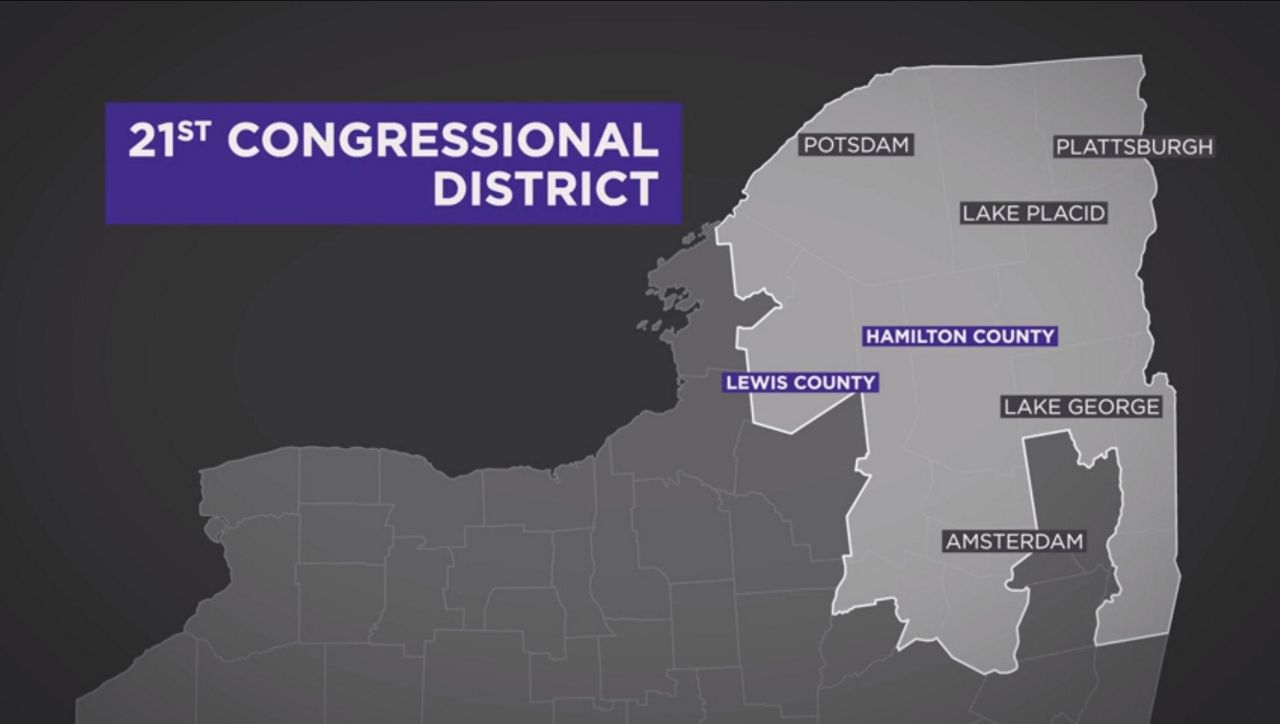 Across the district, Stefanik has many fans, including many pleased by her closeness to Trump.

“I like the freedoms that she stands for. I like that she’s not overbearing,” said Paula O'Neil, of Northville.

Like some of her supporters, some Stefanik detractors in the district also argue that she has changed, but not for the better.

Kristine Layo, a Democrat from Norfolk, said she once voted for Stefanik.

“I did like her in the beginning, but when Trump became president, she became such a Trump follower that she acts like him now. And that kind of turned me off her,” she said.

Others see Stefanik as putting her pursuit of power first and foremost.

“When the Republican Party was more of a governing party, she was part of that. And now [that] it’s become more of an authoritarian party, she’s part of that,” said Ellen Beberman, of Vermontville.

“I think she’s more interested in power that she can get and moving up in the Republican Party than she is representing the people,” said Phillip Burnett, of Rensselaer Falls.

The congresswoman on 'change'

Asked what she has accomplished in Congress, Stefanik cites her work securing funding for rural hospitals and Fort Drum, pushing to reopen the northern border as the pandemic eased and updating the North American Free Trade Agreement.

In Washington, though, it is her political moves that have people talking.

Last year, Republican House members voted to replace Wyoming Rep. Liz Cheney with Stefanik as GOP Conference chair — the number three ranking Republican in the chamber — in part because of her allegiance to Trump.

Her new role will boost her clout in the House if Republicans gain the majority in November.

Asked if he thinks she has evolved, fellow New York Republican Rep. John Katko, who joined Congress alongside her in 2015, said she is reflecting her voters.

“We have to represent our constituents' viewpoints and values,” he said. “That’s what she’s doing and that’s what I’m doing.”

Stefanik, for her part, dismissed a question as to whether she has changed.

“I've been a hardworking strong conservative voice since I ran for office. I've always strived to give this district a seat at the table at the highest levels. And I'm going to continue doing that. And I'm not going to apologize for it,” she said.

Political handicappers rate her a solid favorite to win re-election this November.