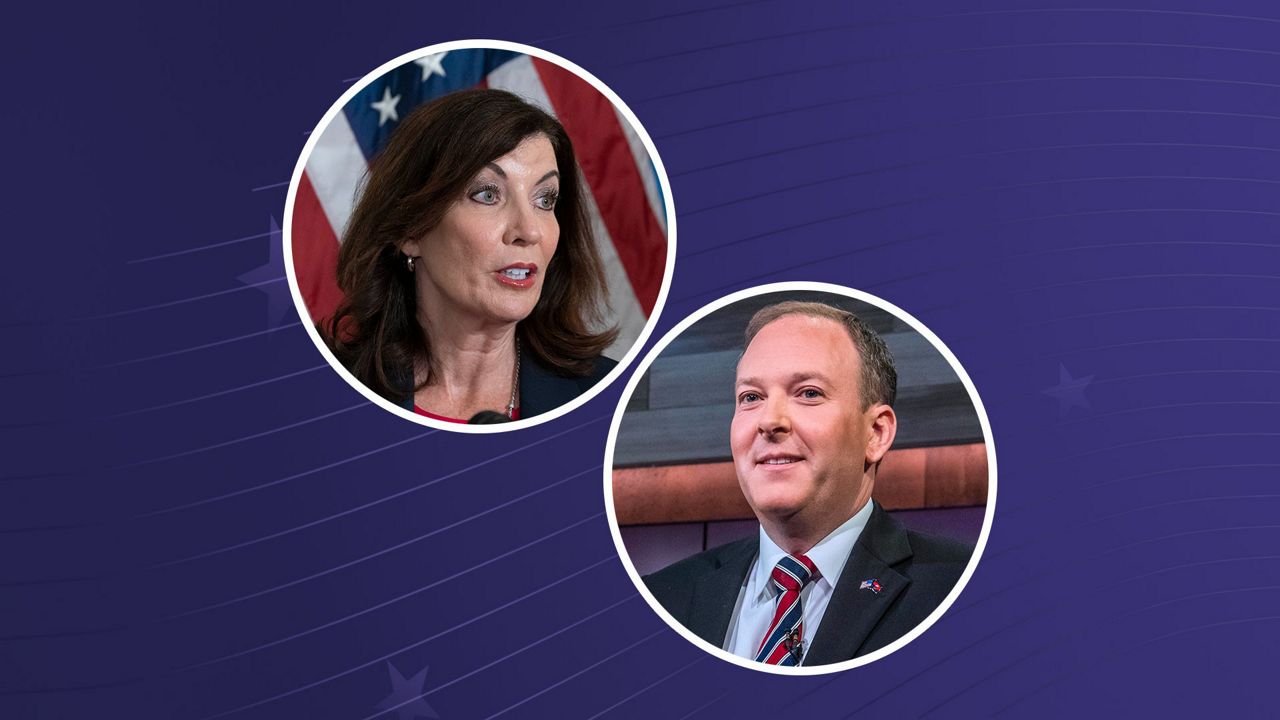 "I think New Yorkers are ready to move on and I think that us sounding the alarm today that Lee Zeldin is not your grandfather's Republican resonates," he said.

"What happens when individuals like this continue to perpetuate a lie and want to be the governor of New York? We know what happens," Poloncarz said. "They will follow the same playbook as Donald Trump, disregarding not only the U.S. Constitution but the New York constitution."

Second, they said Zeldin's stance on abortion rights doesn't jive with the majority of New Yorkers.

She warned the candidate has signaled he would be interested in appointing a health commissioner who does not support abortion rights, even as the Zeldin campaign has downplayed those comments.

"He's basically telling women in this New York state that he cares more about his radical agenda than he does about their health care," Wallace said.

Finally, in a region where earlier this year a mass shooter murdered 10 Black people, Poloncarz condemned Zeldin for voting in Congress against a federal assault weapons ban.

"You can tell how badly the Democrats are afraid of losing when the only things they want to talk about are guns, abortion and Trump. That's all they have because they can't talk about the job they've done here in New York," he said.