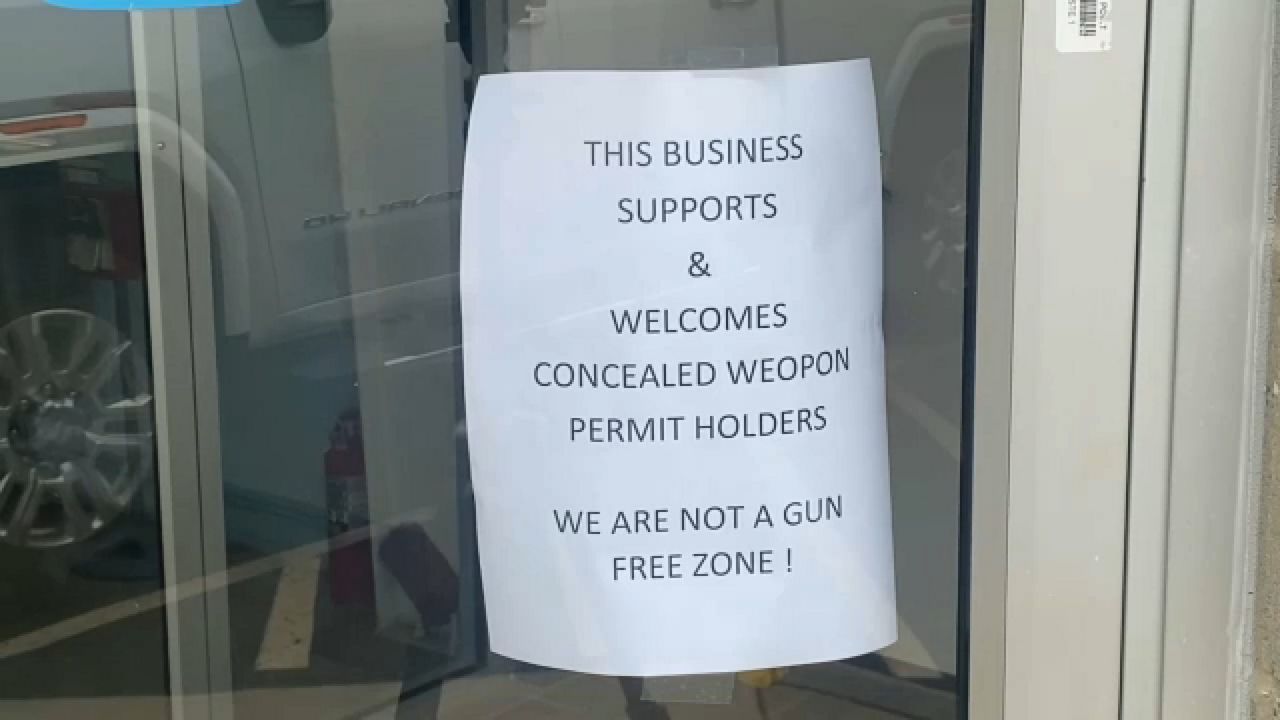 NORTH TONAWANDA, N.Y. — The small sign on the door at Smith Boys marina in North Tonawanda may be perceived as a big statement by some.

However, sales manager Rob Smith said he didn't think twice about establishing that the business is not a gun free zone.

"In our opinion, it wasn't really a decision. It's your constitutional right. You've gone through a background check. We did it day one," he said. "The fact you have to do it all is ridiculous."

Smith believes New York's new law, which went into effect at the beginning of this month that requires businesses to post a sign if they want to allow people to carry concealed weapons, is backwards.

"If you don't want somebody in your business with a gun, that should be the sign that goes up. If you don't have one then it's automatically assumed that you can," he said.

He said Smith Boys was not concerned about backlash from customers who support more gun restrictions in public but believes it could be hindering other businesses from posting a similar sign.

"I think some of it's they don't know the rules, some of it, they're just afraid of being persecuted and canceled by the left," Smith said.

That being said, the sales manager said he hasn't really faced much negative backlash for supporting and welcoming concealed weapon permit holders. In fact, he said it's been the opposite.

"High fives and pat on the backs from customers, from boaters at other marinas," Smith said. "I've seen it shared, the picture of it shared on multiple boating sites across Facebook and stuff with high fives and 'way to go.'"

He said the marina has not really had security issues in the past but he feels more secure knowing if there are issues there may be a licensed person with a firearm.

"My job is to protect myself and my family," Smith said. "Unless you're going to have a cop walk with me everywhere I go, if you tell me I can't carry there, now the liability's on you."

He believes the courts will overturn the new laws but until then, Smith said the sign will stay in the window.