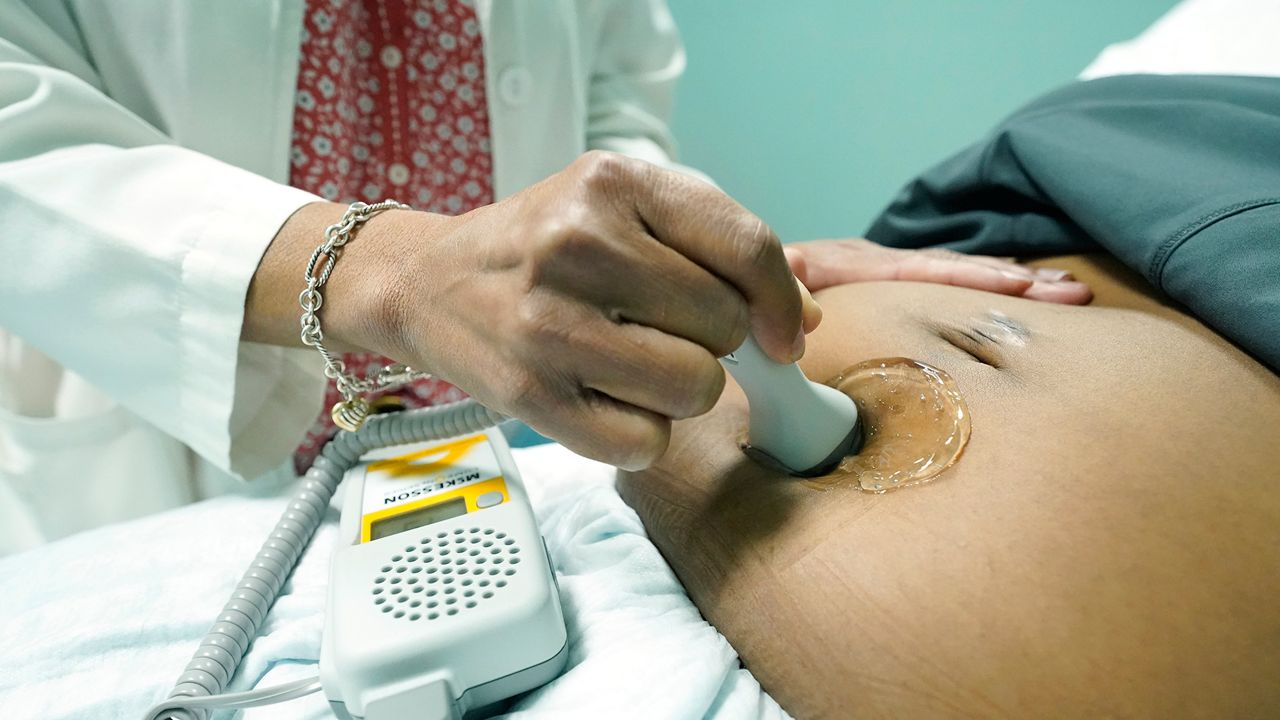 Cesarean births take place in New York at more than twice the rate recommended by the U.S. Centers for Disease Control & Prevention of 10 to 15%.

At nearly 34%, New York ranks 12th in the nation for deliveries by C-section.

Surgical births can be necessary to save the mother and child, but many occur out of convenience, inadequate communication or education with the patient and implicit bias.

"We haven't done all we can, and it starts with educating women," said Assemblywoman Amy Paulin, a Democrat from Scarsdale. "And we have to do that in a much better way."

Paulin sponsors four pieces of legislation to improve the state's surgical birth and maternal mortality rates. One was recently signed into law requiring hospitals to post the last five years of data surrounding maternity procedures, like C-sections and episiotomies, on their website.

The pregnancy-related death rate is nearly twice as high for cesarean delivery, which increases the risk for infection and to develop other health issues. The rate of cesarean births and risks are substantially higher among Black women and people of color.

The maternal mortality rate for Black women was more than four times greater than white women in 2018, according to the state Health Department, and Black babies are four to six times more likely to die than white babies.

"What's the reason for and the cause of these disparities? That's in part, if not in large part, bias," said Tisha Graham, co-founder of BirthNet, a birthing justice group. "In large part, it is institutional racism. That's what we see."

Graham, a professional midwife and educator, works to eliminate racial inequities in maternal care in the Capital Region. Organizations like BirthNet are focusing on training more people of color to be midwives, doulas and lactation consultants to help bridge the gap in the maternity care system. She also stressed better training for doctors and health providers to help reverse the legacy of institutional racism in health care.

More than 45% of those deaths were related to discrimination.

"People who are not having those conversations and repeatedly putting women of any race on a table time and time again, I feel like need to be held accountable because this is about life," said Grant, who works as the midwifery director at NYC Health + Hospitals/Woodhull. "This is about people not being able to raise their children. This is about looking at pictures on a mantel and the mom is not there. This is serious and it can shift if people are willing to shift their consciousness."

Paulin continues work on two pieces of legislation that died this session to create a cesarean births review board to lower the rate in New York and require a health provider to provide written communication about the risks to each woman who schedules or has a cesarean delivery.

"The claim from the physicians is that it already happens, and I can tell you, it doesn't," the assemblywoman said.

One of Paulin's former staffers nearly hemorrhaged after her doctor recommended she give birth via a cesarean delivery. It was not her first, and she was not warned of the increased risks or other options.

Paulin, a mother of three, recalled the advice she received from a doctor when she was pregnant with her first child in the late 1980s.

She was barely into her second trimester when a provider encouraged her to schedule a C-section delivery.

"Those conversations don't happen because women don't know what the questions are to ask, and this letter would provide that information," Paulin said of her proposed legislation that passed the Assembly this year.

It died in the Senate Women's Issues Committee.

Another one of Paulin's bills that awaits Gov. Kathy Hochul's signature would provide a premium reduction for physicians and licensed midwives who complete a midwifery or obstetrics risk management course. Former Gov. Andrew Cuomo vetoed the measure in 2019 because insurance companies wanted to prevent medical professionals stacking discounts, or getting multiple 5% reductions for taking existing risk reduction courses. The measure was tweaked this year to prevent that​ from happening.

The governor has not indicated if she will sign the measure.

"We are reviewing the legislation and will respond accordingly," said Justin Mason, a spokesman with Hochul's office.

The leading causes of pregnancy-related death in New York are embolism or hemorrhage at 20% each and 15% due to mental health conditions, according to the 2018 DOH report.

“The path to progress on maternal mortality must address racial disparities in outcomes through an integrated approach that spans the entirety of the health care system," State Health Commissioner Dr. Mary T. Bassett said about the report's findings, stressing DOH is working with community partners to address the issue.

"This includes expanding access to maternal care and services, increasing access to birthing centers, doulas and midwifery centers and providing postpartum coverage for all individuals eligible for Medicaid while pregnant from 60 days to one year after they give birth," Bassett added. "In addressing the persistent disparities experienced by pregnant New Yorkers and specifically, Black New Yorkers, we will work to change them.”