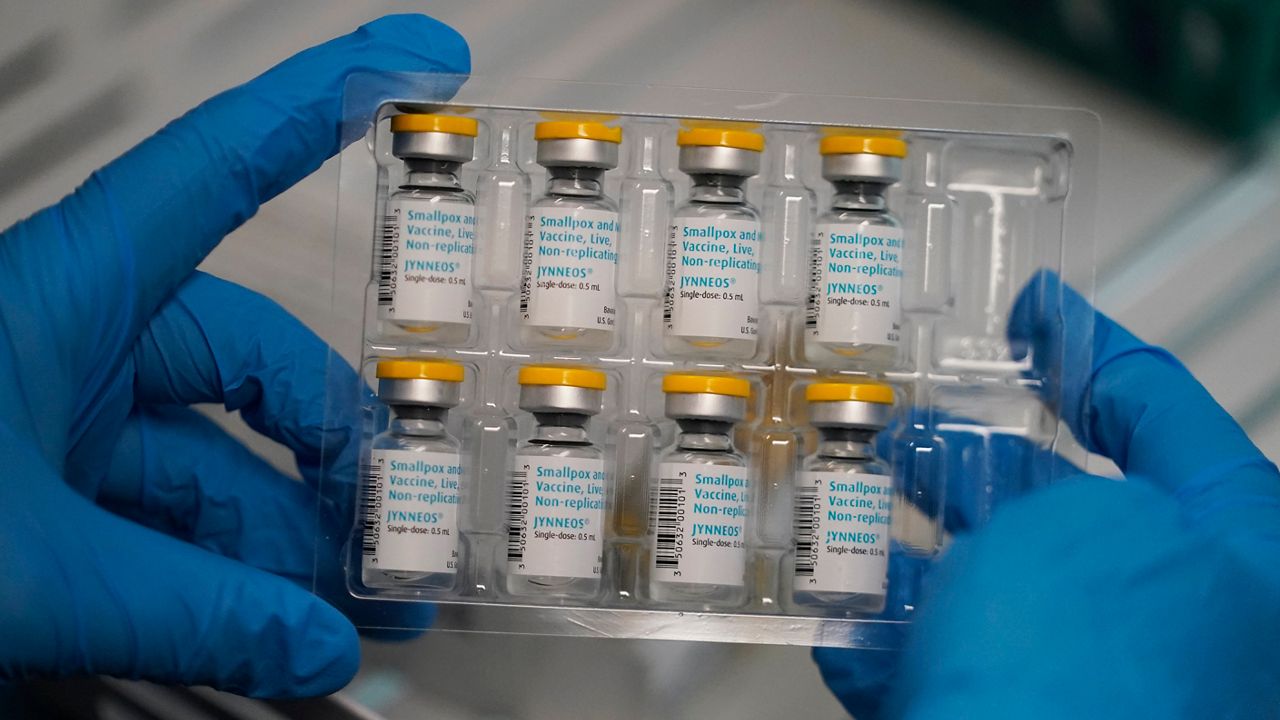 Lawmakers are sounding the alarm as New Yorkers struggle to find vaccines and treatment for monkeypox, leading them to send an increased number of letters to the state Health Department and Gov. Kathy Hochul's office to call for improvements to the state's response to the ongoing outbreak.

Others are asking for additional help from the state to protect workers needing a few weeks off to recover, and stay in isolation to protect themselves and others.

"We actually heard directly from someone who went to Canada to get a vaccine," she said. "We live in the richest city in the richest country in the world and yet, we have people crossing borders northward to get access to the vaccine, so we have to do better."

Many people were aware of monkeypox, but shared their struggle to find vaccines or an appointment to get help.​

Senate Health Committee Chair Gustavo Rivera and González-Rojas, a member of the Assembly Health Committee, sent Hochul a letter urging the state to ramp up a more fair response to monkeypox — an orthopoxvirus anyone can get, but that has been most prevalent with men who have sex with men.

Monkeypox is a flu-like illness typically identified by a rash with raised bumps and most commonly transmitted through skin-to-skin contact with the lesions.​

The virus lasts an average of two to four weeks, according to the U.S. Centers for Disease Control & Prevention.

NEW: I've heard concerns that those w/ #monkeypox are advised to isolate for 2 - 4 weeks, but many don't have enough PTO

Many people lack adequate levels of sick time to remain isolated for the better part of a month, and have expressed concern about their safety.

"What we need now is to ensure that people who are exposed to monkeypox have the ability to keep themselves and their loved ones safe and knowing how to properly quarantine themselves," O'Donnell said.

The Health Department is reviewing O'Donnell's letter, but a spokesperson would not answer questions about the department's plans to issue clearer guidelines about paid leave for New Yorkers exposed to monkeypox to quarantine.

People of color continue to have disproportionate access to the monkeypox vaccine or proper treatment due to language barriers, a lack of access to health insurance, care providers and more.

At a recent town hall on the issue of racial vaccine equity in the state, Bassett noted the higher rate of African American New Yorkers becoming infected with the disease, but are less likely to have access to the vaccine.

The monkeypox vaccine is even more difficult for sex workers, homeless people and people in prison to come by.

"We have to make sure that we're getting shots in the arms of the people who are most vulnerable and have not had access to the health care system due to an inequitable health system that we operate here in New York and in the United States," González-Rojas said.

Health experts continue to encourage people with any kind of rash to properly cover it, see a medical provider and prevent contact with others to stop the transmission of monkeypox.

The state Health Department reports at least 2,187 confirmed cases of monkeypox across the state as of Thursday. A handful of cases have been discovered across upstate, but more than 93% stem from New York City.

“The New York State Department of Health remains focused on education and awareness amid the current outbreak of monkeypox," Health Department spokesman Jeff Hammond said in a statement. "Right now, those who remains highest at risk are primarily communities that identify as men who have sex with men. But, as stated by Commissioner Mary T. Bassett in an Aug. 3 press release: 'We continue to work aggressively to ensure New Yorkers have the tools needed to slow this outbreak and protect themselves, including equitable access to vaccine, testing, and treatment, as well as, the information needed to understand the virus, identify symptoms, and reduce risk to exposure. With these tools, New Yorkers can protect themselves and their loved ones from this painful virus.'"

A spokesperson with the Health Department stressed Hochul and the Health Department are strongly committed to equitable vaccine distribution, highlighting recent announcements that 170,000 doses of the vaccine have been secured for the state in several installments, including 1,000 doses designated to launch a new pilot program with providers partnered with the AIDS Institute to help reach underserved communities.

For more information about monkeypox in New York, visit health.ny.gov/diseases/communicable/zoonoses/monkeypox/